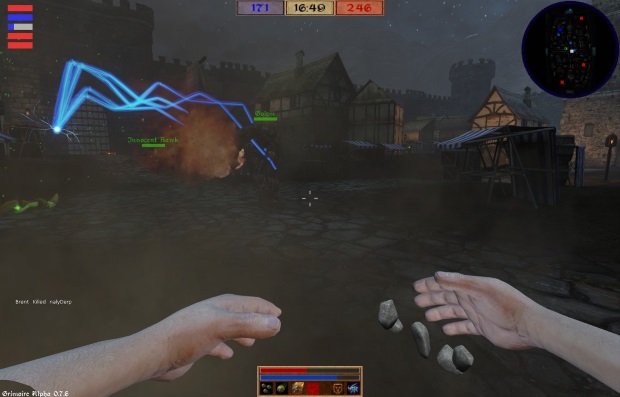 Grimoire is an intriguing FPS title. Though it is still in the Alpha Stage of development and there is much to do still, I was fortunate enough this weekend to play several matches with the developers to see what they have created so far and what to look forward to from this title. Grimoire is a first person shooter with wizards! As someone who occasionally delves into the FPS genre (moreso lately than ever) I was curious to see what will make Grimoire stand out, and I believe that it will take very little effort for it to make a statement. The goals are a little ambiguous in the mode that we played (Conquest) and the developers will be updating their Kickstarter soon to reflect how the game works a little better. It can be found here where more can be seen! 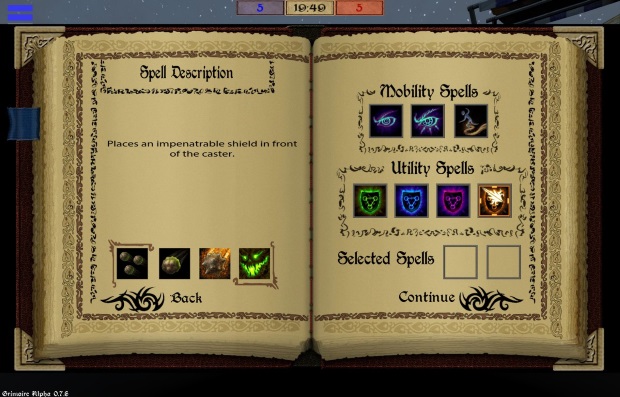 I was pretty excited to see Grimoire once I had heard a little about it. I’m a big fantasy fan, and to be able to battle it out with teams of wizards appeals to me just a bit more than teams of spec-ops. Again, this is a very early build and there is far more to come than what I’ve seen. At this particular point in the build there are five schools of magic, a generic pool of movement/defense spells, and only one game mode – but I have to say I was pretty pleased with what I did encounter. People who donate to the Kickstarter can get into the Alpha right away instead of having to wait for an early release, or a beta, so that’s pretty nice. Another interesting point is that the devs are looking to their community and fans for potential ideas for their next/upcoming classes for the game. I’m a big fan of crowdsourcing and I had no choice but to pitch an idea or two! Maybe we’ll see some awesome Time Mage shenanigans in Grimoire. 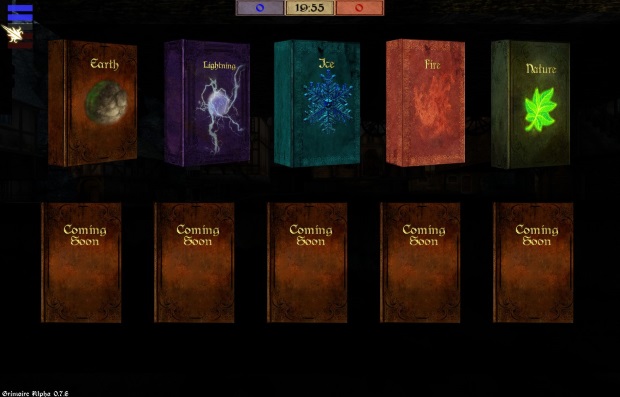 The two houses Magnus and Validus vie for the Grimoire, a powerful magical artifact. Wielding it will decide the fate of land of Aesir – who doesn’t want that? Teams of mages will group together and unleash their infinite power against one another, devastating everything in their paths. The combat really feels as fast-paced as any other solid FPS title, while offering a combo of tactical MOBA-style gameplay. Each wizard has four spells, depending on their school (fire, ice, nature, et al), in addition to a small pool of movement and defensive spells that they can call on. There are cooldowns like you would find in a MOBA so that a player cannot simply spam their ultimate spell anytime they want.

There are three different styles of controls and each has their own appeal. Later builds will implement fully customizable buttons. I did take the time to ask if there would be controller support, but nothing is set in stone for that yet, although it is being looked at. The controls are pretty solid for a game in its alpha; there are of course bugs and glitches, but that is to be expected. The actual controls themselves are fairly simple, moving around the same way that a traditional FPS would with space jumping and WASD movement. It’s a little jerky and stiff right now, but that will only get better with time. Though I have to say I was both amused and horrified as I cast my golem as an earth mage only to have it spawn on top of a lamppost, or when it pummeled a dead body with its large, angry fists. 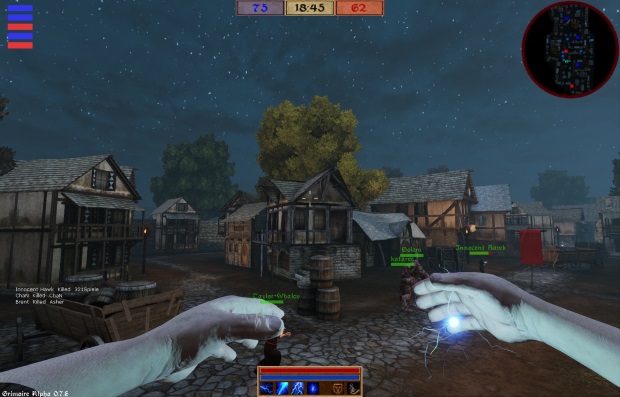 Conquest features nice large maps to navigate around, buildings to run up steps for, barrels to climb on, and other terrain to take advantage of. Victory is acquired by certain amount of points attained by holding choke points/flags that are scattered throughout the map. It does not take very long to take a flag, so it is important to keep on the move. There is not a lot known about the other modes, other than that one is a deathmatch arena mode; 3v3 or 5v5 duke it out in a nice small area where there are no respawns. I’m also looking forward to the Safeguard mode which is mentioned in their Kickstarter campaign; a group of wizards team up to fight against a horde of evil and the goal is to keep the city intact, instead of simply destruction. It should promote teamwork and strategy, which I am all for. 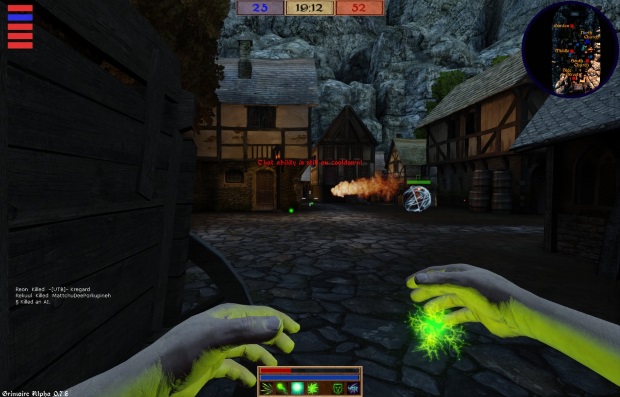 Though my playtime was briefly only an hour or so, I’m really hyped for this game! It’s still a little rough looking, but it will grow and adapt with time. There are of course things I don’t like: some of the spells can be incredibly hard to hit and their movement belies their range, and other little things like that. Some spells fire way (WAY) farther than others which is fine, because all magic is different. The classes certainly play different, and do not feel like cookie-cutter builds off one another at all. I can’t wait to see what the other classes will be, and if there will be some kind of campaign/story mode (which I would absolutely love). Far too many FPS titles go the route of Modern Military (with obvious exceptions) but it is very nice to see something break out of that mold. In some ways, I feel like this is a throwback to Heretic, only with just wizards. Who played anything but the Wizard anyway?

Want to see more Grimoire? Check out our First Look video below! 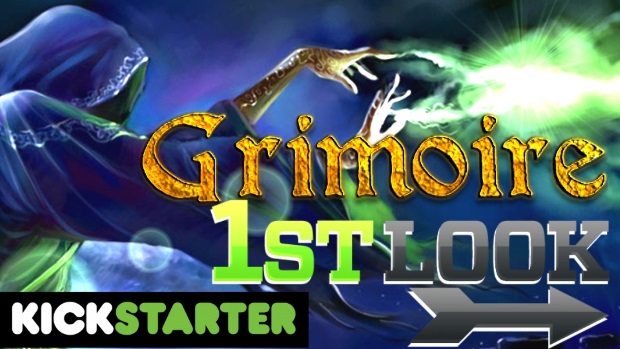