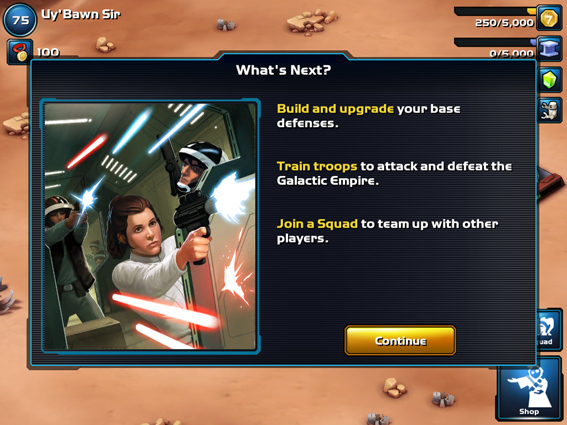 With the filming of the latest addition to the Star Wars franchise in high-gear, it’s pretty much expected that Star Wars titles will come out alongside the production. So it’s no surprise that LucasArts has released the latest Star Wars title with Star Wars: Commander, a mobile game for the iOS, Android, and just about every other mobile device you would expect a game to show up on. 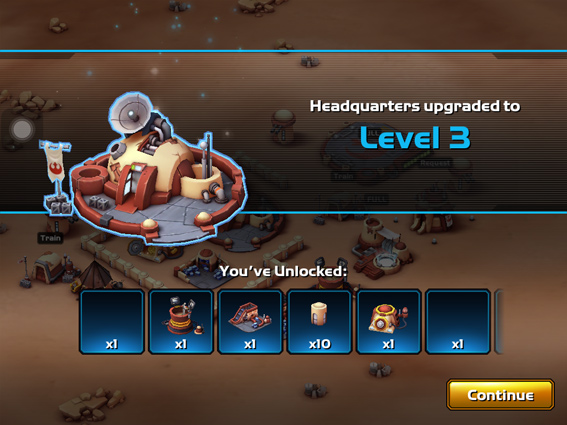 Star Wars: Commander puts you in the position of mercenaries trying to pave their own way in a war torn world. You and your NPC partner are busy setting up your base of operations in Tatooine. Commander follows the typical sim-strat gameplay where you are set to build up your resources, defenses and attacking units in your base. 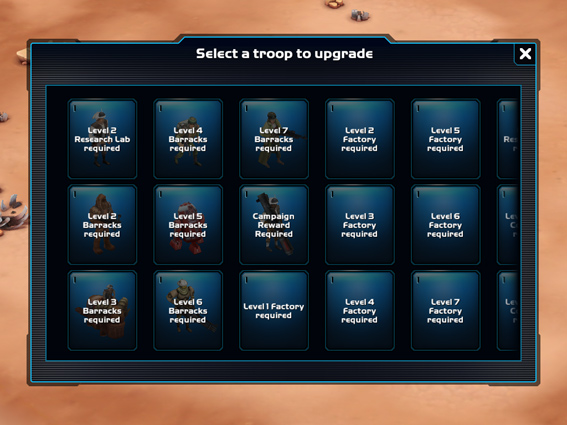 The structures that you can create in game are level-locked and building them up is time bound. The game uses the premium currency system where you can speed up structure building or unit training by using the crystals you can either earn through quests or by buying them in actual currency. 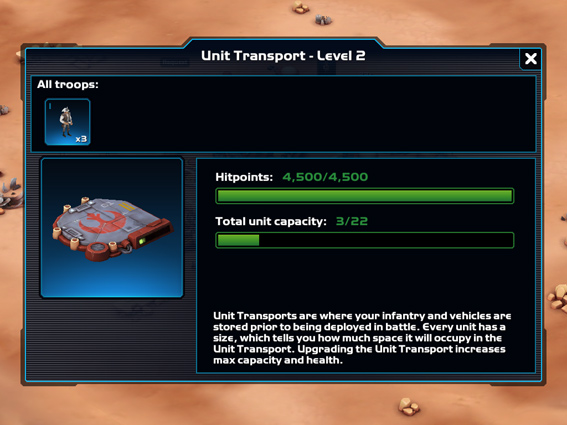 The units, typical to other titles of the genre can be created through either the barracks or the war factories. If all of this sounds spot on familiar with Clash of Clans, then you’ve guessed the premise. LucasArts is out to reskin the proven popularity of said game while banking on the popularity of units based on actual Star Wars lore.

You can create and control AT-AT walkers, wookies and even some of the more famous starfighters of both the imperial and rebel side. 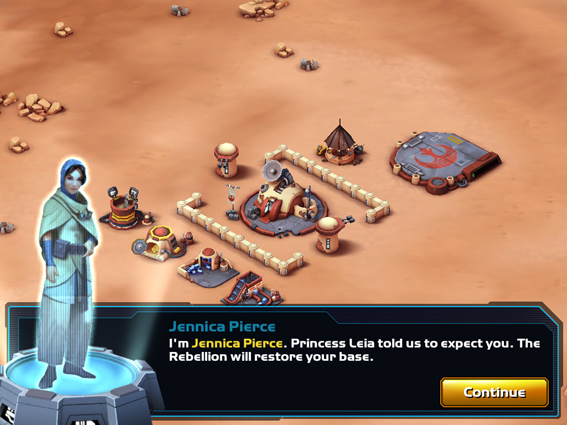 Since the gameplay itself is similarly tailored to that of CoC, Star Wars: Commander offers another element that CoC didn’t have. That would be the storyline that you’ll be following as you choose the side where you belong to. 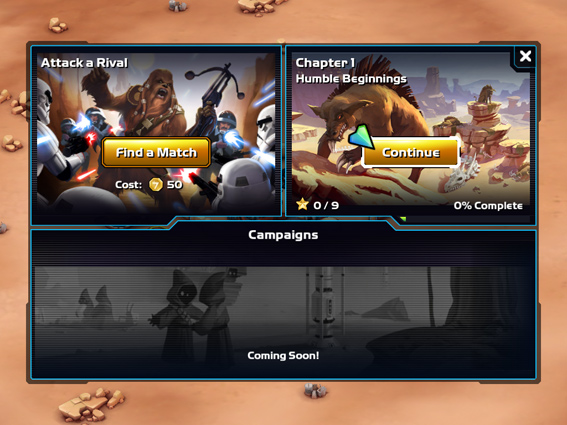 Choosing either the Imperial or Rebel side only opens up the tech tree of your chosen faction. Alongside this exclusivity are the missions that you will be undergoing for each side. You are given a brief glimpse of the mentality/philosophy each side represents, thus adding more elements to the Star Wars experience that you’d only normally expect from bigger Star Wars titles. Also, the units that you’ll be getting follow the theme of the chosen side, so even those disinterested in the backstory can still choose to set themselves apart with the brighter colors of the Rebels or darker drab colors of the Imperials.

You will also be given the option to create “hero” units relating to the chosen side at your disposal. In my run, since I’ve chosen the Rebels, I can create hero units like Han Solo, Chewbacca and even Leia. These units are incredibly stronger than the grunts and can even take down turrets without the use of mech units. 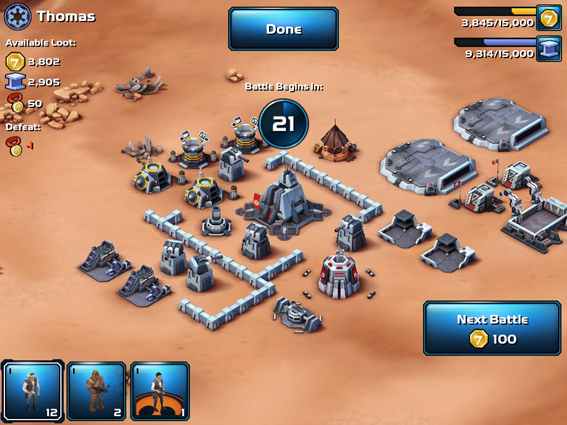 Battles in Commander follow the typical asynchronous battles seen in Clash of Clans. So therefore you’ll have to set up your units in the training stages before you bring them out to battle.

You have to deploy your units by tapping the areas in the map surrounding your opponent’s base. The targets are randomly set once your units set foot on the map. Every military resource you use in the battles are expended within the battle proper itself so you have to recoup your units as soon as the battle ends.

The game also follows the rating system judging your assault in terms of how much damage you unleash within the allocated time. Clearing out the enemy gives you a three star rating and the star you get decreases as the amount of damage dealt to the enemy base lessens.

PvPing also follows this same rating system, and similar to how CoC handles it is a randomized skirmish between players once the safety net is removed after a time. You are also awarded medals for PvP matches and lose them if your base was destroyed by a player. You can however, try and take revenge immediately once this happens so you can hit back as soon as possible. 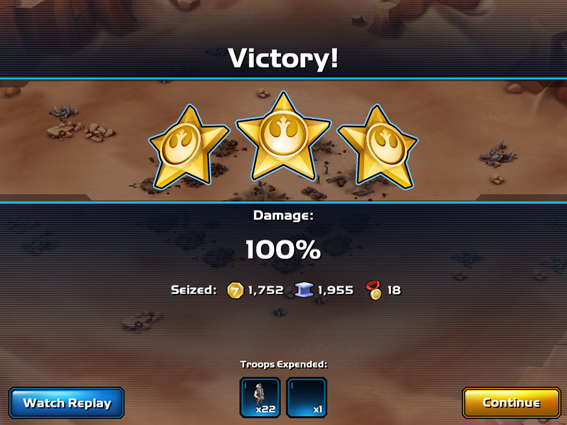 Star Wars: Commander is similar to Supercell’s sim-strat game, Clash of Clans in a lot of ways. The most notable similarity is its gameplay. The difference however in Commander is that you are given the choice to either join the Imps or the Rebels. 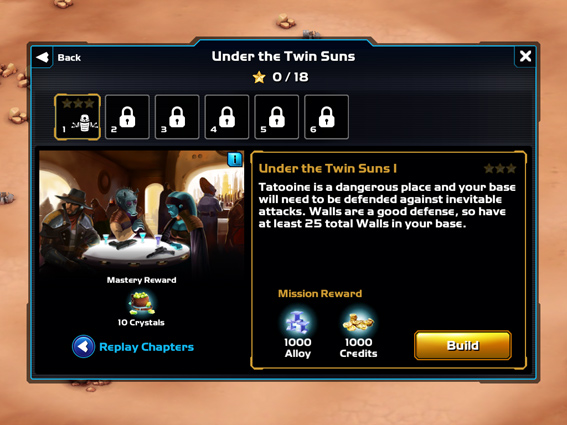 The game however is still rough around the edges. This is a good example of a game that could’ve been great if they just took more time in the development stages before releasing it to the public. There were tons of game breaking bugs that, if I wasn’t reviewing the game, would’ve stopped me from playing it altogether. In fact there was one bug that had me reinstalling the game three times just to make it work past the choosing side stage of the game.

Overall though, I’d still say that Star Wars: Commander is a great game to spend time on, especially if you’re a Star Wars fan. The game uses all of the familiar Star Wars elements you can see in the cinematic universe, and in fact I can go as far as saying this is a “smaller” version of the Star Wars RTS game, Star Wars: Galactic Battlegrounds. 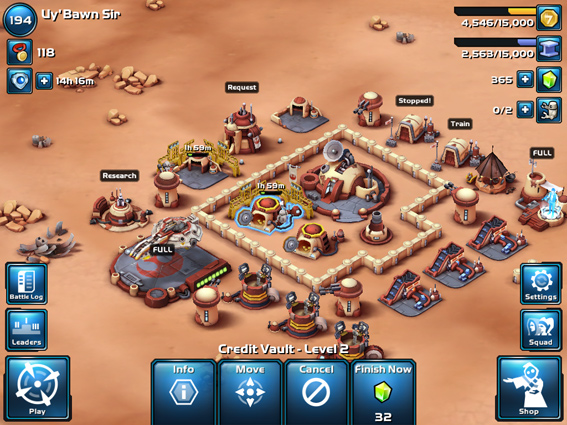 Conclusion: Great
If you are a fan looking for a Star Wars game with a solid gameplay and has the patience to ride out the public beta state of a launch that the developers are working through, then Star Wars: Commander is the game for you.