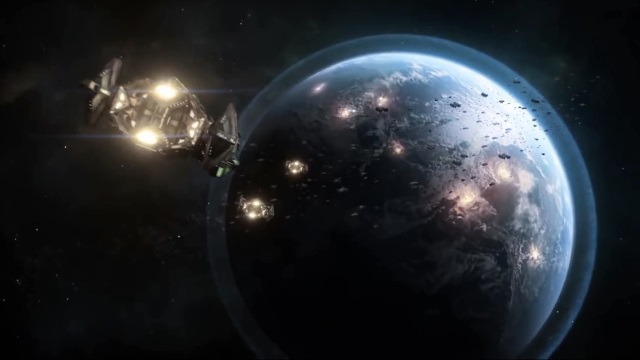 Rival factions across the galaxy now have another weapon in their arsenals today as diplomacy and trade – along with a new playable race, the Krynn – are now available as part of Stardock’s first major content update for the Galactic Civilizations III beta. The beta is currently available for $44.99 as part of Steam Early Access.

Diplomacy provides space emperors and empresses the opportunity to find common ground with rivals or enforce a United Planets embargo, providing further depth to gameplay and altering how players pursue ultimate rule over the galaxy. Trading is also included in today’s patch, so players have a good reason to make friends – although goods passing through trade routes are subject to…aggressive renegotiation of their ownership should a hostile warfleet happen by.

Another faction joins the race to dominate the galaxy today as well. The Krynn are a conglomeration of species whose government is comfortably in the pocket of organized crime, and who enjoy healthy boosts in spreading their “protective” influence around the galaxy as well as a leg up in keeping their own populace content – or at least well-behaved.

Galactic Civilizations III, available only for 64-bit Windows PCs, puts players in charge of one of several fantastical sci-fi races (including 23rd-century humans) about to begin interstellar colonization. Spreading your empire throughout the galaxy, unlocking the secrets of creation through radical scientific research, and building massive fleets of starships to defend your way of life is only the beginning.

As the age of expansion ends and the age of war dawns, you must navigate the waves of conflict crashing through the galaxy. Diplomatic channels may secure your borders, cultural imperialism might expand them peacefully, or you could do things the old-fashioned way through military conquest. Finally, the age of transcendence brings the struggle for galactic dominance to a fever pitch as mighty empires bring titanic forces to bear in the race for final victory.

For more on Galactic Civilizations III, tune into the livestream every Friday at 3pm Eastern time at www.twitch.tv/stardock or visit www.galciv3.com.