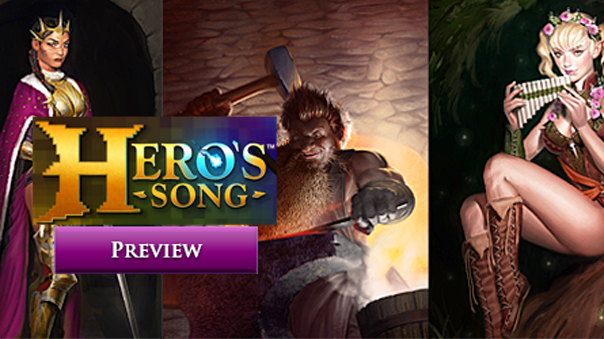 John Smedley, CEO of PixelMage Games showed us the latest on Hero’s Song, an upcoming game from his new indie studio. Some might know him from Sony Online Entertainment, and I met him at Pax West briefly this year to get a little sneak peek at said game. It was brief, but I got to see a lot more of it this year. I have to say, this is probably the most unique title I’ve had the pleasure to look at in a very long time. Sure, visually it’s got a sort of retro look, but that has nothing to do with why it’s special!! What makes it special? You control how the world is going to work to a large degree. 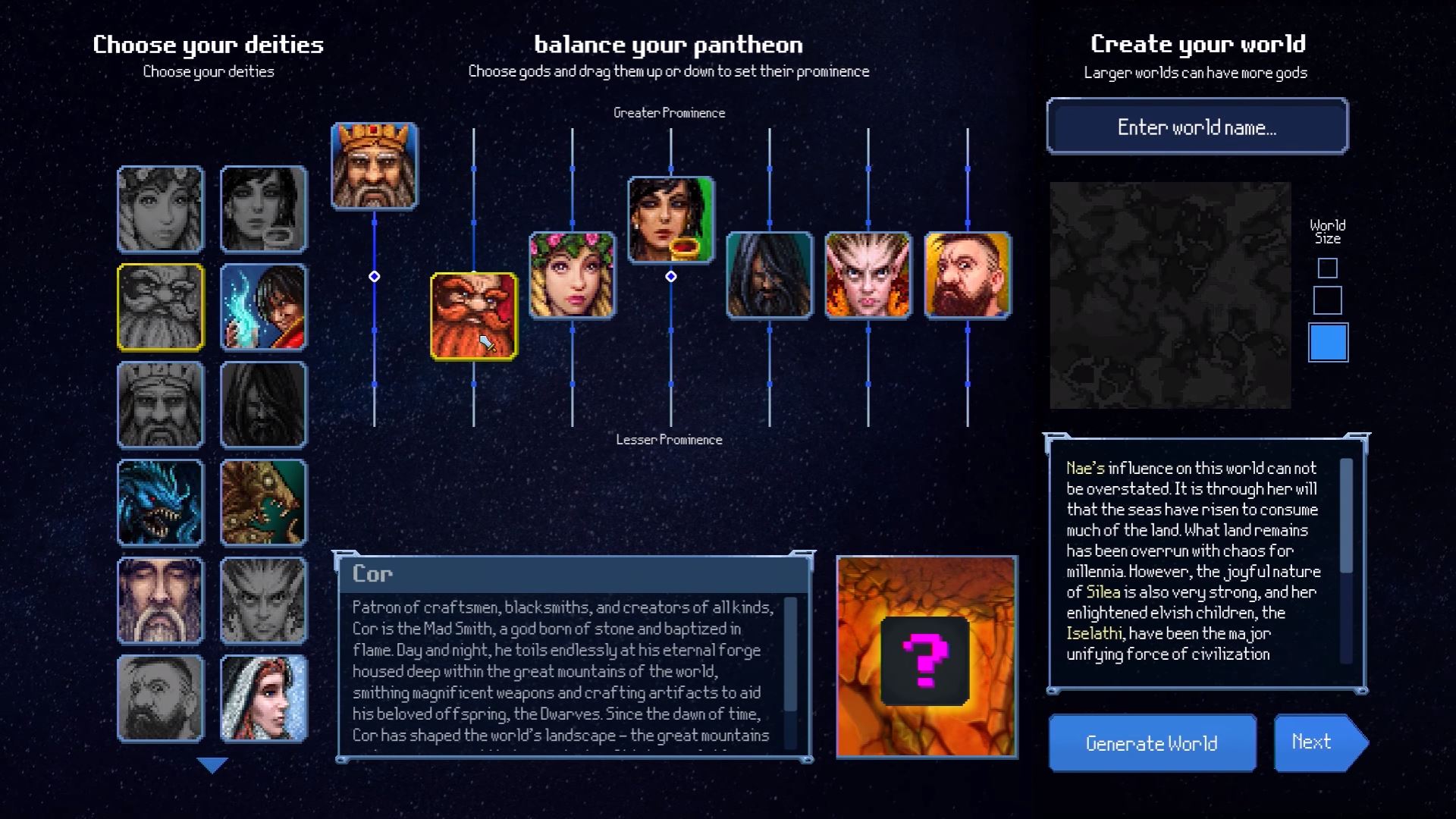 You don’t create your own character; your choices in world making determine what you can play! He showed us how you select a few Gods for your pantheon, and change how much influence they have on the world. This can affect stuff like topography, what races have what power on the world, and if the races even appear at all! So you can have an ocean-heavy world that is possibly heavily dominated by Dwarves if you really wanted I imagine. That’s a cool feature, making some sort of ridiculous pantheon of Gods. You also select a God of the Afterlife. This game features permadeath, but if you die, you go to the Underworld. Depending on what God rules there, it will change the trial you have to undergo to return to the world of the living. Failure will result in permadeath. So you have to be considerate in what you set up for your Gods. 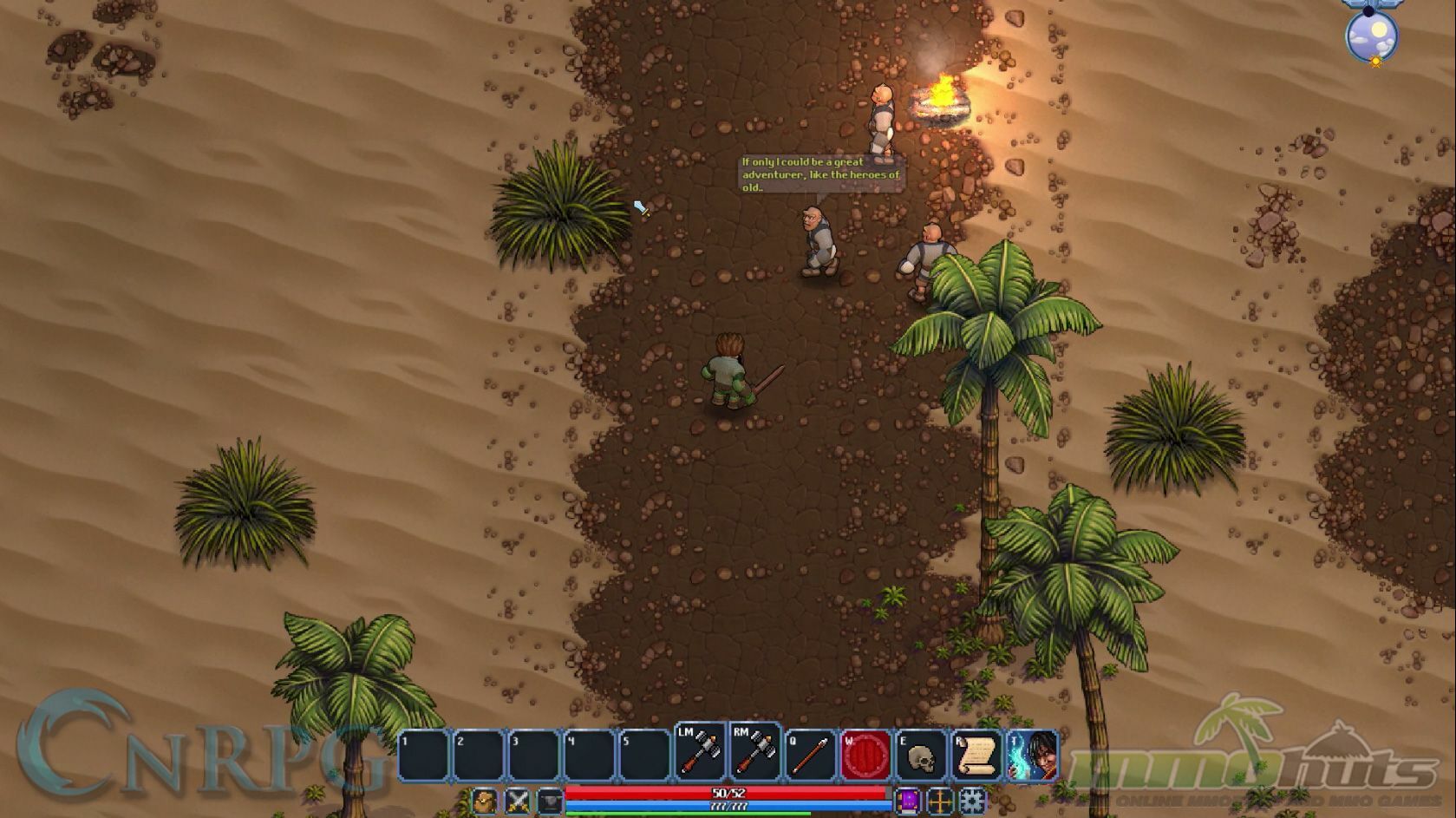 These choices will also influence how many of the 21 classes will be available, and what sorts of histories your character will have. The character you pick will be someone who already has a tie to this world, and when you create it, the game will create 10,000 years worth of history. That’s a really awesome feature, and I cannot wait to see what kinds of worlds will spring up hosted by various players. They’re saying they want to have up to 200 players on a world, which is pretty huge. If your family per say has a history of being skilled blacksmiths, maybe you’ll start with a better sword or axe, or if they were wise, brave adventurers you could get a handy starting skill.

I’m really interested in seeing how it builds the worlds, and checking out the events that led you up to the point you are at now in your world. But what is your goal? There is no real “questing” system, so what do you do? Your ultimate goal is Godhood, and when you ascend to that final point in your life, one of the really interesting things happens. That character, depending on how they lived/what they did, will influence what kind of God they are. You can then add them to a new worlds’ pantheon and, from what I understand, will be able to share them with your friends to influence their worlds! There was also talk of opening up modding for players to really crack these worlds open. 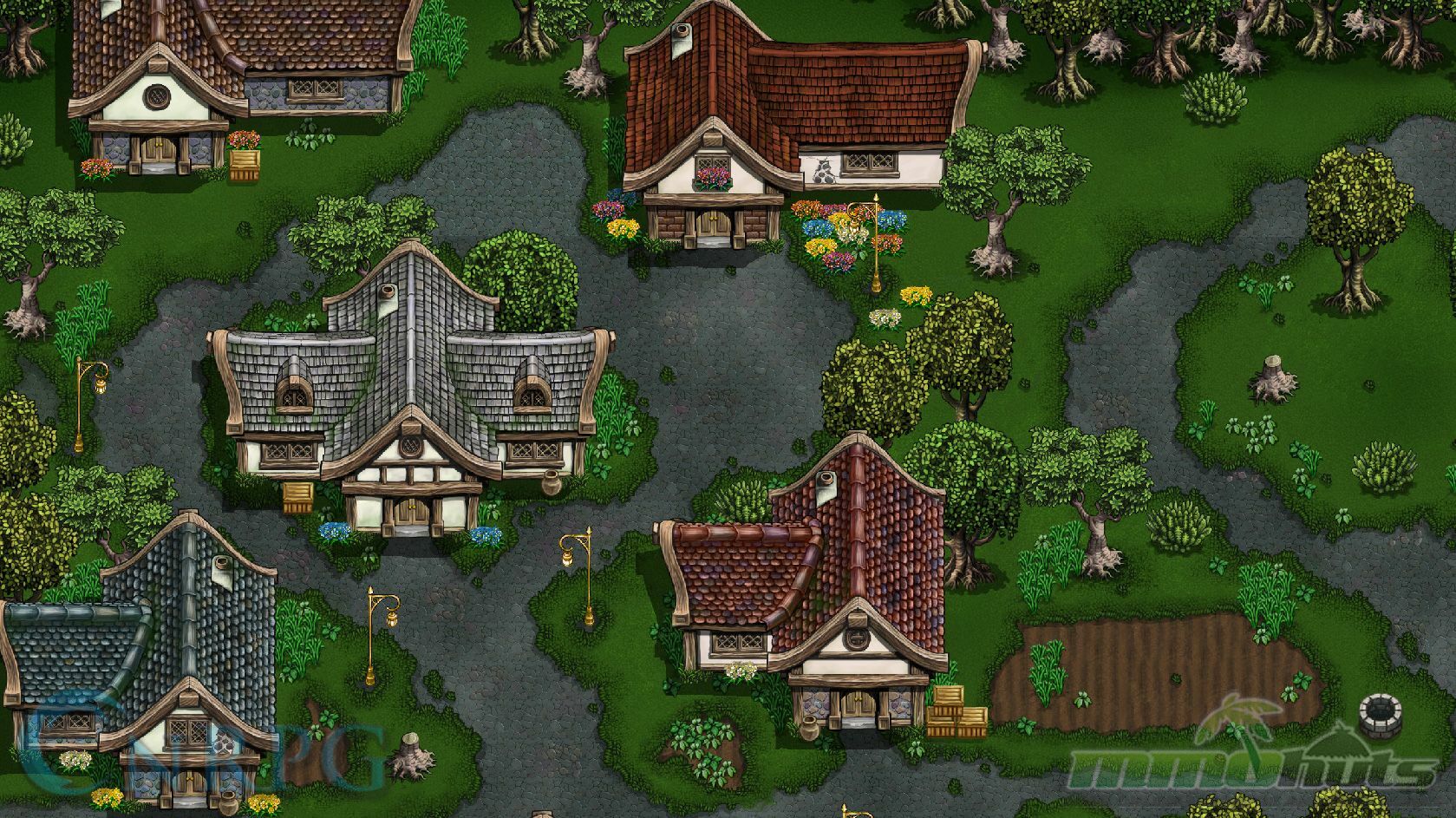 Our look at Hero’s Song was brief, and I have to say, I’m blown away at just how much can be done here. The possibilities are literally endless. Not every class/character/weapon/skill will be available either. It really depends on how the world is simulated/what choices you made in the initial creation of the world. What your characters can do is based on this simulation. It’s an action-RPG set in a series of created worlds, and no player’s experience will be the same. That’s one of the really solid goals here. It’s not very structured in that there is no main quest storyline to undergo, and while that’s normally a checkmark in the “negative” column for me, I really am more curious to see what kind of horrific hellscapes I can create and attempt to survive. Hero’s Song is really interesting, and you’d do well if you like action-RPGs that look a little retro and don’t hold your hand. It’s being updated all the time, and is really going to be mind-blowing when it finally goes live.