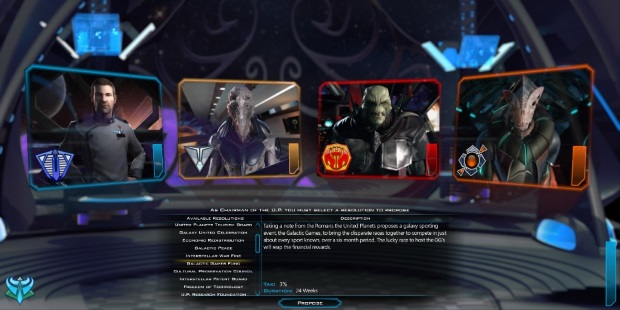 Last week saw the release of a diplomacy patch in Galactic Civilizations III, and this Monday, the development team is reporting that four times the amount of players (since Beta 2 went live on Steam) started playing the game this weekend.

For those who’d like to see Diplomacy in action, a new video has been released that showcases how the feature has changed, as well as get a look at the newly playable Krynn race, who are as religiousy as ever, but far more organized in their approach to crushing your galactic soul.