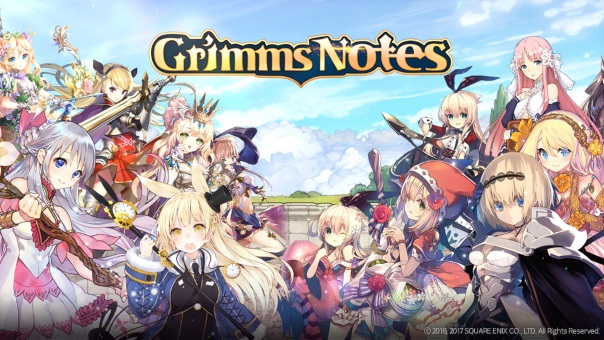 An original IP of Square Enix’s, Grimms Notes is heading to America and Canada through Flero Games for Apple and Android. Grimms Notes is a Hero-collecting RPG, chock-full of familiar fairy tales characters – Snow White, Alice in Wonderland, Puss in Boots, and so forth. The news that Flero Games acquired the rights to release Grimms Notes for North America and Europe drew quite a lot of attention to boot. With simple controls and dynamic combo skills, Grimms Notes allows players to strategically play their characters from fairy tales, called heroes. Players can customize their hero party’s formation with different job types and roles depends on various game modes. Game modes include the Arena for fighting other players and Co-op zone where players can
customize team and cooperate with other players for different monsters.

Unlike the usual mobile game, this game has no stamina system, so players can play as much as they’d like, without the stress of having to top-off, or wait it out. To celebrate Grimms Notes global launch, Flero Games prepared a special event. Players can obtain 5-star heroes – Cinderella, Snow White, La Bete the Beast, and Morgiana as rewards when they clear the final quest of Story Zone 1, 2, 4, and 6.