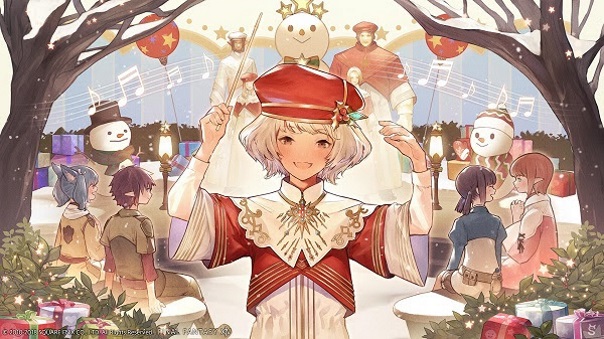 Final Fantasy XIV gets into the holiday season beginning today, with the Starlight Celebration. It runs until December 31st, and this year’s installment will encourage characters to sing their hearts out. An Ishgardian choral performance is running into troubles finding singers, and it’s up to you to lend a helping hand. The rewards for this year’s event will be listed below. But Square-Enix will also be revealing more details concerning Patch 4.5: Requiem for Heroes in their next “Letter from the Producer LIVE”. This will air on December 21st, and will also premiere the trailer for the upcoming content.

Announced last month, the new expansion Shadowbringers will bring an abundance of new content when it releases in Summer 2019, including a new player race, multiple new jobs, an increased level cap up, sprawling new areas, adjustments to the battle system, as well as a variety of new battle, crafter and gatherer content. Fans can look forward to learning more information on Shadowbringers during the Paris Fan Festival event on February 2-3, 2019, as well as the Tokyo Fan Festival, scheduled for March 23-24, 2019. All Fan Festival events will be streamed free of charge on the official FINAL FANTASY XIV Twitch channel.

Rewards for participating in the event include: