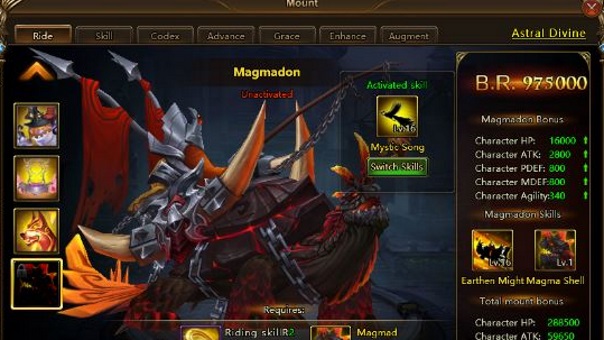 From the magma of the Great Volcano, in the fiery depths of Hell, Magmadon awakens for League of Angels II. Its shell is made to withstand even the greatest fires and heat, making him the perfect companion for any squad that needs greater defenses. He offers protection from enemy attacks and also boosts combat power for your squad. His skill Earthen Might increases your entire squad’s HP and DEF by 14.5% and Hit by 19% for 5 rounds at the start of the battle. In addition, Magma Shell increases own ATK by 35%. After performing an action, it increases its own DR by 35% (lasts until end of turn). Magmadon is available in Treasure Grab mode from 22nd until the 24th of May.