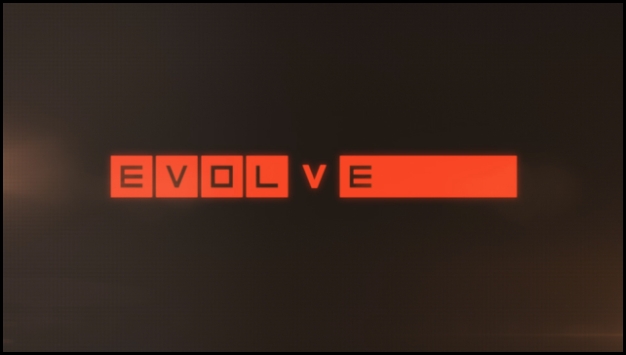 Evolve has been one of the most hyped games of 2015. Developed by Turtle Rock Studios and published by 2K, Evolve is a first person shooter allowing players to play as the monster or the hunters. In most FPS games players are either killing each other or killing other monsters but in Evolve, one player can be the monster and go against four other hunters. It is definitely not the first game or mod that has done this but all that matters is if the game is fun and worth picking up. Read on for my first impressions of Evolve’s latest closed beta.

Hunters are mercenaries that were hired to eliminate a particularly dangerous monster inhabiting the planet of Shear. However, the monsters grew too strong and reproduced too fast into many dangerous forms. Now the mission has changed from pest control to a full scale evacuation, hoping to rescue as many survivors as possible in the span of five days. This story does not have much significance in the beta but the five day campaign has been teased as a feature available upon full release.

Evolve is a class based first person shooter. If you decide to play as a hunter, you have the choice between four classes: Assault, Medic, Support and Trapper. Each of the four classes have different play styles and all are necessary to ensure victory. The Assault is your typical offensive class with strong attacks and abilities aimed to deal damage to the monster. On the opposite side of the spectrum stands the Medic, a class that aims to keep teammates alive but also weaken the monster through slows and damage increase debuffs. The support class falls between Assault and Medic; it can still deal damage but also provides shields for teammates as well as call in airstrikes. Overall it comes off as a more tactical version of the Assault class. Finally, the Trapper class can set up traps and use its summoned pet to track the monster. All classes have three weapons and one special ability, and when coordinated can bring the pain to whichever monster dares show its face.

On the other hand, if you decide to play as a monster, you have the choice between various monsters, each with unique playstyles and abilities. In the beta, there are two monsters available: Goliath and Kraken. Goliath is a melee monster that aims to rush at the enemies and pound them into the ground. In the beta Goliath is what you will see most of the time as Kraken has to be earned. If you do unlock Kraken, you will be able to play a monster that I can best describe as a mage. Kraken has abilities such as Lightning Strike and Vortex making the play style quite different from Goliath. Additional monsters are planned to be added to the game but weren’t available during my playtest, though their Youtube channel offers a glimpse of what to expect from the Behemoth and Wraith. I prefer to play the monster role since you work alone, in random public matches it is not as fun to play hunters since your team may or may not work well together. 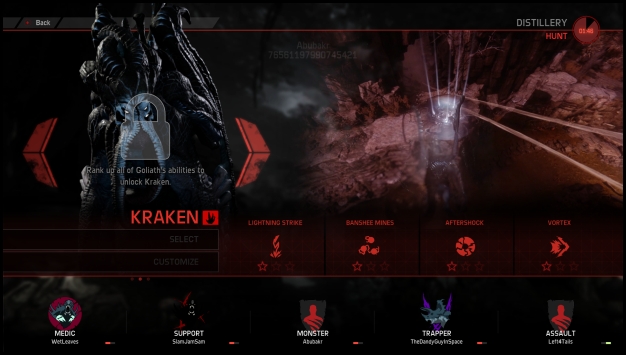 In order to unlock Kraken, you must rank up Goliath’s abilities.

Gameplay tends to break down into the Hunters following the Tracker’s lead as his pet searches for signs of the monster. Sooner or later this leads to a confrontation between the two parties, though skilled monster players can jump and climb to avoid leaving footprints. This is easier said than done on certain map layouts, and stamina limitations may make the monster second guess how much effort they put into their stealth tactics. The monster can use its smell ability to find enemy hunters or other mobs. These other mobs can be eaten by the monster to gain experience. After filling the experience bar, monsters can evolve to their next stage. Evolving makes you stronger but also allows you to destroy the power core at evolution level 3. Therefore, it is essential that hunters are always keeping up with the monster, as the longer the match stretches out, the worse their situation becomes. If you give the monster too much room, it will easily evolve to rank 3 and wipe out your team.

As you would expect, you are not locked into to playing as a certain class or monster. When you join a game, you list the classes in order of preference. The game will try its best to give you your preferred class but there is no guarantee you will get the class you want to play. You are able to play with a group of friends, so you can work together to get everyone the class they would like. 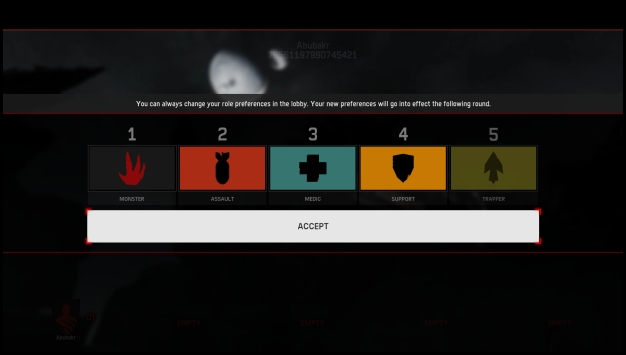 All classes gain experience and can level up after multiple sessions. You gain experience and ranks in abilities simply by using them and playing the class. You will be able to customize your characters by unlocking additional perks and skins. Additional monsters can also be unlocked by leveling up monsters you already own. There are bound to be additional monsters and skins available as DLC in the future.

Players are able to play offline or online, I was only able to test the online mode as the solo mode was not yet available. There will be two game modes available for players: evacuation and skirmish. Evacuation is a five day campaign where all game modes are played, and the outcomes of each match affect the environment. Evolve promises countless resulting outcomes through this system, so you can expect the replayability of the Campaign mode to be through the roof. Skirmish was available in the beta, and it is a simple game mode where hunters work together to kill the monster. This is the basic quick play where hunters face off against the monster in a last creature standing battle. 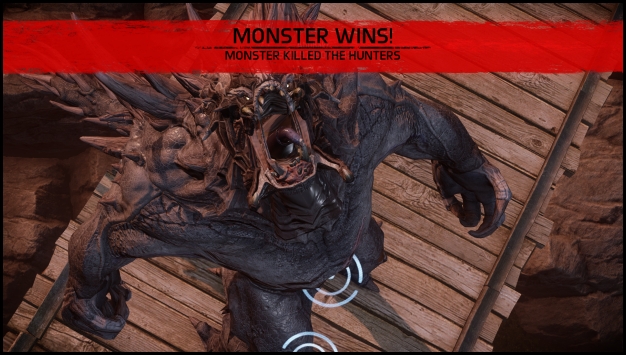 There are also multiple maps available, forcing both the monster and hunters to change their strategies. Unfortunately, this works out better in theory than practice. I still found the game repetitive no matter the map. If you couple this with the fact that random people do not tend to communicate and work together well, the gameplay can get dull quite fast. The game does have built in voice communication so there is potential for good teamwork and communication but as you would expect, pugs will be pugs. 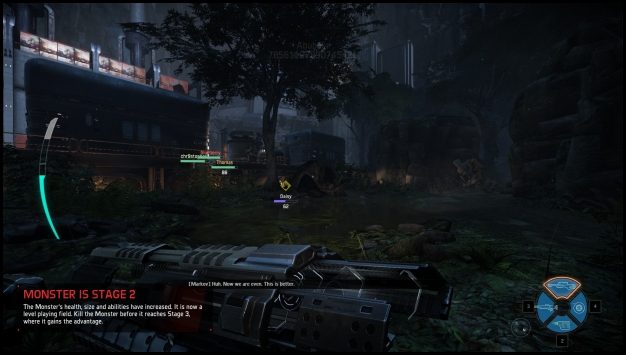 I had a lot of fun playing Evolve. However, I cannot see myself playing this game for hours on end. It seems like a game I can play on the side from time to time or when my friends are free and available to play. It is hard to justify the full $60 price ($70 here in Canada!) for a game that gets this repetitive. Evacuation mode may change this but from what I have seen so far, I can only recommend this game if it goes on sale or if you have a group of friends all willing to play together.

The following scores are based on my first impressions of the game’s state in its closed beta. They are likely to change upon the game’s full release as the game begins to evolve.

The game looks great and runs smoothly. There are plenty of graphic options available in the game. One issue I have is that even with vsync disabled, my FPS still gets locked at 60FPS.

The development team has done a great job on the controls in Evolve. I never felt like I was limited in my ability to play because of awkward controls. Everything is smooth and responsive.

The game gets repetitive quite fast. The full release may add additional content but since it is most likely to be DLC for more monsters, it is not the best fix.

The customization is decent when it comes to first person shooters. When playing as the monster you can evolve and level up abilities in any order to suit your playstyle. However, when it comes to hunters, you only get to customize your class before starting the game.

This game is as good as the players make it. You need a lot of coordination and teamwork to kill a good monster. Random people do not often communicate well and tend to go off and do whatever they want. You can ignore the community if you find a group of friends to play this game with.