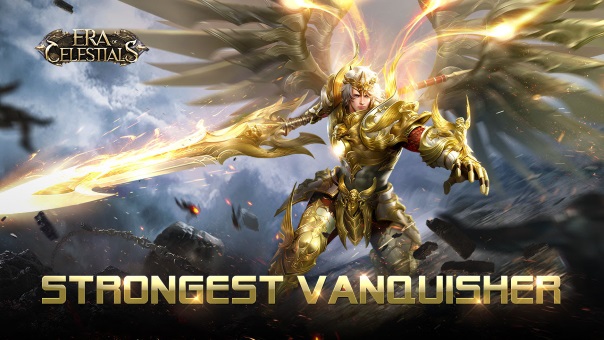 Yoozoo Games and GTarcade are getting ready for an exciting new event in Era of Celestials– Season One of “The Strongest Vanquisher”.  Match servers will be grouped across US, EU, and Asian servers, but dividing the players into three brackets: ‘Rising Star’ (LV 500-599), ‘Master’ (600-749) and ‘Elite’ (750-999). There are two battle modes for this eSports tournament: a 15v15 PVP free-for-all and 1v1 duels. There will also be prize-giving quizzes where players predict the final winner, and the aerial action unfolds from within the game.

Players can send bouquets to their favorite combatants, or eggs to those who are stinking up the skies. There is a range of prizes on offer, including celestial weapons, a golden war-dragon mount, and gems. The highest ranking players can take a fly at the title of ‘Strongest Vanquisher’ and an opportunity to have their names etched on the aptly-named Temple of War.