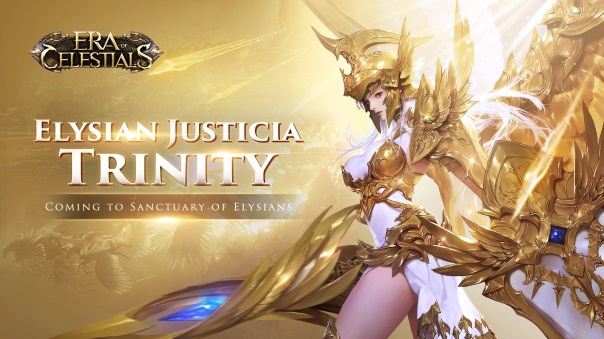 Era of Celestials has introduced a new update for September, introducing the Beer Festival, two new game modes, and a new avatar of justice.

The Beer Festival lets players visit the Brew House and brew their own beer for a chance at rewards. From Sept 21 through Sept 27, players can also collect rewards from the Beer Festival Weekly Card.

The Spirit Realm is a new challenge mode, testing players to complete stages within a time limit. Players are rated based on their performance and receive rewards according to their rating. Excavate Treasure is another new mode, where players can search a Treasure Map for legendary treasures and new bosses.

Trinity started off as nothing but a young girl battling for her liege before becoming one of the greatest knights of her age. After being betrayed by her corrupted brother, she eventually ascended to become the Elysian Justicia, in charge of dispensing justice all across the world. Upon transforming into the Elysian Justicia, players will be able to cut a swath around them and debuff their enemies.

You can find Era of Celestials on iTunes and GooglePlay.