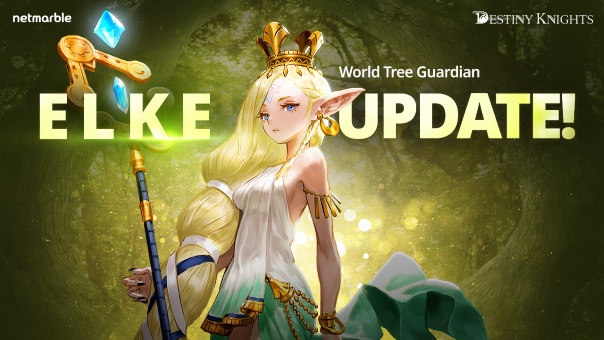 Netmarble has announced a new update for Destiny Knights, their mobile action RPG, which introduces the new 5-star hero Elke.

The matriarch of all Silvas Elves, Elke has skills that do more damage based on her own HP, plus a leader skill that offers utility and support to her allies.

A new reward system has also been introduced to reward players for reaching maximum hero level for the first time, including the chance to get Hero Fragments.

To celebrate the update, two new special events have been added. Players will have a five times bonus chance to summon Elke for a limited time, and for two weeks, new achievements can be earned to collect additional special rewards.