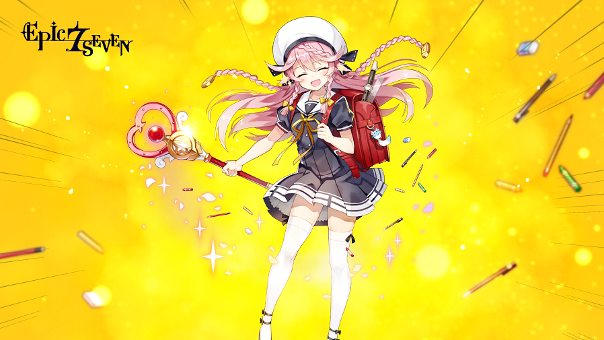 Epic Seven released a new update today, which features Episode 2 region of “City of Sorcerers Witchaven”.  Witchaven is an area filled with magicians and alchemists who found refuge after being framed for causing natural disasters. Enemies not found in other regions populate Witchaven. In addition, there is a new Exclusive Equipment crafting system. In it, players can create Exclusive Equipment with the Skill Enhance effects they choose. This is done at the Alchemist’s Steeple, in the Sanctuary. The number of Exclusive Equipment used as crafting materials will determine the quality of the resulting new gear.

Alongside these changes, Smilegate also added the new boss Nilgal to the Hall of Trials as well as Exclusive Equipment for Guider Aither, Armin, and Yufine, thus enhancing these Heroes’ practicality. Exclusive Equipment is unique Equipment that can only be equipped to a designated Hero and greatly improves the ability and skill of the Hero. Finally, “Researcher Carrot,” a specialty change for Carrot, has been released, providing Carrot with a whole new appearance and skills. The Equipment inventory limit has also been expanded by 50 slots, further improving players’ quality of life.