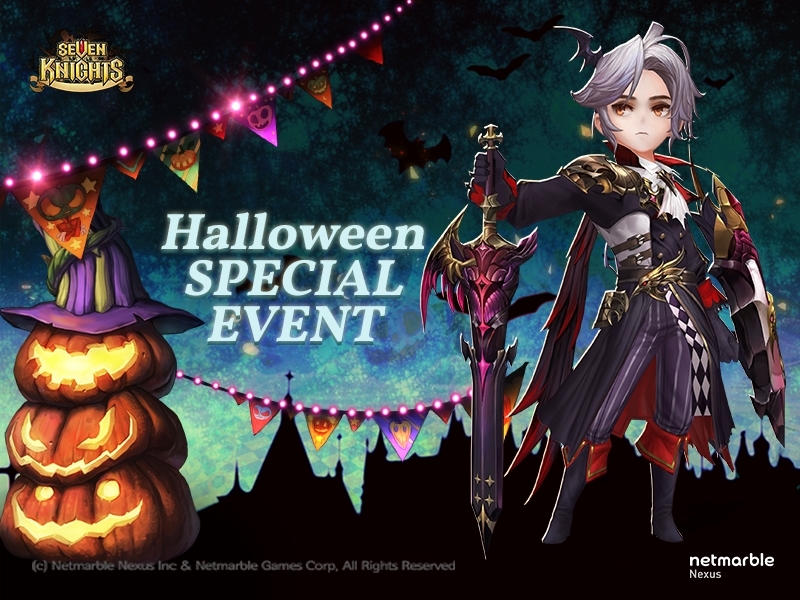 Netmarble Games (“Netmarble”), a leading Korean gaming company, today announced special Halloween events for its recently released mobile games, Quickboy and Seven Knights. Featured on the App Store and Google Play Store in 154 countries, Quickboy sets the stage for Halloween with costumes for the team, survivors sending their gratitude by making it rain with candy rewards and much more. The chart-busting RPG with over seven million downloads worldwide, Seven Knights offers a variety of 11 themed costumes and opportunities for heroes to become even more powerful heroes with 6 Star combat gear including weapons and armor.

In the side-scrolling running platformer Quickboy, players must take on the role of delivery boy Tommy Hawk in his journey to save the world from a newly ravaged world overrun with zombies! The action-packed survival guide can be found at: www.QuickBoygame.com

With stunning 3D visuals and lively turn-based RPG combat, Seven Knights invites players to collect and upgrade over 230 heroes, blaze through battles with a customized team and explore a number of dynamic game modes for variety and challenge. For more information please visit: http://sevenknights.netmarble.com/.