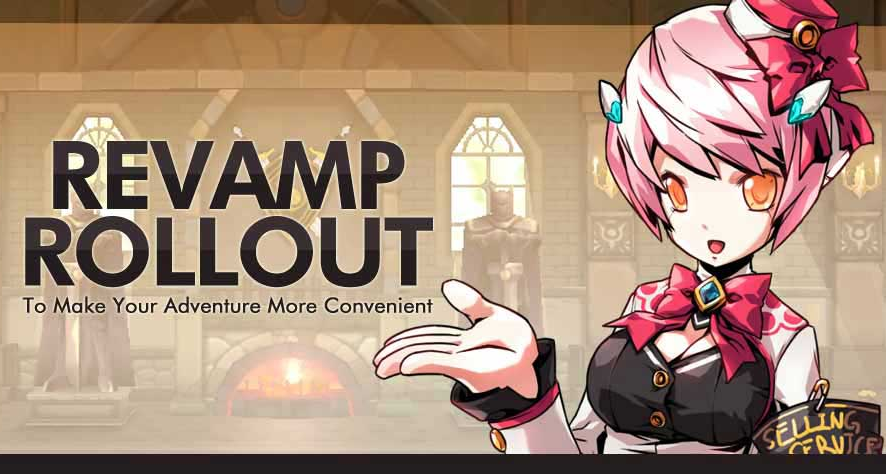 Some very exciting things have been popping up left and right in Elsword as of late. From the almost simultaneous, global launch of their newest character, Ain, to the livestream announcement of one of the most highly anticipated game features, the Magic Wardrobe; the Elsword team has pulled out all the stops on making sure that the game is constantly keeping things fresh and remarkable.

This update will be no different.

The changes to the overall scope of Elsword will include Quests, Game Systems, Dungeons, and item related revamps. Here’s a quick preview of what to expect:

The Elsword team is overhauling Guilds for a totally improved and inviting experience. Starting with the fact that the Guild NPC Myu being front and center in every in-game town.

They’ve also added a new Lock System to protect player gear, costumes, armor and weapons from accidental sale, destruction or manipulation. This is super handy for players who want to make sure that their hard-earned items will never be accidentally junked. Ever.

With the massive 6th Anniversary bash just around the corner, this update is just a glimpse at what else KOG has in store for Elsword players!