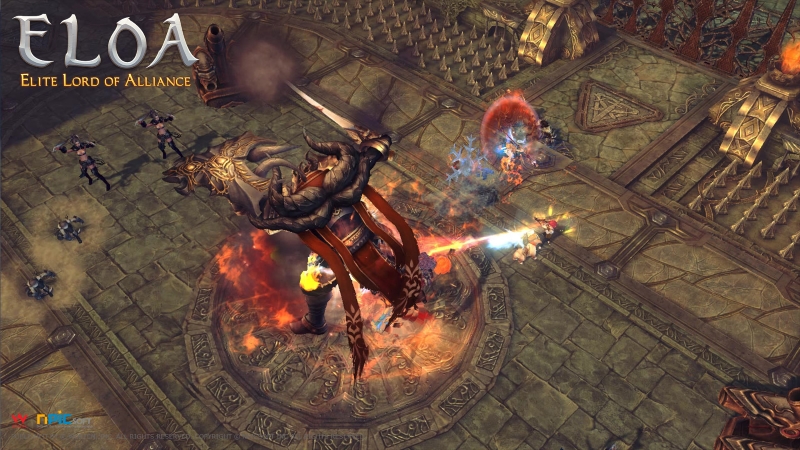 EPIC 2: Outlaw’s Emperor today raised the level cap to 50. This increased level cap is accompanied by new content, including the Veren Arena, Ruins of Forgotten King, and Paliore’s Garden dungeons. In the new dungeons, characters at the new maximum level will have a chance to obtain level 50 rare weapons/armor/accessories in Normal mode, and Engraving Stones in Hero mode.

Spanning from today through to July 12th, 2016 (UTC), the ELOA team is organizing many in-game events to celebrate the latest content update. The Epic 2 Commemorative Coin Event allows players to collect “EPIC 2 Commemorative Coins” via the in-game attendance event, and exchange them through NPCs to get their rewards. Rewards will be allocated based on the number of coins, and include the Awakened Poron Egg, Nightmare’s Avatar Surprise Box, VIP Service (7 days), Low Reinforcement Safety Scroll, Elite Potential Scroll (500), Eva’s Knowledge and Eva’s Fortune.

Returning players who have level 40 unique weapons & armor (over +8 reinforcement) from Hero raids can take part in the Reinforcement Preservation Event. They can acquire the “Elite Reinforcement Scroll (100%)” by disassembling the eligible items.

The Newcomer Event also welcomes new players. After finishing the tutorial, new players will arrive at the Baratan Fortress and get level 40 weapons for their classes.

The update also introduces many improvements to the game, such as a shop renewal, a revamped transcendence level system and the addition of more items that can be obtained using Honor Points.

Additionally, level 50 wings, a dolphin pet (Joey), swimsuit costumes, and a limited all-in-one package are now available for purchase in the shop.

Full details about the latest update can be found on the official ELOA website at: http://eloa.webzen.com/en/events/epic2