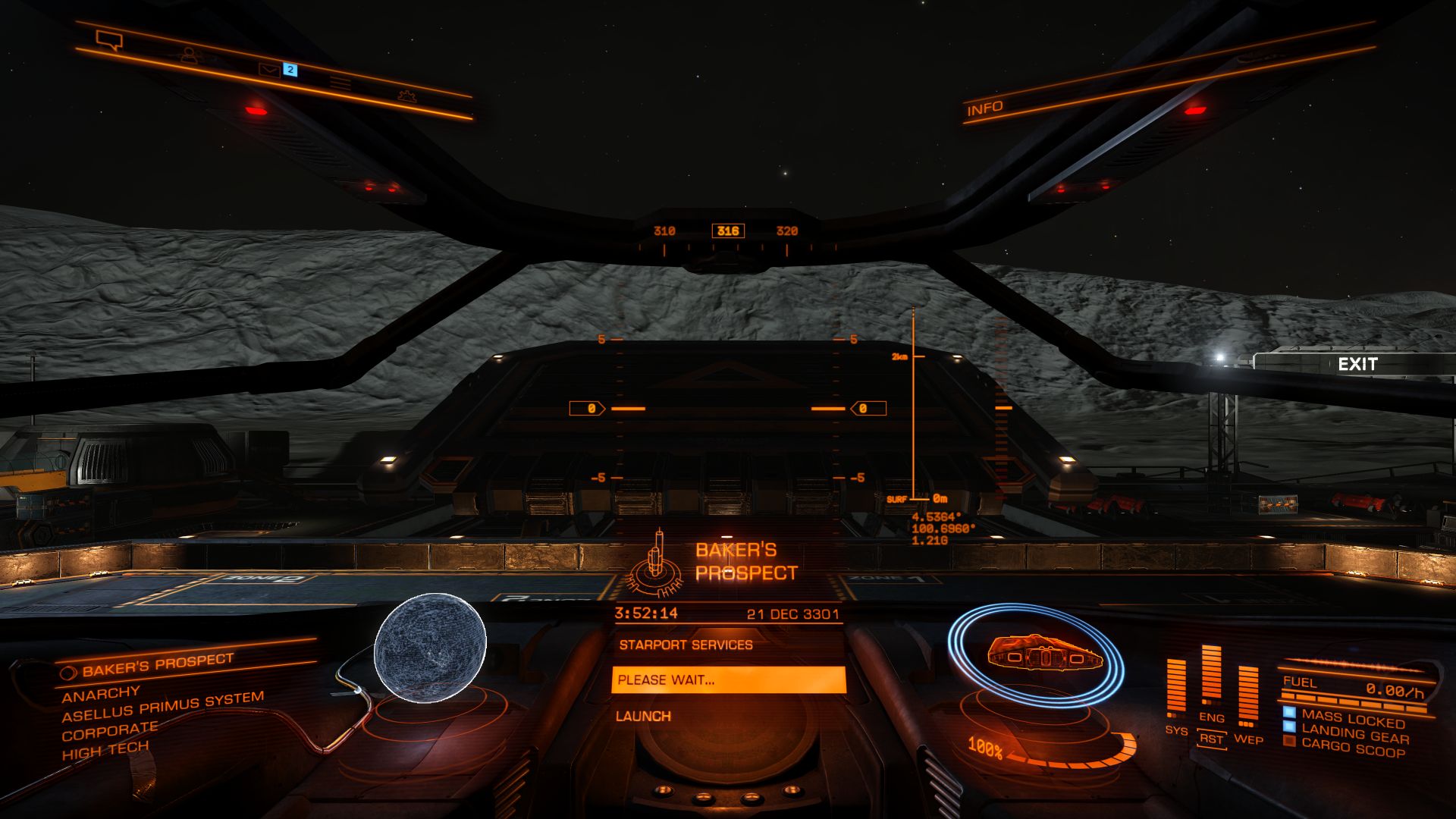 In a galaxy far far away we can finally venture off onto planets after the first Elite Dangerous expansion! Ever since I was crazy enough to buy myself into the early access for too much money, I have played this game on and off and experienced everything since the dark days when only dogfighting was available. Seeing the game now versus back then blows my mind that the developers stuck through the hardship this long to grow the game into the full product few of us expected to ever see. I have been waiting a while for this expansion wondering, would it bring the content we asked for all this time? Let’s find out.

For the uninformed, Elite Dangerous released in December 2014 and is based on the Elite series made by David Braben. It shares the vision of 4X games like Star Citizen, wanting to create a next generation space adventure game by pushing for the best possible graphics while maintaining an epic old school style of realistic sandbox gameplay. And while Star Citizen steals the show with its untapped hype and endless bankroll, Elite Dangerous is available in the here and now on PC and Xbox, showcasing something rarely seen in online gaming these days: polish. So while Star Citizen stays flashy, Elite Dangerous has a large playerbase providing feedback and is doing their best to make that feedback into a reality.

Before we get into the details of what Horizons is, let’s discuss the standalone nature of Elite: Dangerous. Since I bought into the early access and had to sell a kidney for this alone, I got this expansion for free. But if you have only bought Elite Dangerous, you have to buy Horizons separately. You do however get a discount, but paying a whole new game price for something offering only 20% new content is bound to get some negative attention. Another thing to note is that you NEED a 64 bit operation system or you will not be able to play this new expansion at all. With great graphics comes the need for great hardware support I suppose! 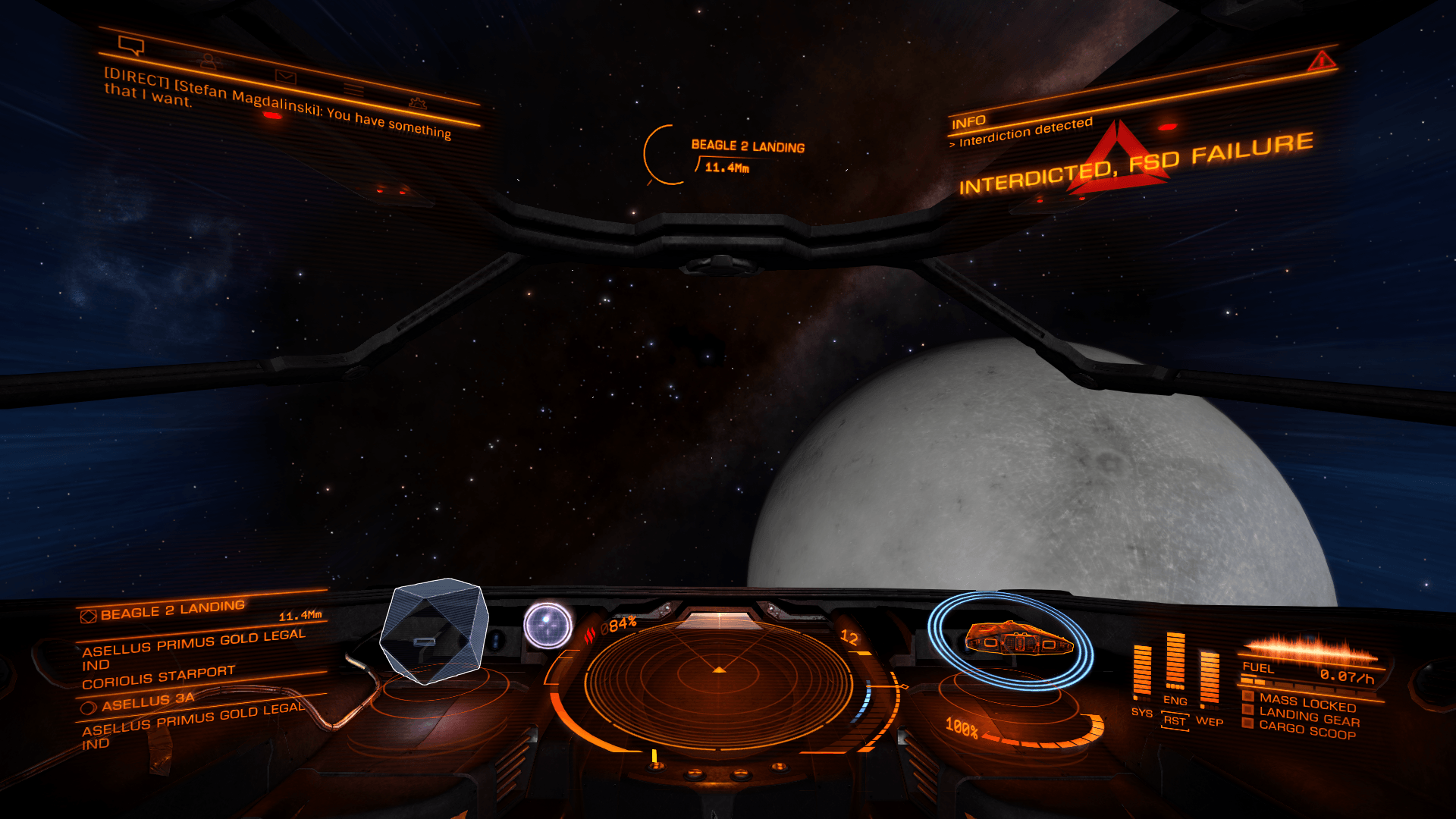 Anyway enough griping: onto the new content. Along with planets come a bunch of new planet-based missions, be it either attacking an outpost, base or whatever. It can also be something as simple as finding an escape pod. In a way they are very similar to the missions those playing are aware of: fly to system ‘x,’ do your thing, and fly back to where you got the mission from. The whole process is as straight forward as taking a work order at the office, and once you figure out what they all are exactly, you know if they are a challenge or not. Even the ones offering a challenge can be simplified with enough practice and repetition. And unfortunately the same goes for the missions; they didn’t really feel too much of a change for me, but the planet factor adds for some new challenges as I’ll explain shortly.

When you close in on a planet you will have a few different stages to play around with. If you go from the deeper space closer to a planet you stay pretty much in the outer orbit around the planet so you can easily locate areas before planning your landing in a city. Once you get even closer to the ground, you will enter the atmosphere if it has one. Before long you must begin using your glider so you don’t smack into the ground like the little insect space makes you feel like. The glider will automatically take over to decrease most of your speed before getting close to the ground; once you are closer you will gain more control over your spaceship again and get to do your thing.

A new addition to Horizons is the ground vehicle. Instead of having to use your spaceship all the time, where gravity has a minimal noticeable effect, you will be able to drive and race around on most of the planets you will come across. Since you can find a lot of different points of interest ranging from a simple outpost to military or research bases and even mining complexes and other type of establishments, pretty much a whole wash list of things you can think off can now be found in the game. The only thing that is missing is the big yellow double arches, but I guess they still have to invent space restaurants. You can also get a few different ground vehicles so you can get the right vehicle for traversing the right terrain. 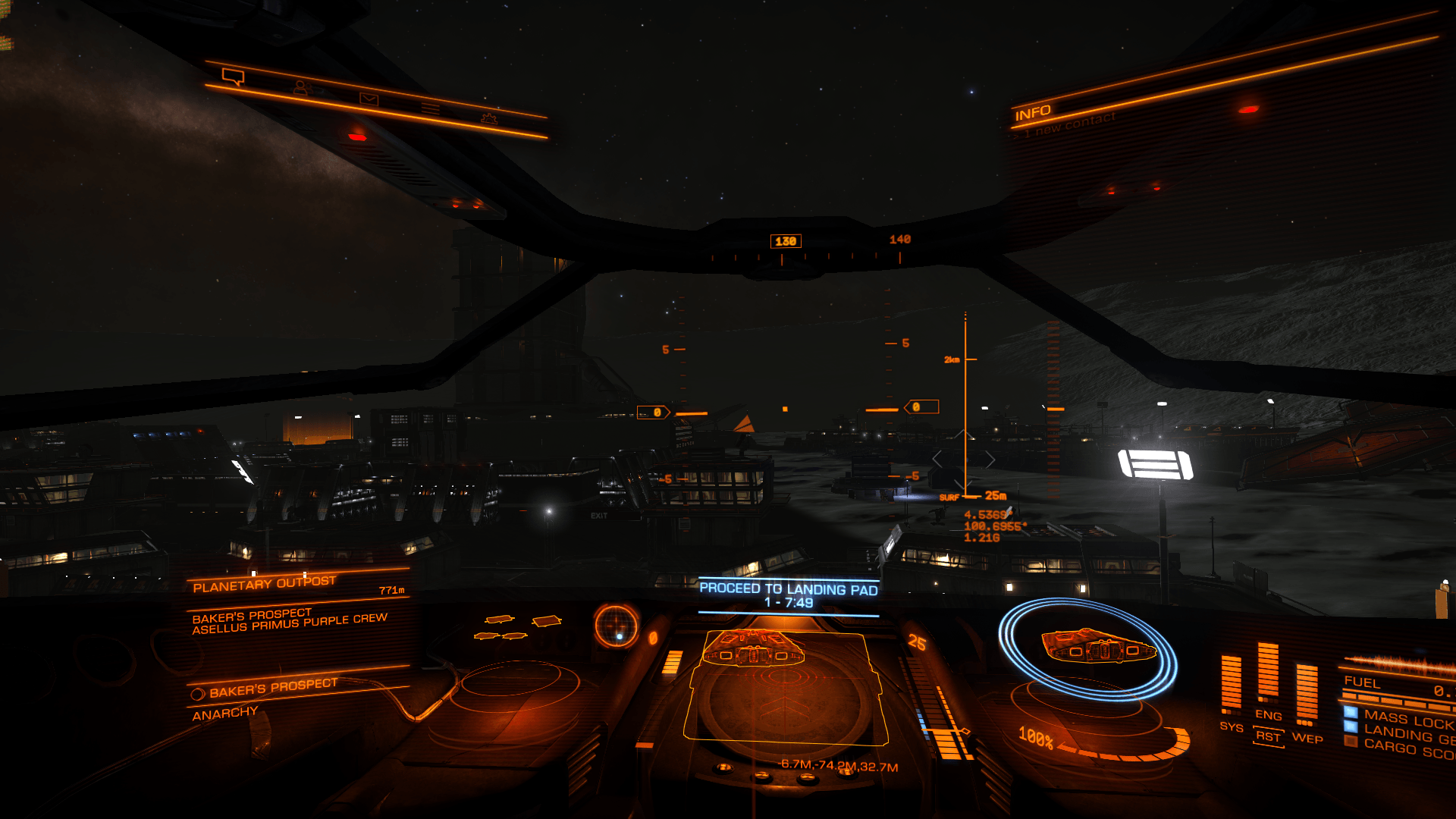 There are also a few other updates worth noting. You can now operate a ship with more than one player, and now you can finally play around with your friends rather than flying together and making sure not everyone messes up with the wing. Besides a few changes to the mission system there is also a new crafting system that uses a process called synthesis.

Now the big question obviously is, is Horizons worth the price? And I have to be honest, coming from someone who loved the game from the start, it simply isn’t worth it. Right now you can only land on rocks, aka the giant thing that orbits the Earth. Jep that boring ol’ moon and the likes of it are the only orbital bodies you will come across. And just like in real life, we’ve been there once and almost completely lost our interest in a return trip. Even though planets are absolutely amazing the first ten times you land on one, just like the rest of the game it gets very generic and boring real quick. And this is what bugs me about Elite Dangerous the most; the game is absolutely stunning and provides for a lot of entertainment, but at the same time it has this awful feeling of a grind, because there isn’t anything interesting after a while. You always have to do the same type of missions, be it either a delivery or killing an evil pirate for a bounty, it’s all just a job. Not a game.

Besides this Elite Dangerous also lacks a real story, and even though you have a few factions in the game, there isn’t anything that just sucks you right into their tale. Fighting never feels like it’s impacting a part of the bigger picture. Sure that’s the nature of sandboxes, but it lacks the enthrall better sandbox experiences offer. And there still isn’t anything in place to help the newer players learn the game. You simply get thrown into this big world, are given a simple ship with turrets that tickle most of the other ships, and it is up to you to figure out what exactly is going on as the bored masses want nothing more but to blow you away to kill time. Elite Dangerous is a next generation space adventure game, but it lacks something that is really important, which is creativity. Horizons is a nice step in the right direction, but I would have rather seen it as a big patch instead of an overpriced expansion.