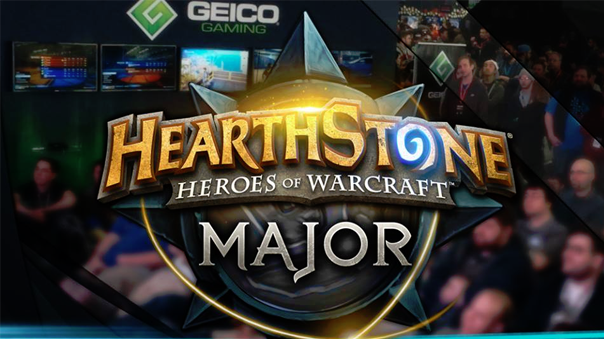 This 128-man open tournament had a lot of things going for it, but deck diversity was certainly not one of them. I hope you like Pirates.

Pirates, pirates everywhere. The first 4 matches of this best of 5 was essentially just win trading between the variations of the pirate package. Thankfully, the 5th game was much more interesting and easily one of the best of the tournament, it was neck and neck between these two Renolocks but RayC was the one to come out on top with a Leeroy Jenkins-Face Manipulator lethal combo.

RayC takes his win with a massive Questing Adventurer combo

Notably impressive was how RayC handled difficult matchups by changing the pace of his play, when he needed to go fast he took big risks, but when things needed to slowed down he took it steady.

Strifcro picked up his free win off Pirate Warrior, but Trump took the series with some fantastic control play with his Dragon Warrior and Reno Mage/Warlock – they don’t call him the mayor of value town for nothing.

Evidently, everything. Leadpaint 3-0’d Trump shockingly quickly. Funnily enough, it’s the stubbornness to always get the max value out of each play that killed him.

Leadpaint commands the lead as Trump looks for answers in a heavy hand.

So this final series of the tournament was a wee bit ridiculous. Leadpaint 3-0’d RayC like it was nothing. We know RayC is a good player, we witnessed him win two hard fought series, but Leadpaint completely demolished him as if he were some random scrub, it was incredible.

RayC forced to clear the board instead of dealing direct damage.

Laddering may suck for the average player, but getting to see pro players pull off huge combos and face difficult match ups is always a treat.

Check out One Nation of Gamers for the full broadcast.