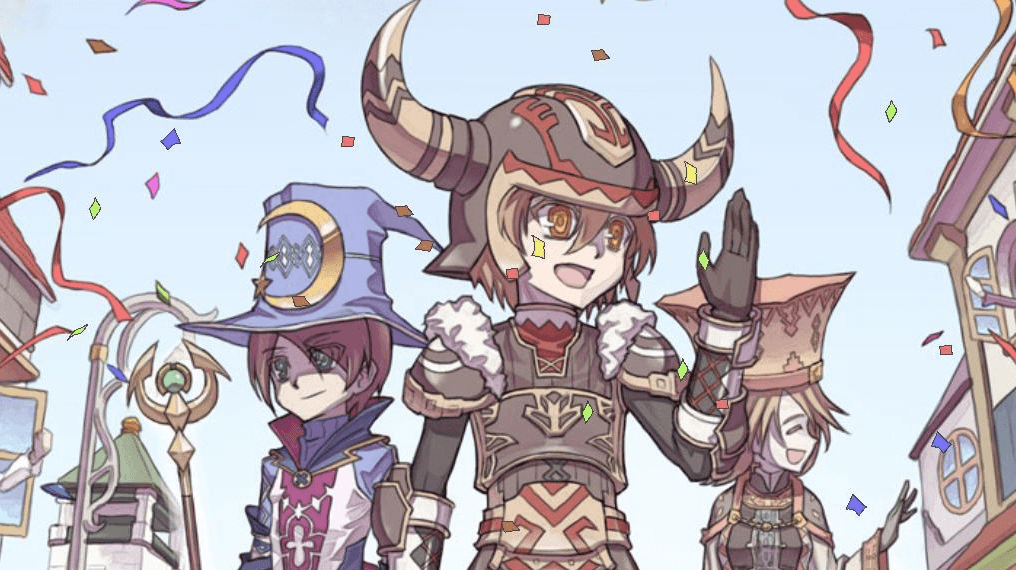 Eden Eternal is a 3D anime style fantasy MMORPG set on a war torn continent where players become mysterious beings with incredible magical powers. Heroes serve as Eternal Guardians fighting the evil consuming the once peaceful world. Complete challenging quests and explore while slowly discovering the true origin of the race that emerged from the blue crystals. Kill beasts lurking around local villages or battle other players in fierce duels. Conquer dungeons with friends. Slay hundreds of monsters and bosses. Players can use any weapon, spell, or combative move of their choice by unlocking plenty of the distinct classes and swapping freely. Find a sweetheart or summon pets to assist in combat.

Becoming an Eternal Guardian, the Gameplay

Heroes or Eternal Guardians begin their adventure in a local village near Limestone Mountain. Most of the gameplay involves completing quests and fighting monsters. Similar to other MMOs like Grand Fantasia the storyline is somewhat generic. Quests are given by NPCs scattered throughout the towns. The tasks vary from battling troublesome Mushroids to relying messages back and forth to commanding officers. Many of the missions consist of some form of combat. Collecting raw gemstones might require destroying intimidating Limestone Golems in the process. To accomplish a specific task a particular item may be required. A hammer must be used while fighting certain beasts to gather materials. Blowing a whistle will summon dangerous boss creatures to wage war with. 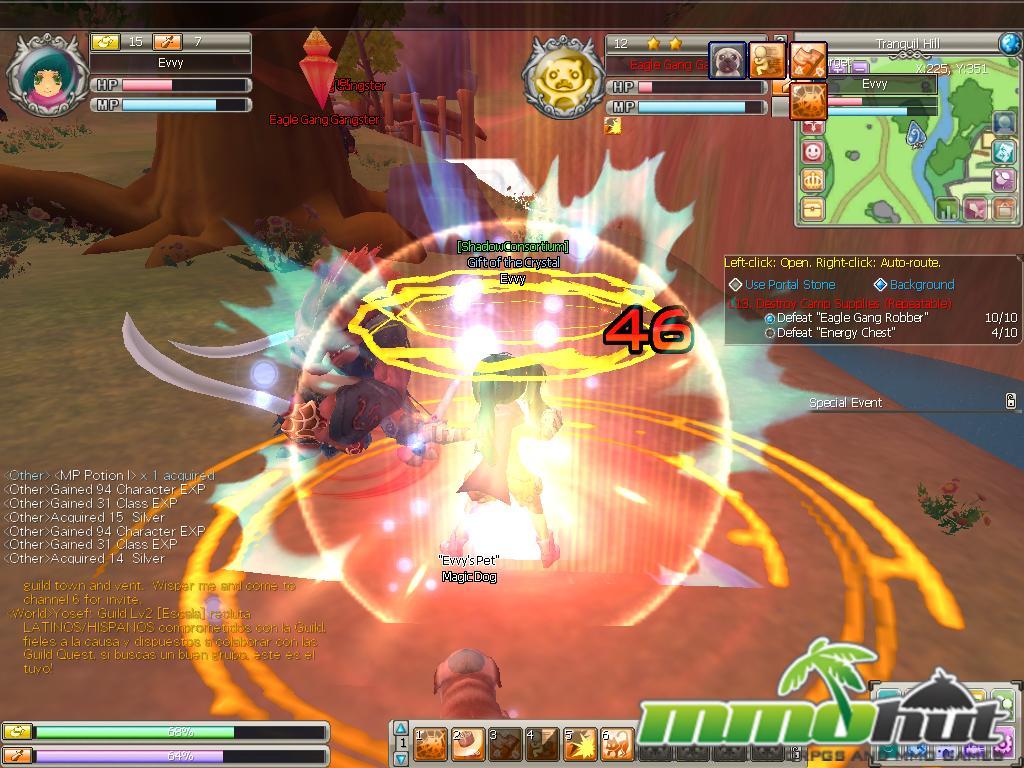 The duties of an Eternal Guardian are endless. Kill hordes of Forest Imps, defeat Rainbow Angelly swarms, eliminate Eagle Gang Assassins, or sneak into a bandits’ secret camp to destroy their supplies. Some quests are repeatable and aid in leveling. XP, coins, rare items, and occasionally fame or an achievement title is earned by completing quests. Players maneuver through the zones of Eden using their mouse, WASD keys, or the convenient auto-run feature by clicking on go from the quest log. Combat is fast-paced and surprisingly fun. Once initiated heroes use a mixture of physical and magical moves to conquer their opponent. Perform the Lightning Web, Fire Bomb, Perforation, Tornado, or Combat Cyclone. Depending on character’s class and skill set there’s a variety of mesmerizing spells that can be executed.

Eden Eternal features a very unique class system. All players start out as warrior or mage with one heroic trait of their choice. There are 15 different unlockable classes with their own set of cool animated skills. The two meters at the bottom of the screen monitor experience. The first one gauges character XP while the second records class experience which is primarily gained through combat. Since class experience accumulates much faster players usually benefit by changing their hero from warrior to thief and so on. As a hero levels up new classes are unlocked. At any time except during combat Eternal Guardians can switch their current class. The requirements vary depending on a character’s level and their previous or related class level reached. Although there are just a handful of skills per class players have the ability to alternate freely between them. In most games users are limited to the battle skills in their specific class. It only takes a quick click on the transform button to change a class. The process of leveling up each class’s skills individually is relatively easy but involves a lot of grinding. Killing monsters, repeating quests, and clearing dungeons are necessary for a diverse hero. Players will have to devote a significant amount of time into building up their character. This option makes the game rather addicting. Class talents allow gamers who prefer one particular class over another to master it. Knowledge points are rewarded each time a character gain’s a level in their class. These points are used towards specialized talents in the skill window. Continually improve talents to become the most powerful Bard or Shaman around.

Eternal Guardians do not have to face evil alone. There is a pet companion option that permits heroes to add a Battle Dog in the form of an adorable Pug . Pets can be trained to heal or attack, once a character reaches level 25. The Soulmate feature allows players to form a relationship and become sweethearts. Unlike other MMOs in this virtual world same-sex soul mates is legal. Players can be sweethearts with guys or girls regardless of their character’s gender. It’s also free to initiate dating status another cool aspect rarely seen. Couples receive lovers skills for the duration they’re together. These skills vary like the Soulmate Instant Heal and give players an advantage during battles or difficult dungeon quests. Lovers can send each other special messages and accumulate achievement points. The guild customization feature is also very impressive. Guild members can join their resources to construct their own town in Eden Eternal. Each town can have up to five established crafting structures. Set up farms, mines, altars, alchemy labs, foundries, and a magic pool. Build a monument in the town square. The polished anime-style graphics is similar to Kitsu Saga. There are breathtakingly beautiful backdrops and waterfalls. Guilds are able to create their own hangout spot within the game. Players can set up shops in certain areas in Aven, and Guild Towns can put up merchants and crafting enhancers. 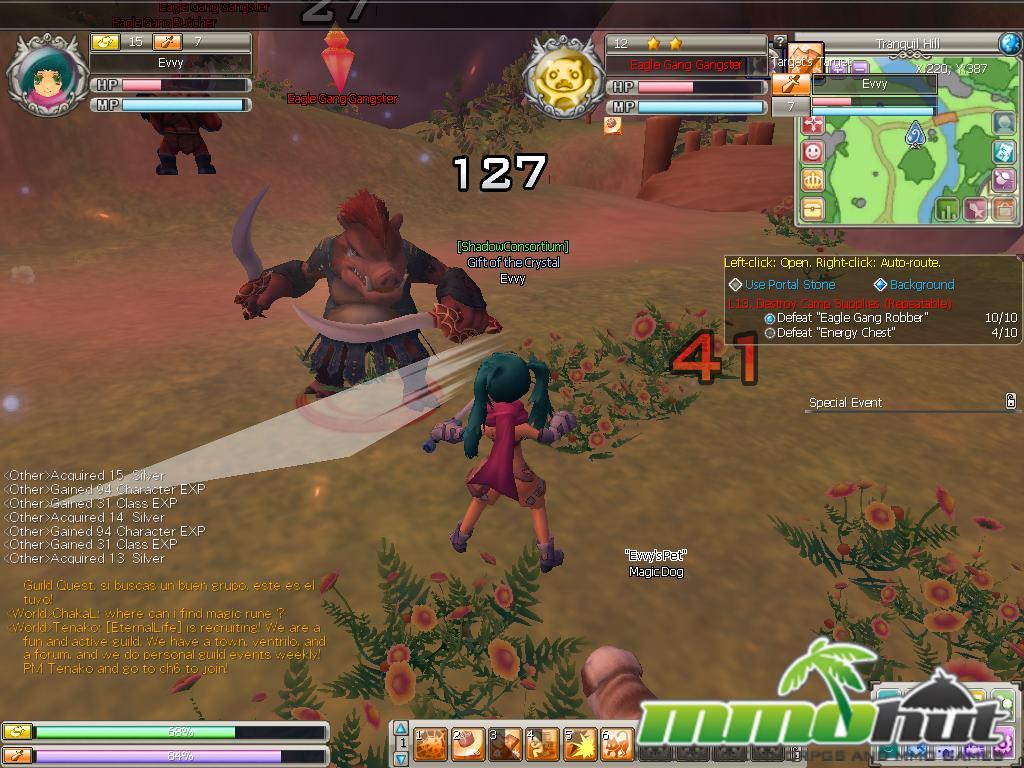 Items and accessories can be purchased at Merchant Shops or in the Item Mall. The weapons selection is decent. Purchase the Special Broadsword, Equilibrium Staff, Red Copper Bow, Scout Light Shield, Shell-Splitter Axe, Silver Scout Dagger, Versatile Mace, Highland Bow, Knight’s Shield, and the coveted Spell Wand. Weapons sold at shops are usable by all classes. Buy Tiger Fighter Tunics, Water Spirit Robes, Thorn Flower Hats, Gleam Vestments, Defender Helmets, and Sprinter Brigandine. Most of the armor is dull giving Eternal Guardians the same appearance. There are no outfits or costumes that stand out. Players do have the option of using dyes to add color to their apparel. Dyes are available in sage, orange, dark grey, yellow, eggplant, coral, pale blue, and lavender. Mixing color palettes can be amusing for a second or two but it doesn’t make up for the lack of garbs in the Merchant Shops. In the Item Mall gamers willing to spend real money can purchase rare pets and hard to acquire trinkets. The Razorback, little Labrador, and Shorthair Cat are available as companions. Adventure threads, Kimono, Eden Spectacles, the Legacy Bow, boosts, and more powerful health tonics are on sale. There’s also a cool Holy Seraph’s Wings that gives heroes an angelic appearance in the mall.

Comparable to other X-Legend titles like Grand Fantasia and Kitsu Saga there’s a nice variety innovative features that adds to its appeal. Eden Eternal is a fun and addicting game. Instantly transform into another class. Become a Ranger, Illusionist, Knight, Martial Artist, and more. Wage war with an assortment of monsters, clear out dungeons, and duel other heroes. Complete challenging quests in a party, with pet companion, or your sweetheart. If you’re one of those players that have a hard time choosing a class than Eden Eternal is definitely worth checking out. From its unique class system to the impressive Guild Town feature this game has a lot to offer MMO fans.