Ubisoft has taunted and teased me with their upcoming arena fighter, For Honor, mixing Skyrim style action combat with tactical real-time strategy elements to make a one of a kind “MOBA.” Show after show I petitioned with them to get an audience and never found an opening. So finally I settled. I left the last 2 hours of my E3 convention wide open, showed up at the booth, asked for access to the press kits, and then got into the massive line. “90 Minutes from this point” it read, like those daunting Disneyland line roadmarks that sent us into a downward spiral of despair as kids. Yet I stood through the madness. The Just Dance 2017 crew joined by Bethesda cosplayers, game programmers, men in suits, and a massive carrot. The Tom Clancy Wildlands presentation that (figuratively and quite literally) shook the very booth we stood in. The random celebrities surrounded by yes men and cameras who were an attraction simply because they had no idea what they hell they were looking at. Let’s just say that, much like those Disneyland lines, the attractions to distract you were plentiful as I edged ever closer to the front. 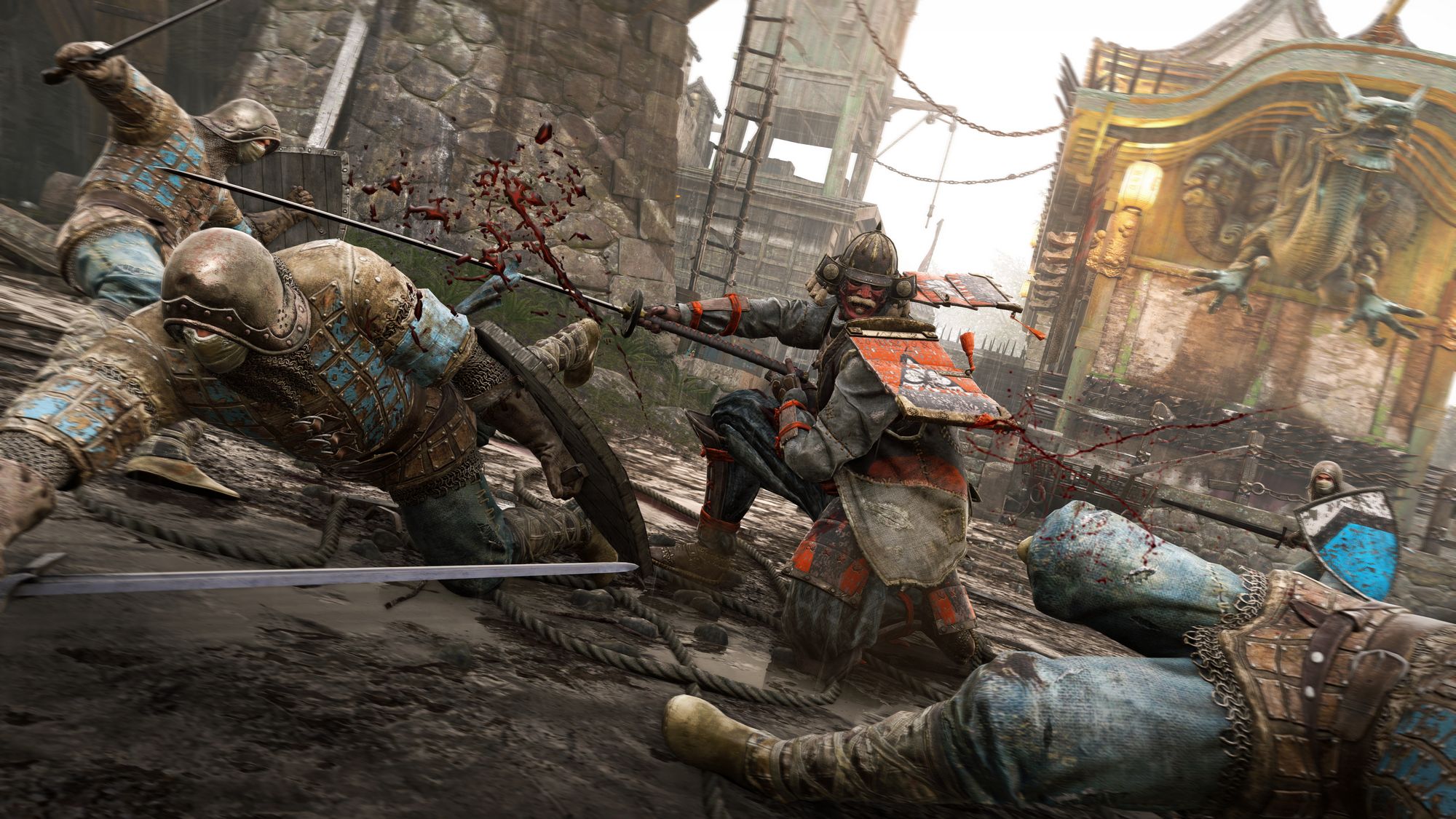 20 minutes later, I stood before a truly Canadian member of Ubisoft. In disbelief at the time, I asked him about the sign.

“We put those there just to scare people off. The show is closing soon and don’t want to have to turn people away.”

My foolhardiness to ignore logic and reason had paid off. I was now gripping a Playstation 4 control as a member of the dev team connected via wireless headset into my ear to guide me through the brutal… single player campaign?!

The Campaign Mode Reveal
Ironically after missing my chance to experience the 5v5 head to head battles at so many conventions, I now found myself at the controls and set to miss out on it again. But putting aside my personal wants, as gaming press this was a golden opportunity! For Honor hadn’t mentioned anything about a campaign mode before. With news that it was 2 player co-op no less, I knew even those with lukewarm receptions to it so far would be turning heads. So I jumped in to begin customizing the look of The Warden, a mercenary with legendary potential who just happens to be on the wrong side of history.

While the entire first mission acts as a tutorial, don’t get the wrong idea. This battle is an actual trial by combat, as you are thrown into an impossible confrontation with the King’s elite knights. They aren’t there to siege your lord’s castle. They are there to arrest him, and repeatedly call out for him to quite his foolish last stand that carries no hope of even slowing them down. The only element they failed to factor in their plans is you. 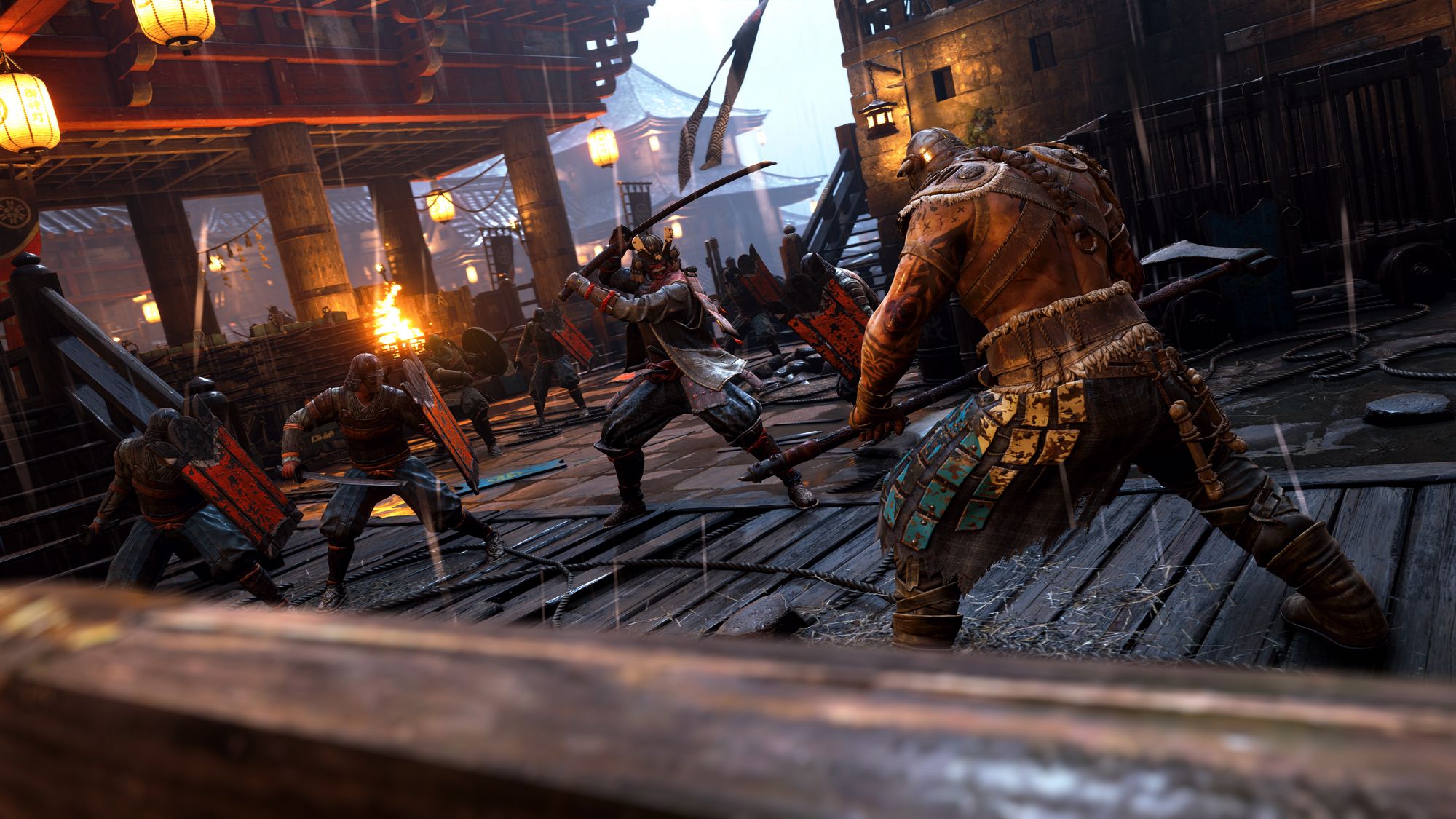 In what can only be described as the most beautifully narrated playable cutscene in the genre, the enemy commander recalls the details of the day as you live through them. It’s hard to describe the emotions that get mixed up as he speaks in awe as you stand alone, holding off a segment of wall against a baker’s dozen of trained knights equipped with the same powerful gear as you. They climb up ladders, ambushing you from behind, surrounding you, and just making sure you feel the pressure and threat even if it is a tutorial. With my gaming training mostly circulating around keyboard + mouse and Xbox controllers, I was a true fish out of water on a PS4 controller, and anti-climatically met my end defending said wall. And that’s the easy part!

Controlling The Warden
After a quick pep-talk with my demo overseer, I gave the wall a second try. The action controls are truly fluid once you know your way around the controller. Taking a defensive stance puts you into a locked on match-up with the nearest enemy of bad ass quality or higher akin to a Zelda game or any other sword combat titles in the last decade. Here you face off in a game of real-time rock, paper, scissors as you use your right joypad to prep yourself for left, top, or right stances. Pressing the guard button at this time will block from the direction of your stance, while attacking with quick or power attacks will launch your strike from the same direction. Understanding that the defensive and offensive stances were one was the missing jigsaw in my brain that immediately turned me from a greenhorn in an armored coffin into a berserker. The key is about misdirection, counters, and combining the two at a faster pace than your foe can keep up.

There’s three real ways to keep the pressure on your foe to maintain control of combat. The first is the aggressive route. If you’re constantly changing your stance and focusing on light hits, the early AI of the tutorial mission falters under pressure pretty fast. Even the Warden’s light attacks are rather medium in nature, doing massive damage with every hit. So long as the enemy doesn’t get a lucky block in and force you back, you can end duels in seconds. The second is the more cautious approach that was required against some of the mini-boss characters. Size up your opponent. Wait for them to strike. Block and power attack while they are staggered. Doesn’t always work but when it does, you won’t need to do much more to finish things up. Sometimes you’ll run into a super defensive foe that is ready to counter just about anything you throw at them though. In this situations, particularly when fighting in tight corridors, you should try to stay defensive to push them towards a corner. Then when you’ve got them backed up, you can go in for a short range guard break grab that makes enemies do serious staggering. If you plan the environment out, this allows for an easy power attack – light attack one two death strike. 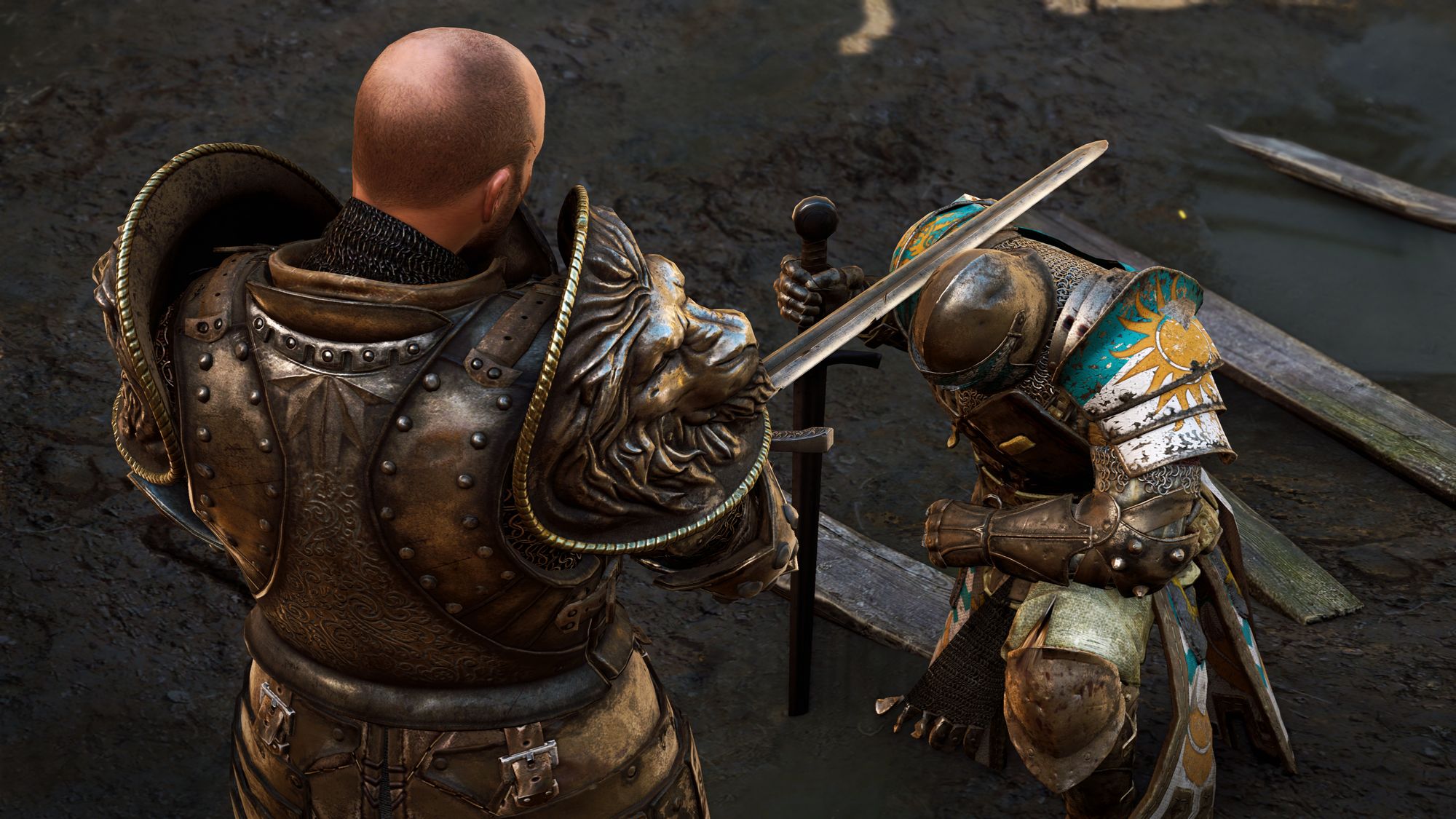 The demo brought me everything in the siege from holding the ramparts, to cutting down hordes of lesser enemies rushing through the front gates, to battling back archers standing their ground in the rafters of the city walls. I won’t spoil the end, but it all culminates in a battle against a bad ass that will force you to mix up your attacks, dodge and block power attacks, and use a little bit of everything that got you through the mission in order to survive. The whole demo was bug free, beautifully rendered with no hick-ups in frames, or slow downs despite closer to 60 units being moving on screen at some points. Voice acting feels authentic and adrenaline charged, and I can certainly see myself being drawn into the immersion of the story as I binge the campaign next year like a good Netflix series.

While it sounds simple in nature, the environment around you seems to keep you on your toes. Barrages of arrows from the sky, secondary lords joining the fray, and sometimes limited area to maneuver can force you to think on your feet and experiment with new offensive and defensive combinations to come out on top. To experience these elements in the most basic stage gives me hope for a truly challenging campaign as you advance. With promise of playing through the story from three perspectives including a Viking Raider and Samurai Kensei to build towards a united common enemy, this campaign alone feels worthy of being a game by itself. But knowing this all sets the stage to prepare you for online combat has me sparking with excitement.

The wait continues with For Honor currently pushing for a release in February 2017. I’m sure there’s plenty more surprises in store for us between now and then.