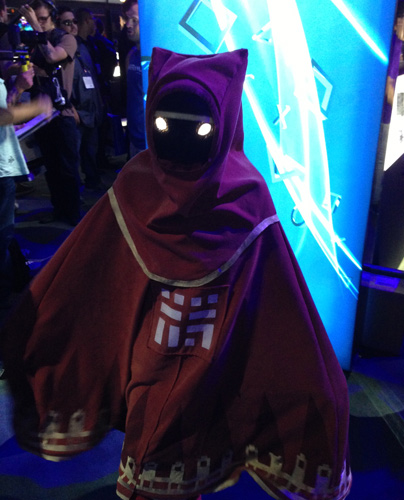 With barely an hour before E3 2013’s doors were set to close, I dropped James and Alex off at the Alienware Booth to film some WildStar footage and speak to Carbine’s Art Director Matthew Mocarski. Then I mad dashed towards Square’s booth for a last minute attempt to get some game time on Final Fantasy XIV: A Realm Reborn. Now as skeptical as I (and I’m sure many other gamers burned by the original launch) are, I couldn’t ignore our writer Proxzor and my buddy Platy’s constant praise of the recent beta testing events. I went in with an open mind and left with a paradigm shift. FFXIV’s return is without a doubt the kind of title needed to burst MMORPGs into the console crowd’s field of vision. And with it slated for release on both the PS3 and later PS4 in addition to the expected PC launch and this week’s first PS3 beta test, gamers won’t have to wait long before we see just how true these words are! 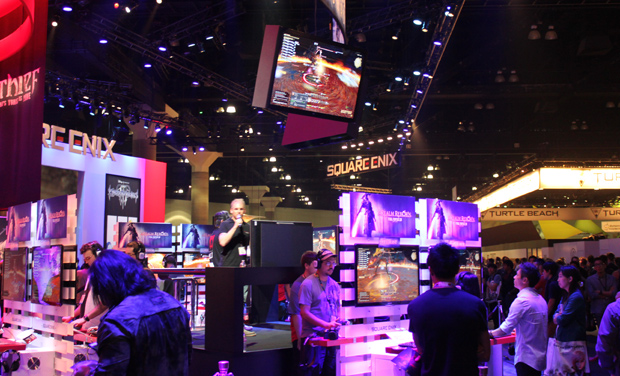 As we entered the press room we were treated to quite possibly the coolest demonstration of the entire show. While the public trailer doesn’t show it in its entirety, it’s the best we can offer:

Can you say wow? Yea… wow. Granted I thought the original FFXIV launch was the most beautiful game of the year but even after over two years of retooling, the game still outdoes most MMOs on the market. Beyond this flashy trailer, our group received a taste of the most extensive character customization I believe I’ve ever come across in any genre of gaming. I mean not only is this title so freaking beautiful, but your control over your character can involve iris size adjustments, individual eye color, adjustments to just about every inch, side and piece of your face, muscle ton adjustment, the always handy breast slider, voice, dozens of hair styles and colors… well you get the picture! If you find a total clone of yourself, you probably choose a default because the total number of combinations of character models likely reaches into the billions on this bad little character builder. That’s not hyperbole. 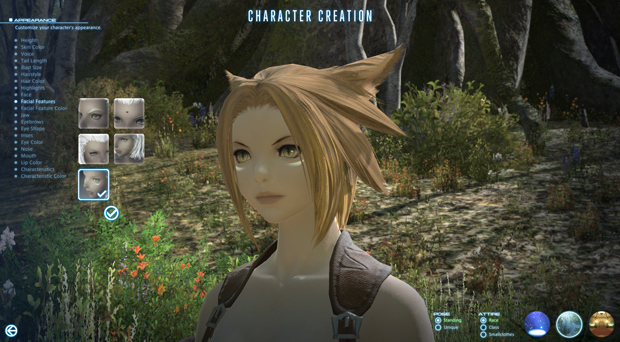 Beyond just tweaking the aesthetics, players can rest assured that they will have access to any class as any race with any gender. Limitations? Not here! Each race will also offer two separate racial styles to further impact your visual style as well as gameplay style.

The game offers all the typical group finding features and afk prevention queue functionality a modern MMORPG should. And an excellent and much less common feature called level-sync to allow players to lower their level to match another player and help them fight through content. Rather than just being a nifty feature to enjoy content with friends without the burden of making an alt, Square takes it a step further and actually offers mentor rewards for doing so. And speaking of community, a Fate Event system following in the path of the Warhammer public quest lineage exists to allow a quick and fun way for large numbers of players to join up to tackle huge challenges and fight competitively to earn the most contribution points and gain the greatest rewards. 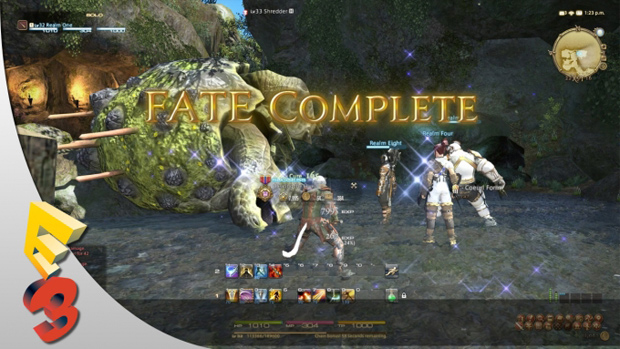 Enough of the MMORPG elements. I need to explain why I see this title as so ideal for bridging the gap between the MMO community and single player console gamers. FFXIV does this by fleshing out an epic single player campaign system that takes you through a Final Fantasy level of epic storytelling and bosses scaled to be conquerable by you alone. Now this is made possible by an incredibly refined tab-target combat system in which most skills allow you to move while channeling/using them. Enemy attacks are mostly area of effects that can be dodged with smart game sense and a bit of reaction speed by the player. 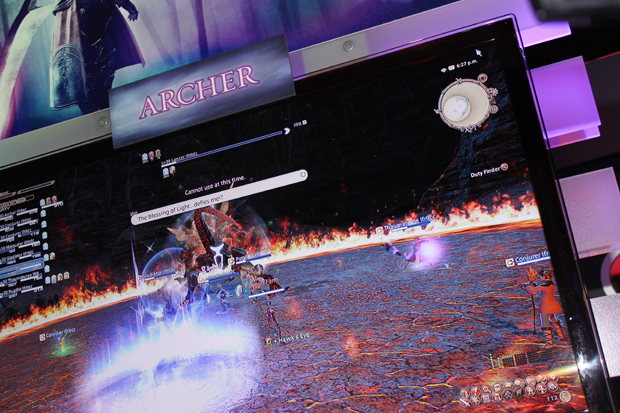 This was best represented after the presentation when I teamed up with 7 other players to tackle Ifrit, one of the legendary elementals in FFXIV that not only pose as devastatingly powerful bosses, but upon defeat grant players the option to summon their aid in future combat! I have to say this battle was without doubt one of the most intense I’ve faced in an MMORPG before. Not just because Ifrit is a pyromaniac demon on steroids that constantly blows up 80% of the map in a rain of flames and eruptions, but because the rest of my team had waited in line for over 4 hours in an attempt to get FFXIV swag bags. If you couldn’t beat Ifrit, then no swag bag for you! 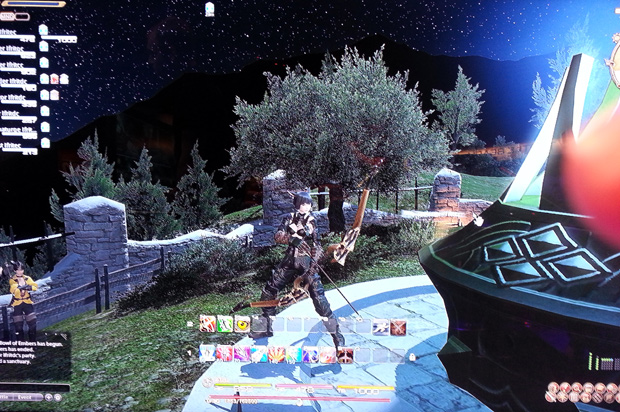 Our first attempt literally went down in flames. Ifrit was simply too powerful and a team of eight novices were quickly dispatched by him despite my kitty cat’s sexiest bow shots. Between agro management, a summonable totem that powers Ifrit up until you can destroy it, and a nasty bit of fire breath that sprays out of the demonic spirit’s mouth in a cone shape in front of wherever he looks, it was pretty clear that Square is not targeting casual gamers looking for a relaxing jaunt through Eorzea. 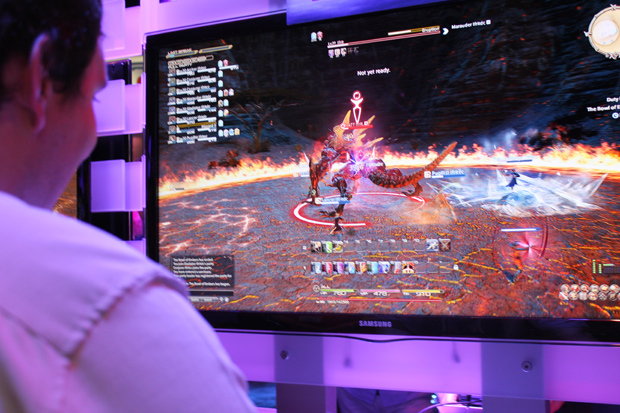 If you’re wondering how the second attempt went, well go subscribe to MMOHut’s Youtube channel and see for yourselves later this weekend!