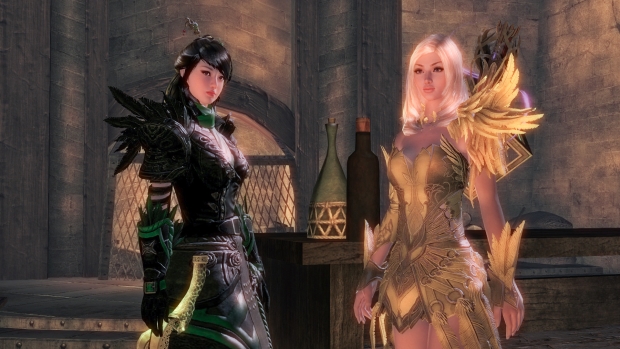 NCSoft and ArenaNet, publisher and developer of the acclaimed Guild Wars franchise, today introduces Guild Wars 2 players to a mysterious new realm in the ‘Edge of the Mists’. The release delivers living world content that drives forward the story of villain Scarlet Briar, exposing more of her horrific plans for Tyria and its citizens. At the same time, ‘Edge of the Mists’ introduces an overflow map with new gameplay systems and improvements to the overall experience for World vs. World (WvW), the game’s massive battle PvP mode that continues to surge in popularity.

As players will discover in the ‘Edge of the Mists’, no place is safe from the schemes of supervillain Scarlet Briar. The previously undiscovered realm is now overrun by the Aetherblades; dreaded sky pirates of Tyria who are undoubtedly pursuing the deeds of their minion Scarlet. Tragically, norn warrior Braham along with asuran child prodigy Taimi; both key characters in Guild Wars 2; have become stranded in the Mists. Players must help them while fending off attacks from the vicious Aetherblades. 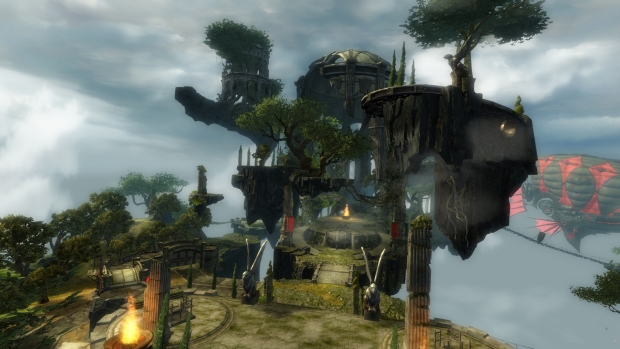 The introduction of the ‘Edge of the Mists’ is also giving players a new way to experience the game’s popular WvW mode. In WvW, armies of players engage in PvP on an epic scale, competing to seize territory, lay siege to castles, raid enemy supplies, and spread mayhem on four vast maps in the Mists. Now, players will never again have to wait to participate in WvW. ‘Edge of the Mists’ acts as an overflow map that gives them the option to continue playing in a PvP and PvE environment, with different zones that compose the map’s network of floating islands inhabited by creatures such as the kodan, ogres, and grawl. Players continue to build rank and gain loot and achievements while still in queue to join regular WvW matches. There’s also a new UI system in place that provides complete visibility on which maps are populated and anticipated queue times.

The living world action in today’s release isn’t limited to the Mists. Back in Tyria, players will join two other key characters, Marjory and Kasmeer, in the seedy Dead End Bar to piece together clues as to Scarlet’s true motives. Using artifacts and props from the last year of living world storylines, players will deduce Scarlet’s ultimate plan in a shocking revelation.