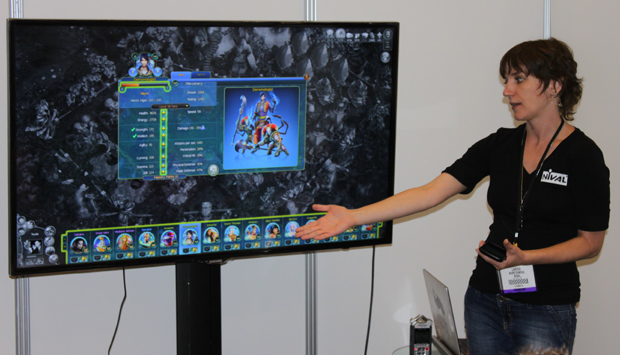 Our first stop was the Concourse meeting rooms to find a certain small Russian development studio responsible for what I dare say is the most addicting MOBA I’ve ever touched, Prime World. After a quick massage (yes they actually had a masseuse in their meeting room! What?!) it was on to the presentation to reveal a map that’s just barely gone live on the Russian servers, “Challenge Mode.” 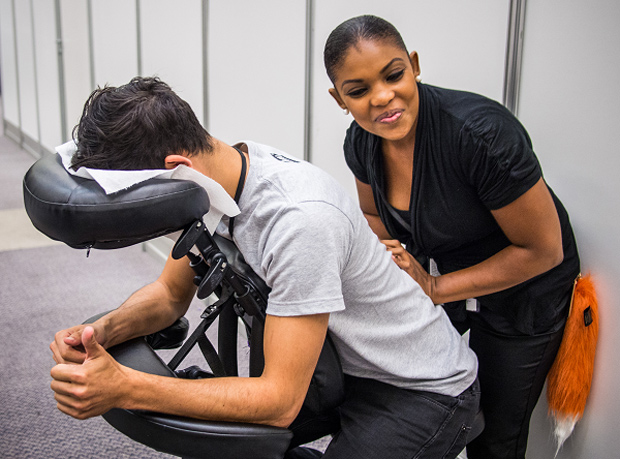 Now to be clear there are currently seven modes on the Russian servers which might be a record in the MOBA genre. As such it’s likely becoming rather challenging to release an eighth mode that doesn’t terribly overlap the already present modes. Yet they did just this by doing the most taboo thing a MOBA could ever do. They removed the PvP element from the mode! 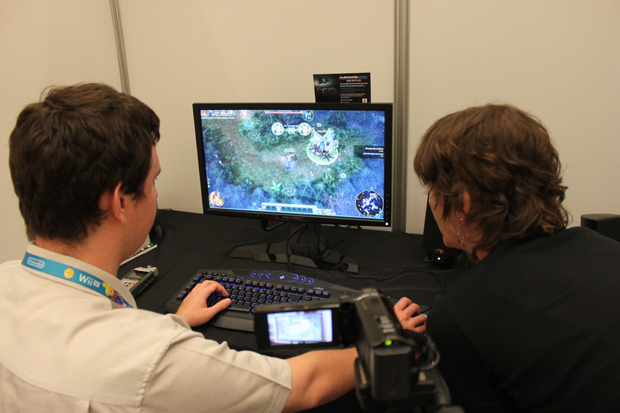 In Challenge Mode a team of up to five players (though you can queue with a minimum of three) must unite in an epic clash as countless waves of monsters run down multiple lanes in an attempt to overwhelm and destroy your towers, and eventually the sexy elf girl in the center of the map channeling the monsters’ ultimate destruction. With 4,000 HP though she’s no push over and various buffs appear throughout the map offer tower HP regeneration if you can break away from defense long enough to snag them. 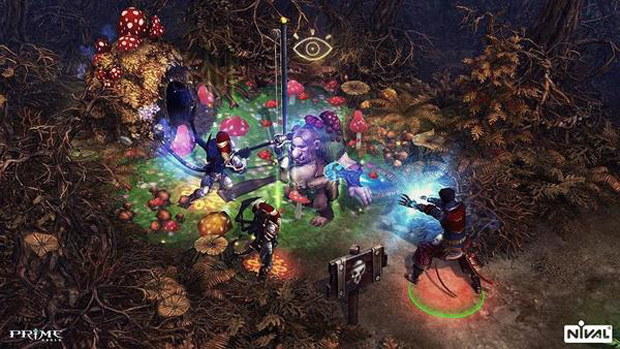 Honestly the mechanics of this mode seem so foreign compared to the rest of the modes currently offered, and odd for a MOBA in general. Your teleport skill is on incredibly low cooldown so you can pretty much pop around the map in a hot flash every 16 or so seconds. Cooldown reduction has an impact on this limit seemingly so all the more reason for to snag some. Each of the lanes also contains flags to spread native terrain and get yourselves a fighting chance, though the enemy mobs will do all in their power to keep your flags flat on the ground. The typical buffs such as power, haste, life, and cooldown reduction are also floating around the outside edges of the map, though maintaining your flags snags you faster renewal on the random buff generation. 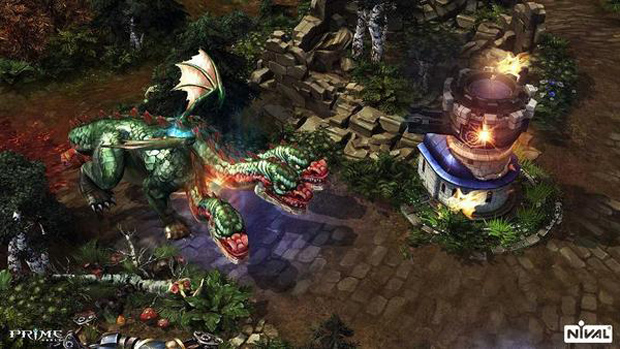 Even with two members of the Russian dev team backing us up (to balance the other two members of the press who hadn’t played before) and ridiculously powerful orange and purple hero characters, the mode was quite a challenge. We had multiple towers on the verge of burning down and quite a few deaths. The monsters have dive skills, silences, AoE dots, AoE spike damage, crazy HP regeneration, ally healing skills, ally spawning skills, stealth oracles, and mini-bosses that can take a serious beating no matter how powerful you are. And the showdown with the final dragon will push your team to their limits if you let your towers eat up too much of the EXP gain on the earlier mobs.

Keep an eye out for my upcoming first look video to see it all in action and don’t miss next weekend’s first western open beta test!