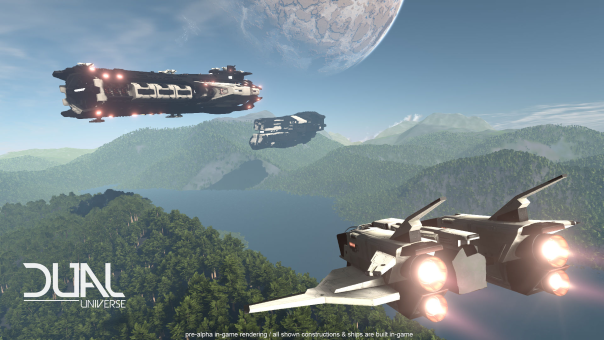 Novaquark, a Paris-based game studio, has announced that the Dual Universe Kickstarter campaign has finished successfully, raising over €565k and becoming the third most funded video game of 2016 on Kickstarter.

As requested by fans and backers, Novaquark will be creating a crowdfunding website to support further fundraising for the game’s stretch goals, while supporting alternative payment methods like PayPal and offering continued access to pledges. That site will be available here, and interested people can sign up for an alert when it goes live.

The passionate Dual Universe fan base has already led to the creation of about 900 organizations established on the role-playing community website. Additionally, the game’s Facebook page features over 50,000 fans with a healthy 40% growth since the last E3.

We did incredibly well thanks to our amazing community! It’s even more impressive considering the fact that the studio went from having no visibility to a successful €565k campaign in a matter of three months. We introduced our game during the last E3 in June 2016 and rose to become the third most funded Kickstarter videogame launched in 2016, with a vibrant and growing community.