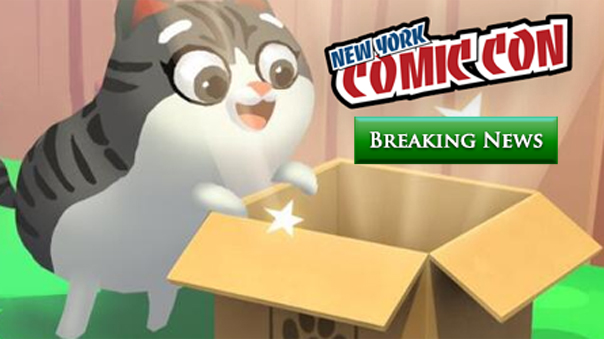 So continuing out with my previous recap, the VR scene promoted at NYCC 2016 this year was huge with a ton of different games shown off. However, the VR showcase wasn’t just about video games, but rather a bunch of experimental forms of VR including VR comic books and VR movies. While I truly feel that gaming is the way to go when it comes to VR, the idea of movies and comics certainly sounded interesting enough to try out. 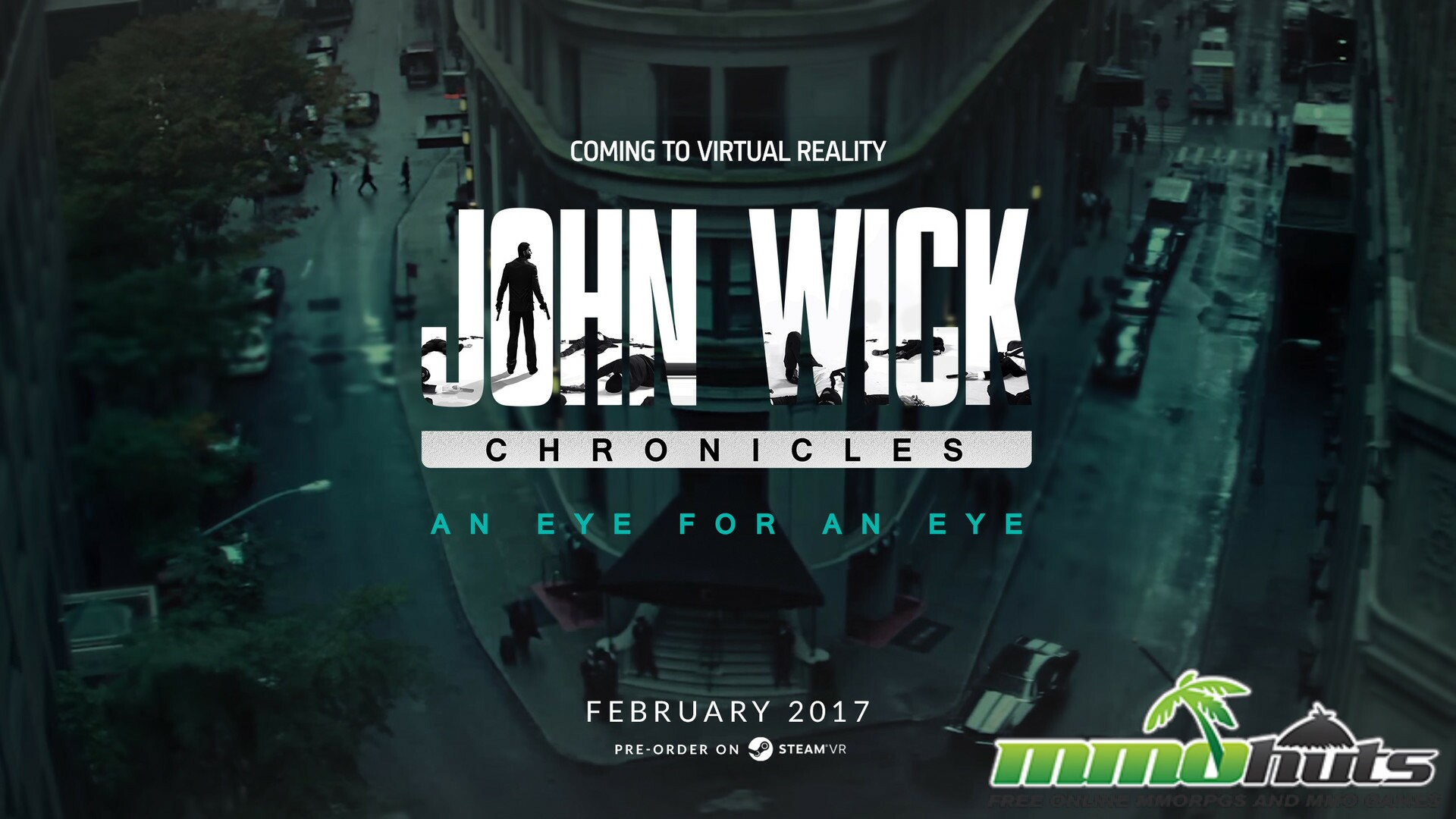 Easily the highlight of the show for me.

With that said, there was one other game that I got to try out called John Wick Chronicles. Based off the hit movie, players can jump into the shoes of the legendary assassin and utilize his iconic weapons to gun down his enemies. Even though I’m not familiar with the John Wick movies, I was really eager to try this one out just by looking at all the convention goers playing it. One of the players could be seen really getting into the action by pointing his guns in multiple directions like some kind of cowboy desperado.

After a long waiting time of up to three hours, when I finally was set up to try the game out, my brother told me to take off my shirt. I asked him why and he replied saying “because you’re going to be sweating up a storm after you’re done.” I kinda just shrugged at him after taking my shirt off, thinking that it wouldn’t be that intense, but I quickly realized as soon as the game started that he wasn’t joking.

The game starts off with me hanging out in a hotel room before the place started getting shot up by sniper fire. I instantly hit the floor in an attempt to protect myself and could be seen wriggling around on the floor before I realized that I needed to press a hidden button on the floor in order to reveal a hidden elevator in my hotel room. Once I got my bearings, i crawled over to it to reach the roof of the hotel. 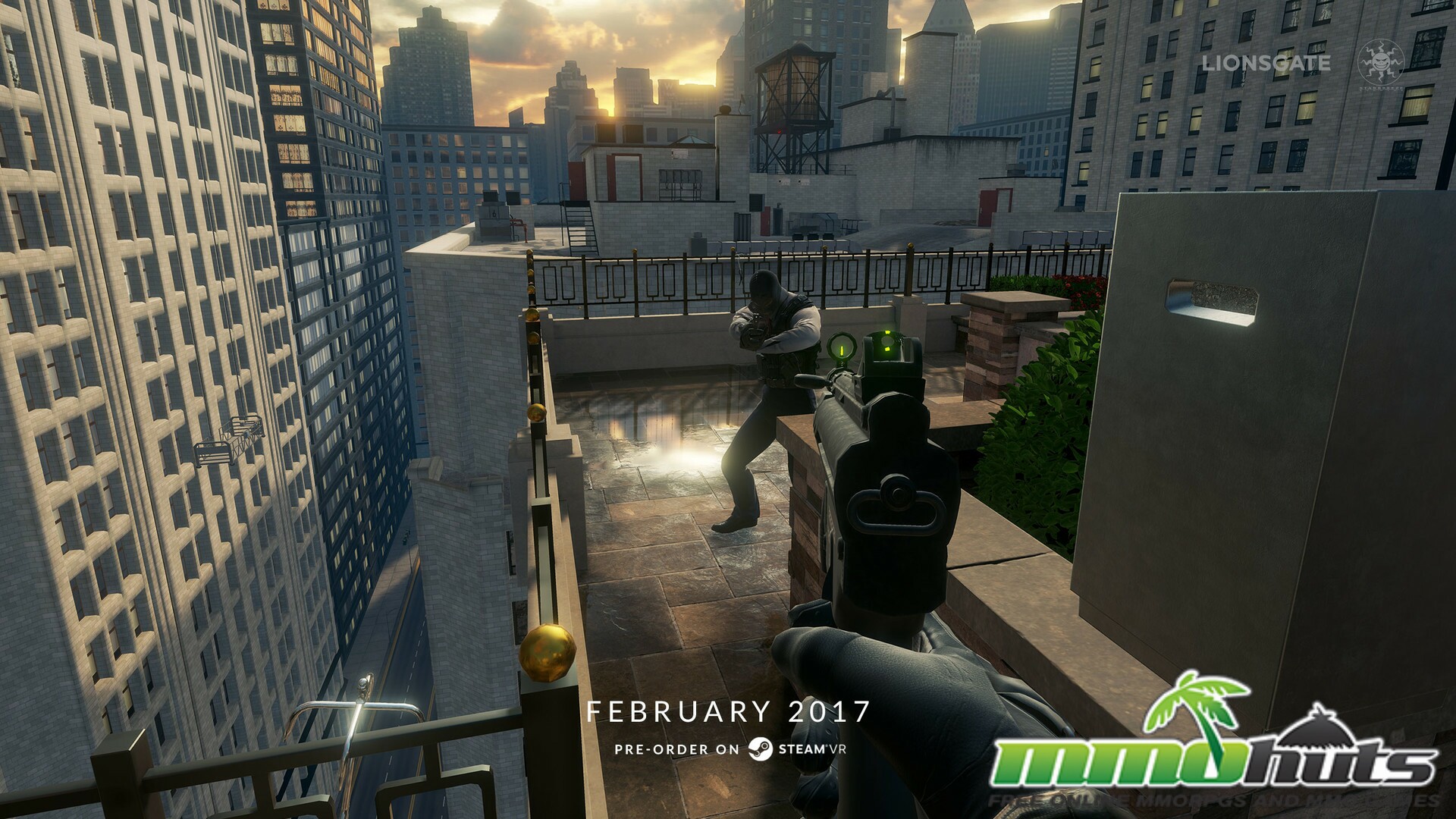 Facing off in a virtual gun battle on a roof is enough to make you sweat IRL.

From there, this is where things really got kicked into 12th gear as I was given an assortment of different guns to use, including two pistols, an SMG, an assault rifle, and an a sniper rifle. Of course, I instantly went for the two pistols just so I could feel like a badass and attempted to shoot back at some foot soldiers that were firing at me from across another building. Because of the added depth that VR brings, I was able to shoot down a few of them by aiming down the iron sights of the pistols, which felt just as natural as using real steel. Of course, my aim was still pretty god awful, so eventually I switched to the sniper rifle in order to take more accurate shots.

Eventually, waves of enemies were thrown my way and I was using every weapon I had to take them down. At some point, I was even dual wielding an SMG and a Sniper rifle in each hand, which looks ridiculous but that’s also the glory of virtual reality since you can give a big old middle finger to weight and logic.

While all this awesomeness was happening in my screen, the way I looked to the spectators was probably one of the more ridiculous things they’ve seen in awhile.

After getting killed off in game once due to a helicopter attack, my VR experience with John Wick finally ended and I was given a score of only 140k points. Apparently the game came with a leaderboard ranking solely made for NYCC which shows how well players have been doing each day. Sadly, I was nowhere near reaching the top score, which I believe was around 300k. But still, out of all the VR experiences I had that day, this was easily the best in the bunch. When I pick up my HTC Vive next year, this will undoubtedly be the first game I will be playing with.

Another game that I witnessed but didn’t get to try out was a game called Kitty in the Box VR, a VR version of the popular mobile game of the same name, and it’s about as straight forward as it sounds: It’s a game about getting a cat into a box. You can either try or pet the cat to go into the box, lure the cat into the box with a treat, or simply just pick the cat up and chuck it in. Of course, there’s also gonna be tons of obstacles in the way, so players will have to figure out the best way to get the cat moving. 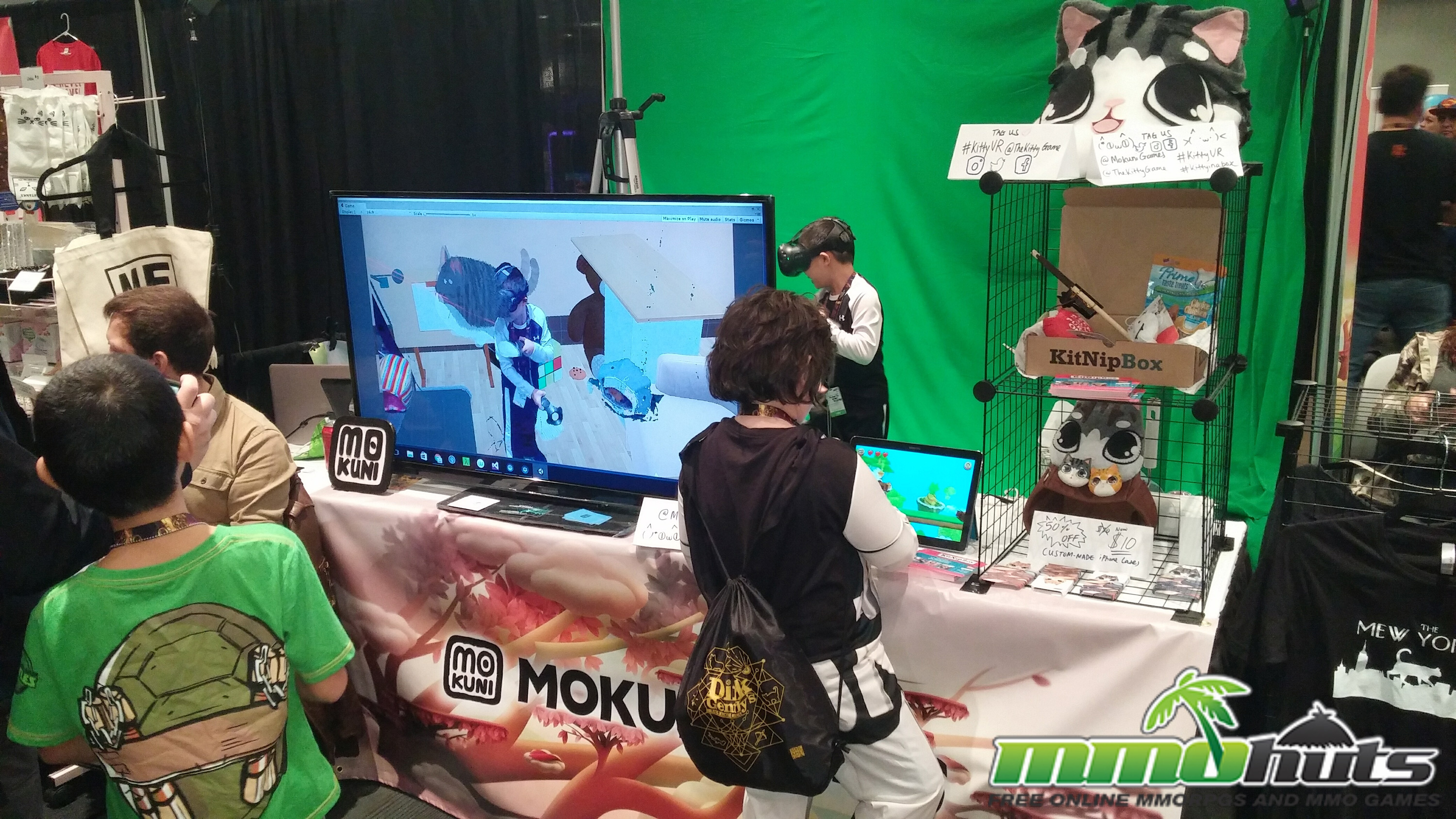 For this demo, they managed to set up a green screen as well as a flat panel TV hooked up to the green screen so that spectators could see what was going on in the game, and all I can say is that there was some freaky stuff happening here and there, but still funny and charming enough for the kids to enjoy.

So with all the VR games out of the way, next up was the world reveal of VR comics by Madefire Motion Books. Users that own an Oculus Rift or Gear VR for the Samsung Galaxy can now enjoy reading comic books in a full 3D space, with moving panels, visual effects and more. Comics available include over hundreds provided by DC Comics, Marvel, Dark Horse, IDW and more. 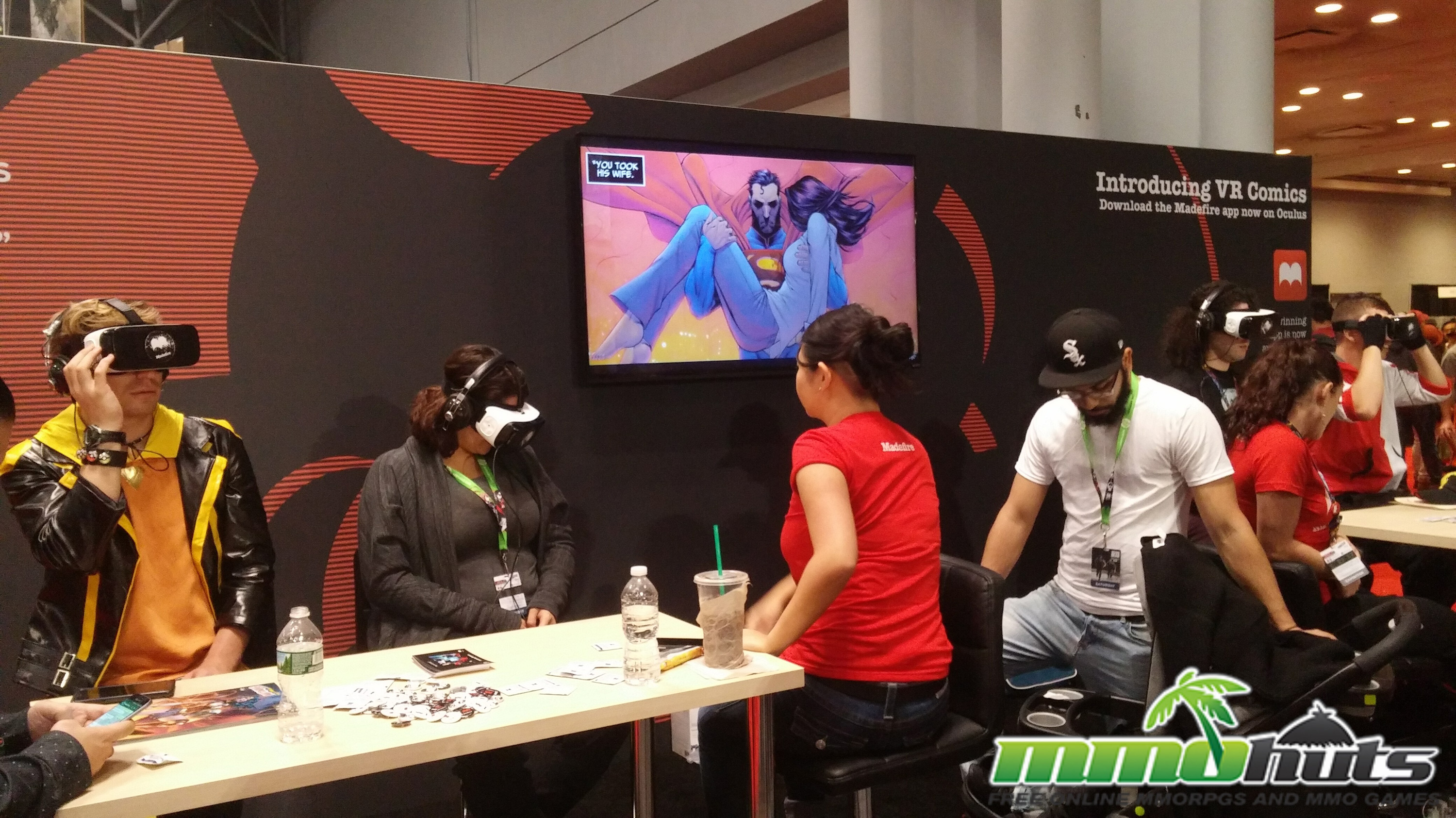 VR could completely change the way comic books are written!

As for the experience of reading a VR comic: Well, I can’t personally say that it’s something that I would invest into very much. The added touch of visual effects and a full panoramic view is nice, but I personally see it as way more of a novelity than with VR gaming. At the very least, though, the app to download VR comics is completely free, as well as a few comics that you can read through and experience for yourself before users decided if they want to purchase more comics.

Another novelty VR experience was the Jaunt movie showcase, which at NYCC 2016 presented a whole bunch of horror themed movies. One of the movies that I got to watch was simply called “The Game” where a young woman finds herself trapped in a strange building that’s being monitor by a mysterious watcher who speaks to the young woman via speaker. The trapped woman has to survive the building which is filled with all sorts of psychos and killers by listening to the mysterious watcher’s words, or face certain death.

The sheer number of VR experiences at the show caught me off guard.

With the small five minute viewing that I was given, the experience was set around a moving screen that follows the trapped women all around the building, which didn’t seem very scary at first. But with the full 360 perspective, it allowed me to see eerie things around corners and multiple spots that wouldn’t have been caught on a single screen otherwise. It helped me get immersed into the movie a bit more than I thought it would, and I personal think that just like with the Resident Evil 7 demo, if they utilize VR’s capabilities well enough, this could make for a frightening experience.

Now overall with all of the VR stuff that I got to experience today, despite all my attempts to explain most details, my own words alone can’t do enough justice to how these things actually feel. Watching and reading VR experiences can only tell you so much and you won’t truly know what it’s like until you actually try them out yourself. So if you’re on the fence regarding VR, I urge you to actually try a VR demo for yourself to see if this kind of entertainment is worth your time and money.

With that said, only one more day to go. Check back as I wrap things up with the cosplay showcase (that you’ve all been waiting for, I’m sure)!