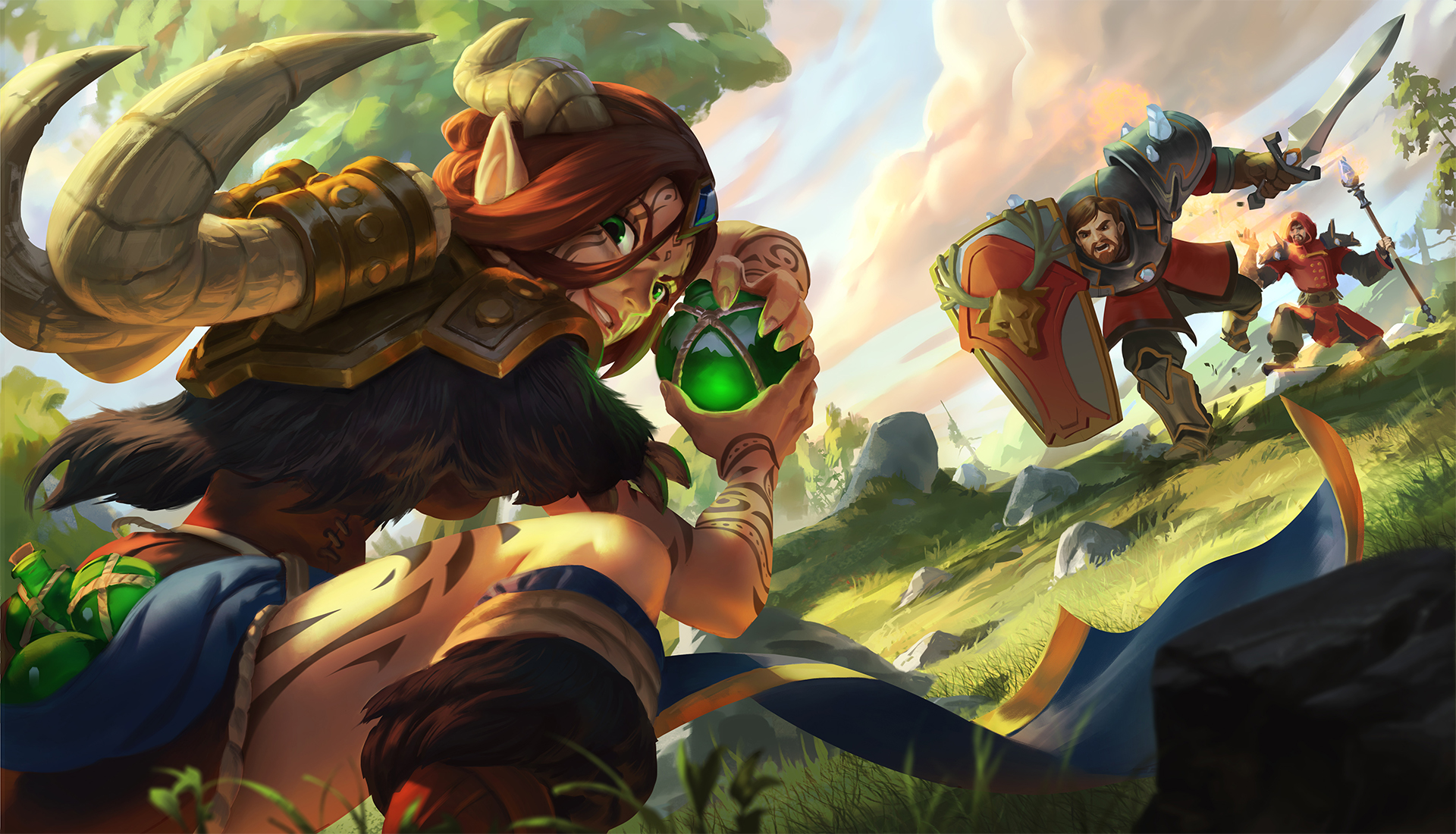 Player versus Player (PvP) combat has always been my choice when deciding between PvE (player versus environment) or PvP. Just the idea of knowing that the enemy you are facing is another live human being with their own unique ideas and plans seems a lot more interesting to me than scripted boss battles and well-designed dungeons. Don’t get me wrong, I do love me some PvE (some developers end up creating some amazing dungeons and raids) but if I had to choose between good PvE and good PvP, I would always go for the PvP. Knowing this, I was excited to try out BattleSouls, a game revolving around PvP.

BattleSouls is an online multiplayer action game, currently in its open beta stages, developed and published by Pixeleap. Players must work alongside their team in order to defend their soul crystals and destroy the opponents’. Like most online action games, working together as a team can be the deciding factor determining which side comes out victorious. Most of the time working together well as a team requires a good balance of damage, support, and tanks. If your team is too one sided, it will not do well overall and can only excel in specific scenarios.

It’s quick and easy to switch between classes

Usually, in order to create a well-balanced team, players must select a role according to the team’s needs. However, with BattleSouls’ class loadout system, it can be possible to play multiple classes with different roles on an on demand rotation. You can enter the battle as a tank, switch to a support in order to aid teammates, or switch to a damage dealer to finish off enemies. This system provides a lot of flexibility for each player and allows them to individually fulfill all the required roles of a strong team.

Currently there are five different classes available to pick between and earn a place on your loadout. All classes feature three abilities, two of which are active and one which is automatically activated upon switching classes. I personally went with the traditional roster of a warrior tank, support healer, and damage dealing wizard. This loadout allows me to jump into battle, tank enemies, heal myself and my teammates, crowd control enemies, and take down the opposing team. I mean, what more can you ask for? If you can do all of this, what do you need your team for? Well… being a team based multiplayer game, running in alone will do you no good. If you are focused down, you will fall very quickly, even as a tank. It is essential to enter combat and move between objectives as a team.

The loadout system is very simple to use

Unfortunately, the classes available in the game are nothing special from what we have already seen in other games. These classes and their abilities are all generic abilities found in most online and single player games. With the 3 class loadout system, this game has a lot of potential to create unique battles with players jumping between various roles. I hope we see more unique classes in the future showcasing the creative minds at Pixeleap. It is easy to find the traditional warriors, mages, gunners, and healers in the gaming universe.

After selecting your preferred classes, you will run across decently sized arenas aiming to capture and control the inhibitor. The inhibitor is usually found in the middle of these arenas and must be controlled before the enemy crystal becomes vulnerable. The inhibitor acts as the central place where both teams battle and is always full of action. The team to destroy all three soul crystals will come out victorious. Unfortunately, the game does not seem to feature any lore, but I doubt it is a coincidence that there are three soul crystals and three classes in your loadout.

The game is very easy to pick up and play with its easy to grasp objectives and intuitive controls. However, it can be hard to figure out what is going on around you. Although this may be due to the game being in its beta stages, the kills and objective captures don’t appear to have a big impact in the game. The announcer calmly mentions some happenings at times and sometimes you don’t know who on your team is still alive or if your crystal is under attack (unless you monitor the kill ticker and text). The death animations are also not very obvious and you are often left surprised when someone dies.

You can’t get away from me that easily…

Also, the arenas do not feel like battlefields. After turning down the music volume, the game went drop dead silent. The environment feels dead and there seems to be nothing going on; both visually and audibly. The art style results in arenas and environments which are visually appealing but they still look dead. It would be nice to see things going on around the arena.

The closet comparison I can think of for this game is the World of Warcraft battlegrounds using the solo queue. The battlegrounds themselves can be entertaining and require a lot of strategy but when playing solo, they are just mindless battles where everyone runs in one by one. The lack of voice chat does not help with this issue. I can see this game being more fun with a premade group, but the public matches at the moment are just packed full of mindless juggernauts who only now how to march forward.

It’s great to see a cosmetic only cash shop

The idea of a multiplayer online arena with an on demand class loadout is great. However, in its current state I cannot see myself recommending the game. The base game is pretty fun and promising but until the little things are added on to polish the game, I would look elsewhere to satisfy your PvP hunger. The game’s arena combat reminded me of Nosgoth which has unfortunately been shut down. I would hate for BattleSouls to end up with the same fate.

For a game in its beta stages, BattleSouls shows a lot of promise. If additional polish such as improving the ‘life’ and environment of the arenas, providing better notifications for players to inform them on what is going on in the match, and even additional features such as voice chat are added to the game, BattleSouls can turn out to be a great game. I look forward to revisiting this game in the future after it has had time to mature. Hopefully by that time it becomes a game which has been polished and features unique classes drawing in players from around the world.