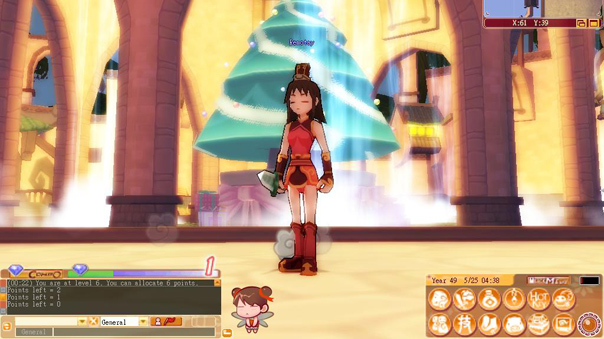 Surprisingly, I’ve found that there are very few anime inspired MMORPGs available on the market at the moment. One would think that with the obvious popularity of anime, and the well known connection anime shares with gamers, that there would be a whole lot more. In less than five minutes any anime fan could think of a hundred possible MMO anime adaptations – Pokemon for example, if properly developed, would have the potential to be one of the greatest MMOs ever made. If you’ve played any of the Gameboy versions of Pokemon, then you’ll know exactly what I’m talking about. 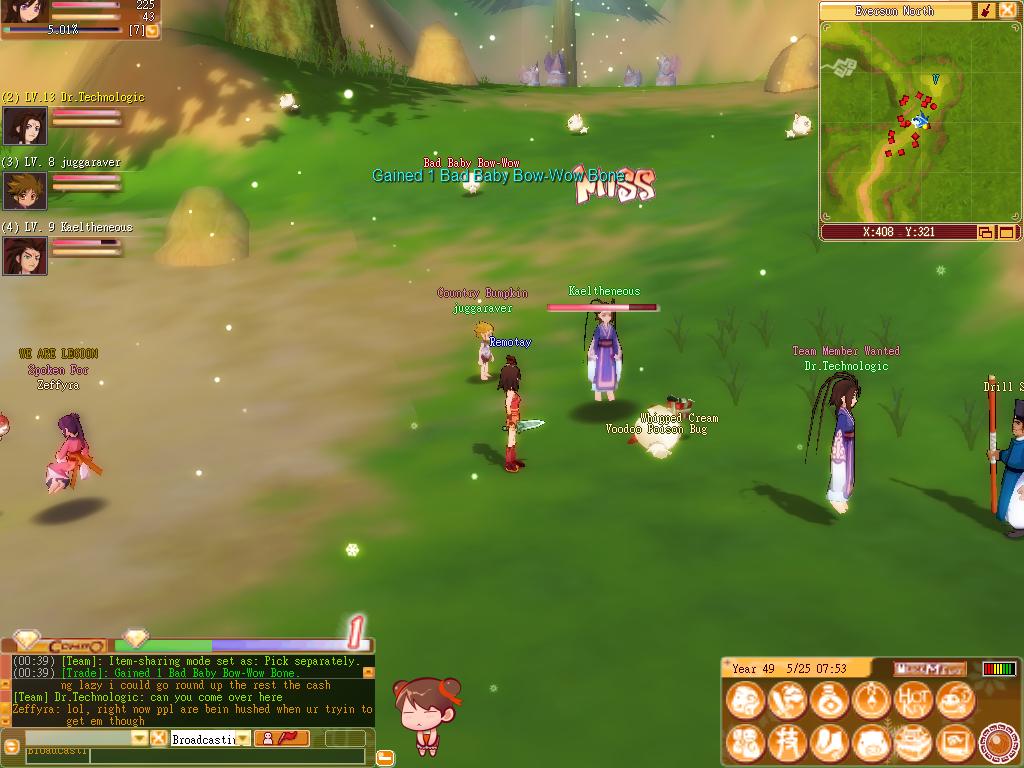 FREE YOUR MIND
Let your imagination run wild and you’ll soon be filled with hundreds of possible ideas – from Dragonball Z to Evangelion, Bleach to Naruto, Yu-Gi-Oh to Full Metal Alchemist, and beyond. Just between you and me, I’ve already heard that some of these games may already be in development. With cell-shaded graphics and engaging storylines anime may very well hold a large place in the future of MMOs and games such as DOMO, A.K.A Dream of Mirror Online, give us a small glimpse of what might be ahead.

DOMO, developed by Softstar Entertainment, is the perfect example of an anime style MMO done properly. It does so by combining five key ingredients together in almost perfect unison – Graphics, Story, Innovation, Customization, and Fun. The graphics are no doubt the most noticeable of these features, being both bright and colorful, and beautifully drawn. I have always been a massive fan of the way cell shading can bring an anime to life, and DOMO does just that. 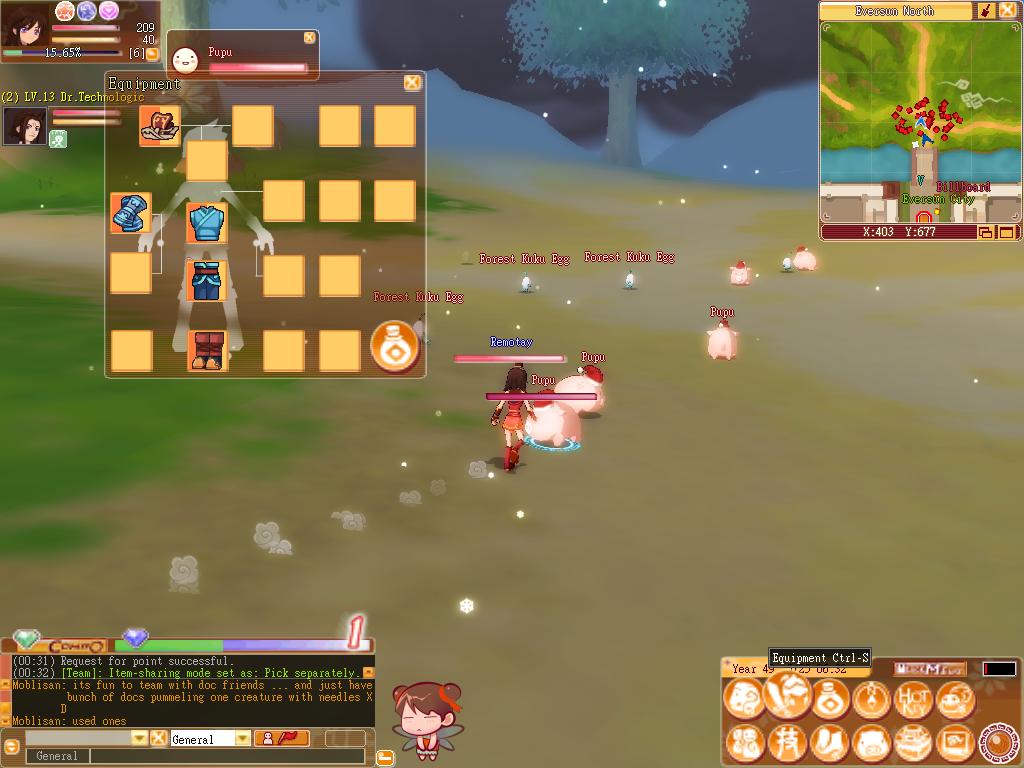 CHECKING ALL THE BOXES
To make a long and fantastic story short, the storyline in DOMO revolves around the balance between two words, the real world and the Mirror World. The Mirror World is supposed to perfectly reflect that found in the real world, but in recent times has been distorted. You have been summoned to the Mirror World by the mirror kings to help save the land and set things straight. The story happily progresses as the game does, and it a wonderful display of storytelling in true anime style.

Innovation? Where to begin? The simple cell-shaded anime themed approach is more than enough for me in these dark times, times that see games of almost exact similarity being released so often. Happily, DOMO takes it a step further and adds some new and exciting features to the mix, such as giving players that work as a team a significant experience gain, or allowing players to level not only their characters, but their weapons too. Developing different types of relationships to enhance your skills, or acquiring a pet to aid you in battle would be a couple more. My favorite though? Well that’s easy. 4 Races and 13 Classes is what does it for me. 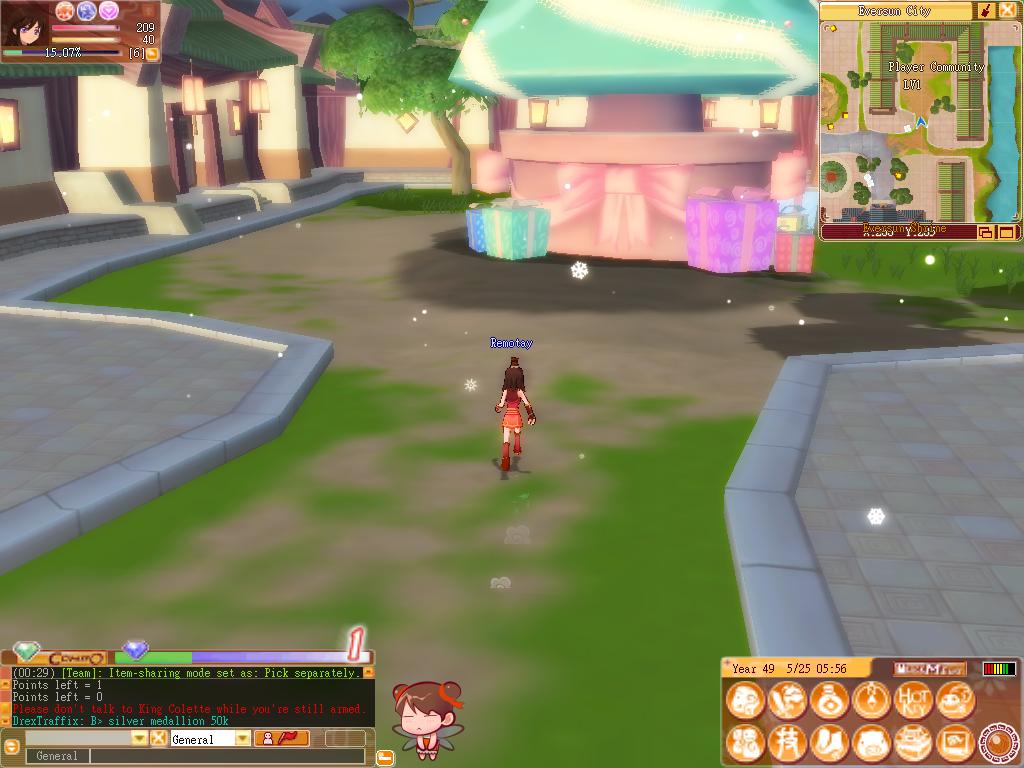 MAKING THE CHOICE
It’s not the amount of race and class options in DOMO that impresses me most either, it’s the different types available. While the old favorites are still there, DOMO has also introduced a bunch of new ones – even some from back in the days of the SNES, when RPGs ruled supreme. When it comes to choosing a race, you’ll be given choice between Humans, who are the most balanced of the races, the Shura, who focus their talents on strength, the Sylph, a race with significant magical prowess, and the Sprites, who while look small, have more endurance than any other race.

After choosing your class you begin playing in DOMO as a Commoner, a class that while lacks much in the way of combat, makes up for it with a wide range of other abilities. At level 10, players may choose to either stay as a Commoner focusing on different skill sets, or learn the ways of a class that better suits their own unique style. The 13 classes available in DOMO are as follows: Blademaster, Dancer, Doctor, Fencer, Hunter, Martial Artist, Mercenary, Merchant, Musician, Shaman, Thief, Witch Doctor, and Wizard. If you can’t find something there that suits your style, then there is simply no pleasing you, because the line-up in DOMO Is quite frankly the best I’ve seen in a very long time. 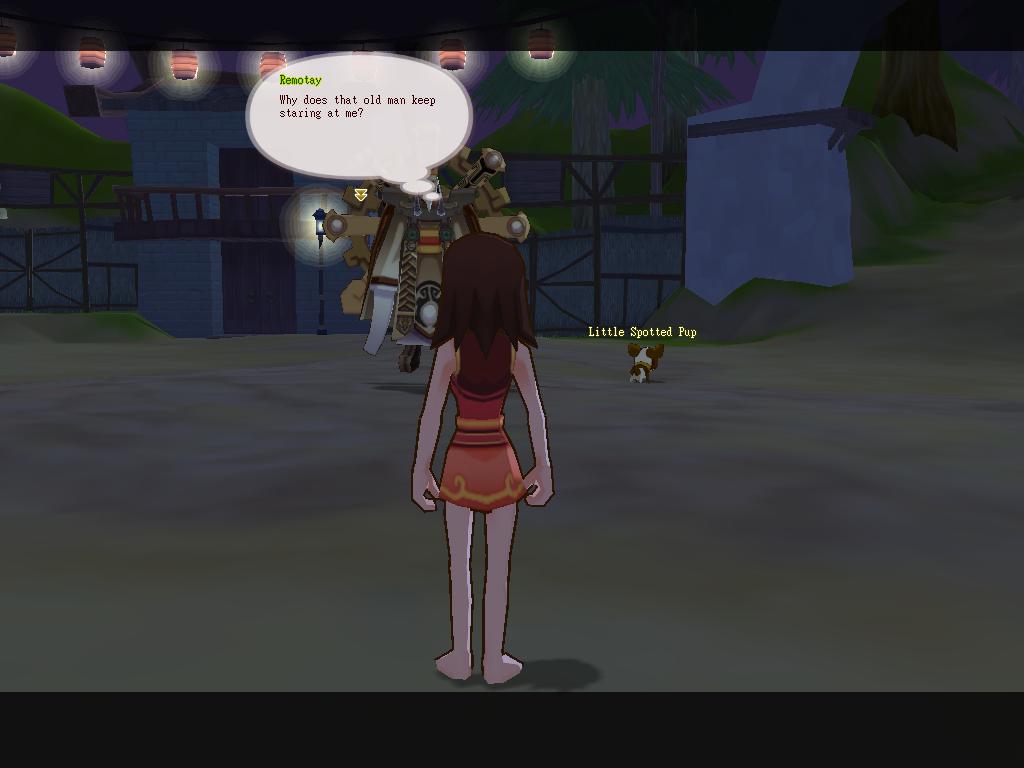 HAVING FUN
What was that last part again? Oh, right. Fun DOMO has fun in spades with a stack of impressive features spread throughout the game. Players will have access to special in-game relationships such as friends or lovers that allow access to special skills, can fly through the air atop magical swords and brooms, join guilds, craft items, weapons and armor – there’s a lot to do in DOMO, and almost all of it is fun.

Final Verdict: Great (4/5)
No matter which way you slice it, DOMO is lot of fun from beginning to end. It provides both innovative and unique gameplay to all avenues of the game, and with 4 race and 13 class choices, guarantees that every player will find their own niche, and have a lot of fun in the process.