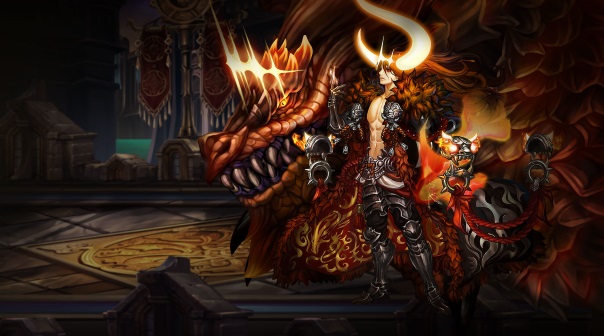 GAMEVIL announced the major seasonal update for their RPG Dragon Blaze, which heralds the arrival of Chapter 6: Realm of the Gods. Chapter 6 offers new features and content, as well as tweaks and improvements to bring excitement to the game again, reminiscent of when it first launch. The first Exalted-grade Allies have appeared, the “Quintuple Ascendants”, which includes Hartz Helsing, Violet Lisque, Firstcrown, Blizz the Winter, and Blazeater. The Allies have the ability “Alteration”, which lets them change their appearance at will. Furthermore, the game adds a new “Absorb Enhance” feature, which allows players to use their existing Allies as materials to create Exalted Allies or enhance other Allies. This feature will make it easier for new and current players to upgrade their Allies.

Dragon Blaze now makes it even easier for users to obtain currency with the new Hands-Off Mode, which is activated by clearing a specific Challenger Dungeon 10 times. Hands-Off Mode will allow players to play dungeons automatically, even when the game is turned off. This feature will let players collect resources while they are offline. Other new features include increased max level cap to Lv. 138, all new 24-man Raids, as well as reworks to Equipment, Jewel, and Skill Card systems