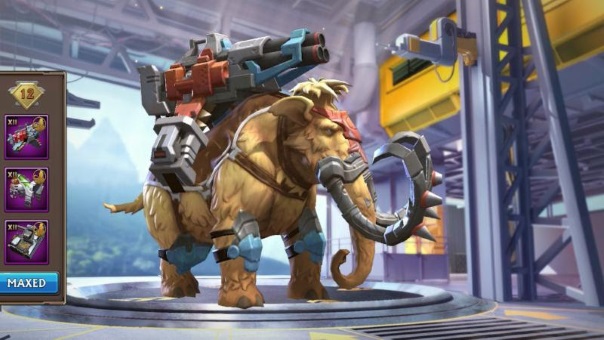 The mobile survival strategy game, Dino War revealed several gameplay details for the battle to save humanity. Whether you’re leading triceratops, stegosaurus, tyrannosaurus, mammoths, or King Kong, you must use them to your advantage to secure a victory. To win the war, players must collect and nurture beasts in the Beast Compound, assembling and attaching plugins to make their beasts more powerful. When beasts are strong enough, they can help to fight enemies and defend your home against evil. l. As players begin the game and unlock the Beast Compound function, they meet their first dinosaur-the pterosaur. As they continue to play, they will unlock additional beasts, each with different skillsets that can be upgraded through assembling plugins. Skills are divided into two categories: combat and non-combat. Combat skills provide players’ troops with significant support during fights, while non-combat skills include research and talent benefits. When a beast’s skills reach a certain level, they can team up with the player’s troops or help to defend the base. Players must leverage strategy to control the behemoths and enhance their skills.