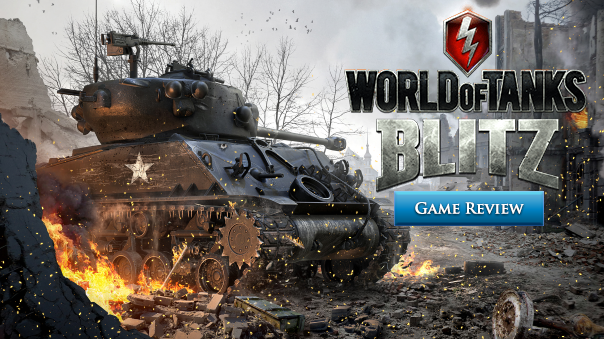 World of Tanks is the game to play if you are a fan of tanks. From the get go, you operate several different types of tanks, and you slowly advance further into the tech tree to unlock more upgrades and higher tier tanks. Even though we already have a World of Tanks game on the PC, the new World of Tanks Blitz that was once only available on iOS and Android is now also playable on the PC. So I went ahead and investigated to see if Blitz is really worth it as a replacement for the normal World of Tanks that has been out for years.

Over the years, I have played World of Tanks regularly. Even though it is an extremely fun game to play, sticking around for the long run never happened. I usually just picked it up when I was bored, and never really played it for more a few weeks straight. Its just one of those games you play when you just want to hop into a quick game and make something explode. Despite this, the genre itself is extremely popular. We have seen a lot of different games with the same style of approach, but World of Tanks is in a league of its own, and its not a surprise they aimed to draw in mobile gamers as well. I even tried World of Tanks Blitz when it first came out and found it enjoyable; it was somewhat the same, except a bit more simple.

Nothing much has changed for this PC version. In fact, its the exact same simple game as it was back then. Just like in the PC version of World of Tanks, you are given a simple Tier 1 tank from any nation you pick. By playing you will unlock more gold, credits and experience. Where gold is the cash-purchased currency that is used to unlock everything a little quicker than the rest, credits are the regular currency you earn while playing the game that is used to buy new upgrades and vehicles. The game isn’t pay to win, and never has been: you can’t buy your way straight to the higher tiers.  Every upgrade or tank has a minimum required amount of experience, and you still need to meet this required amount to use them. So while you can’t skip these requirements with a cash shop purchase, you can use your wallet to obtain premium, which gives you 50% more experience. 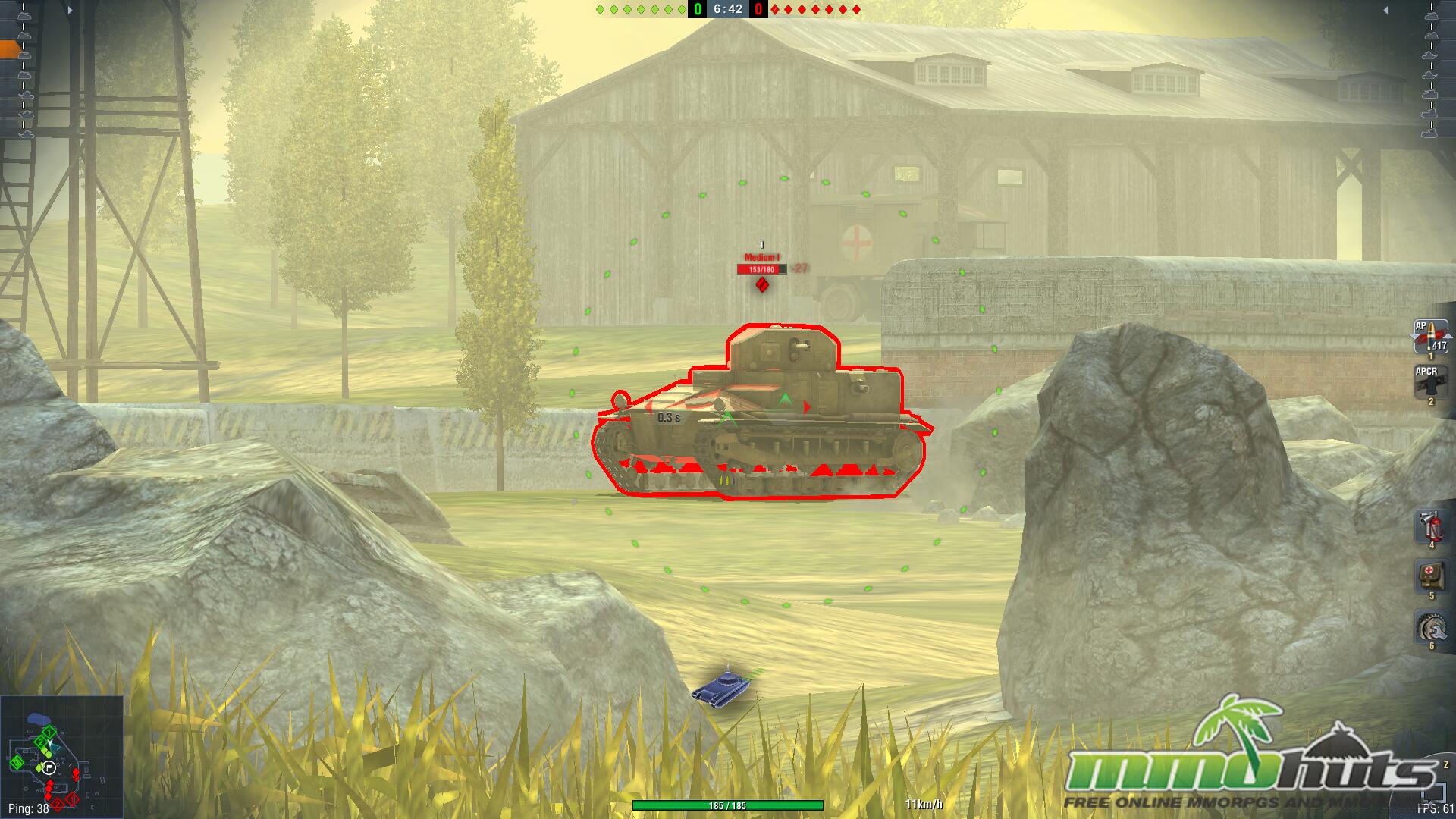 Now that we have this out of the way, let’s talk about the game itself. What are the biggest differences between the normal game and this mobile phone port (ported now to PC)? The first thing that you will quickly find out is that the game, in general, is a lot more simple. The maps are smaller and the game is more straightforward (although World of Tanks has never been really difficult). The game feels a bit more casual in that regard. Games are also a lot quicker than your average game on the PC. Since the maps feel so small, you will find an enemy after only a few seconds of driving forward into a battle, and thus it is somewhat easier to get into the action than on the PC. My biggest problem in the normal version is that the maps sometimes feel a bit too big. People can easily hide or surprise you from all sides when you are driving straight into the middle of the battlefield. I know that its my fault because I can’t adjust right to the pace of the game, but to me it just seems boring to wait around a corner, hoping for a poor soul to cross by, or waiting for your whole team so you slowly advance. No, I want to go straight into action and blast away with the rockets.

And this is what works so well in the Blitz version. Every game is action packed, and you cannot really hide from the enemies. You still have to play strategically to stay alive as long as possible, but its not like you’re play hide and seek with the enemy across a large map. One of the greatest things is that there is no artillery either, so you cannot randomly explode like you might in the normal game. I never really liked the artillery, and a lot of people seem to agree with this, but destroying a tank that is nowhere near you and unable to see you at all seems somewhat unbalanced.

Since the game was made for mobile devices initially, the graphics aren’t on par of that in the desktop version of World of Tanks. Honestly this can scare people off. It just doesn’t come as close at all to the original, and it really feels like you are playing a generally old game. To me it doesn’t matter that much and I think it also looks a lot cleaner. No unnecessary foliage that can block your view or things like that, in general it feels a lot more fair and balanced. 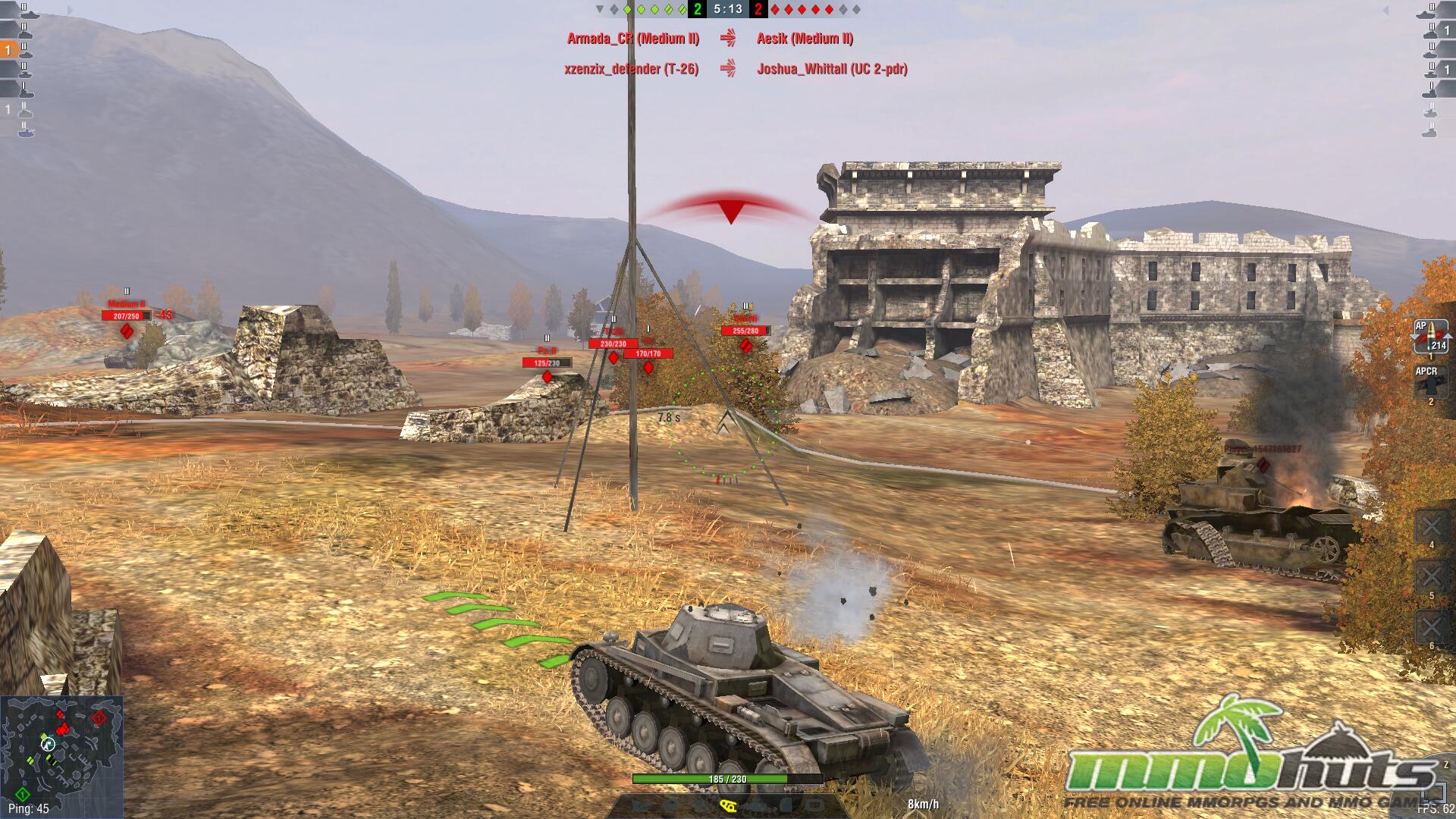 There's very little in the way of cover.

The big question is, which one do I prefer? Well, despite the faster games, the simpler mechanics, and the lack of artillery, I would still go for the normal World of Tanks version when playing on PC. It offers you more, and it is just a bigger package in general. World of Tanks Blitz is still a very fun game, but I honestly do not really understand why they made this particular version available for the PC. Its simply the same game with less features, and not as far in content releases as the actual PC game is. Unfortunately you cannot play on the same account on both your PC and the mobile versions of Blitz either, so I really do not see the point of picking Blitz over the normal World of Tanks. If you absolutely hate theartillery, and don’t mind the more simplistic graphics, Blitz is worth the try. Besides that, I just ask myself, why bother?