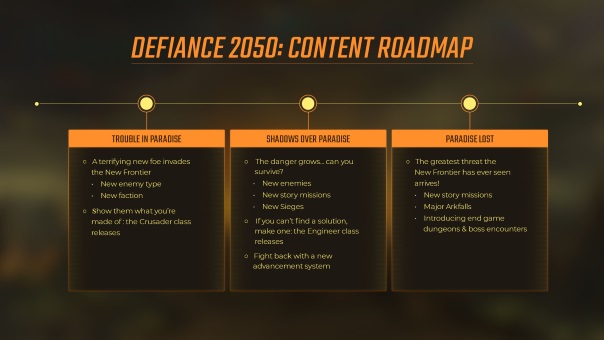 More than a million players have tried Defiance 2050 since it launched less than a month ago, and the publisher has revealed upcoming content in their latest blog post. Defiance 2050 revealed a producer’s letter from Matt “Destromathe” Petitt, that shows exactly what players can expect over the next few months. This includes new classes, like the hammer-wielding Crusader and turret-summoning Engineer. New story content, enemies, and end-game content are all on the way to Defiance 2050, as the reimagining of the original Defiance continues to come to life. The full roadmap can be seen below in the Producer’s Letter.