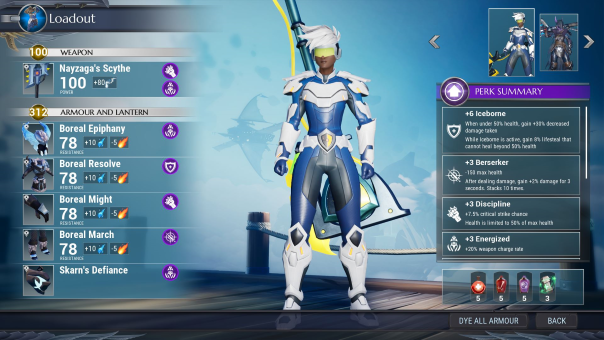 Each Slayer has one loadout slot to start, and can unlock five more through progression and Mastery. Nine additional loadouts can be purchased in the store (in packs of three). Loadouts let players set their weapon, mods, specials, armour, cells, dyes, transmogs, and consumables to make it easier to hop in battle.

The patch also introduced improved UI and HUD elements, plus streamlined weapon and armor crafting. More info is at the link below.