News >
Editorial Articles >
Zeal Demo Preview: Will You Be A Zealot For Zeal?

Zeal Demo Preview: Will You Be A Zealot For Zeal? 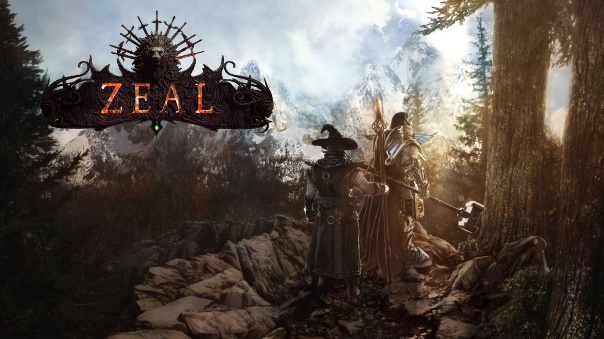 I am not the biggest fan of PvP in MMOs. That’s probably a bit of why I wasn’t the biggest fan of Warhammer: Age of Reckoning. Oddly enough, I really enjoyed Dark Age of Camelot back in the day. Maybe because I also enjoyed the PvE and crafting aspects, and the story and lore that it had going on. The gameplay itself was enjoyable to me.

But neither of those are around in any meaningful way anymore, and that leaves something of an unfilled niche: A good fantasy MMO with a primary PvP focus. Well the folks over at Lycanic studios hope to fill that niche with their MMOARPG, Zeal. Mind you, this is a preview of a pre-alpha game. It’s just recently launched on Kickstarter, so anything and everything is subject to change, and should be taken with a grain of salt.

Zeal, as you might have guessed, is PvP focused. That’s not all there is going to be to the game, however, and they intend for their PvP to feel fresh and unique. One of the core tenets though is the lack of character levels. Instead there will be horizontal progression in the form of lootable gear obtained from dungeons, aimed at 5 or less players. Additionally, there will be a campaign story playable in single or co-op modes. Again, this is all subject to change, and according to their website, depends largely on the results of their Kickstarter campaign. Right now, though, there is only the arena to play around in, and 7 out of the planned 15 classes to try.

I puttered around with the Ranger for a bit to get a basic feel for the game, and there isn’t anything groundbreaking so far. You attack with left and right click, and can bind attacks to a bar. There is no tab targeting, which I suppose is why they call it an ‘action’ RPG instead of just an MMO. Many attacks are area-of-effect and can be dodged, so it really does tend to come down to skill. Of which I have pretty much none, not gonna lie. The one thing I really did enjoy was the bouncing shot skill, and the rope arrow that give the Ranger class a lot of mobility.

Your left click attack can be used pretty much at will, but everything else either requires focus, which regenerates fairly rapidly, or has a cooldown, and it seems like they intend a lot of options as far as customizing your character. It seems the ultimate goal is for any class to fulfill any role, or hybrid. The efficacy of such broad paths will remain to be seen, and I think it’s a pretty ambitious design.

I feel like there’s a lot going on with Zeal and it’s unfair to really impose my experiences on the game as PvP isn’t my favorite thing anyway. The demo is free to try, and I encourage you folks to give it a stab and see what you think. Just keep in mind that the developers acknowledge that a lot needs to change to make this a worthy title, and that’s all in the plans for the future. This is definitely a title to keep an eye on though.

Want to back Zeal? Visit its Kickstarter!