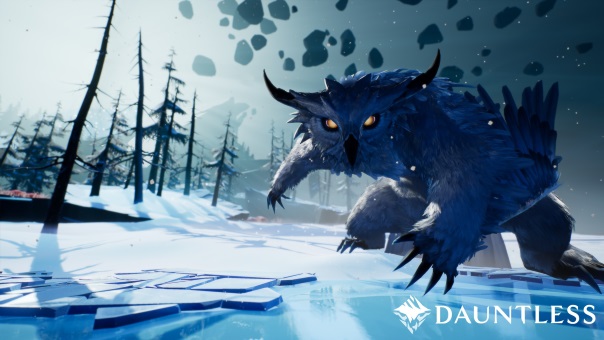 The online co-op Behemoth slaying game Dauntless has officially started their holiday season with the Frostfall event. The world is blanketed in snow and added seasonal content to go with it. From today until early January 2018th this will go on, and introduces new hunts and quests, exclusive rewards, not to mention expanded character creation options and more updates to Dauntless during the Closed Beta phase. Also during the holiday season, Slayers can give the gift of Dauntless by purchasing Founder’s Packs for others, at the link below. From dual Behemoth encounters, where players face two huge monsters on one hunt, to new emotes, cosmetic options, and four potential new in-game titles, Frostfall promises to be action-packed.