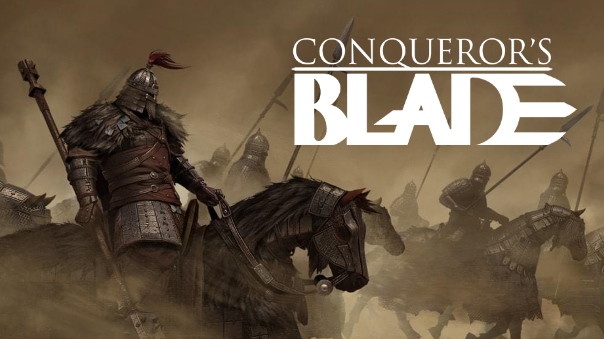 Conqueror’s Blade, an MMO from the folks at My.com which focuses on large scale army battles, has been a bit of a roller coaster for me to preview. I was extremely skeptical going in because I had some gripes with previous titles from the studio. Primarily the game that comes to mind was Skyforge, and the beefs I had involved the class system and the content paywalling.

Then I got to playing Conqueror’s Blade, and I admit, I was hopefully optimistic for a while. The issues with Skyforge weren’t immediately apparent, and frankly, I was having fun with the game. A little Googling however confirmed my worst fears, and demotivated me from playing much further. Sure enough, there are weekly quests, and the number you’re allowed to complete are limited, unless you pay. 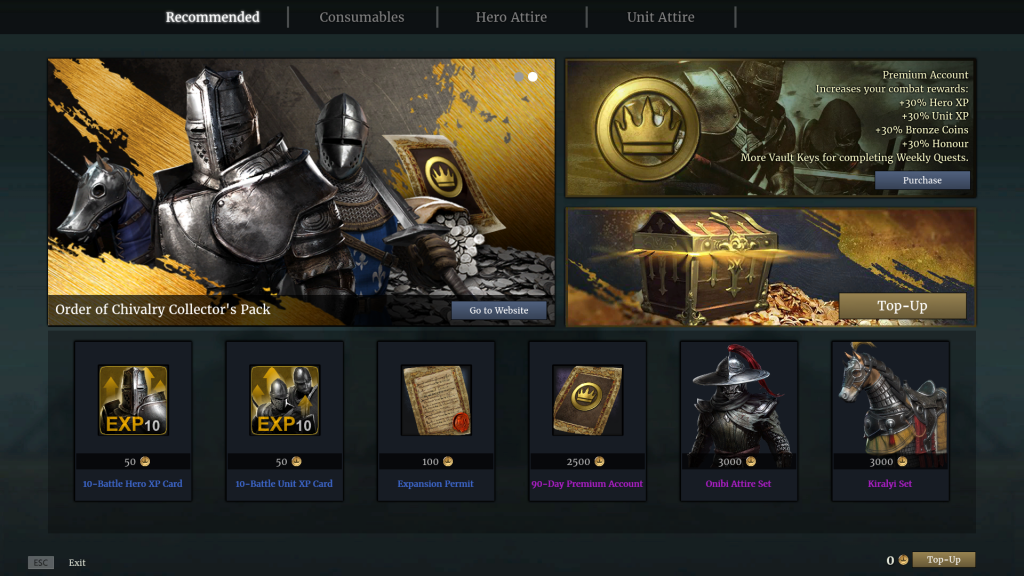 If you’re a paid member, the rewards you get for the weekly quests, and all other content, are also about 30% higher, which means that two people who put forth the same amount of effort, the one that pays is going to have a significant advantage, regardless of skill. Unfortunately for me this pushes the boundaries of play to win in ways that I find extremely distasteful.

That being said, here’s the specifics about Conqueror’s Blade that I’ve discovered so far.

You begin in a small village being terrorized by some antagonist. The name escapes me, but suffice to say he’s got a force of troops and is occupying a fort. The tutorial begins here, just after you create your character. There seemed to be a reasonable number of creation options, including skin tones. It wasn’t the best I’ve seen, but it was far from the worst, and I felt like there were enough options to let me feel like I was making something uniquely me.

So, you enter the game and begin moving around speaking to folks. This is all easy peasy thanks to the game’s auto-pathing system. Simply clicking on the quest window takes you where you need to be in order to progress or complete the quest, which is pretty nice. You can also open a map using the tab button that will allow you to right click to choose a destination. This is handy for finding shopkeepers or other utility NPCs. You can always walk around manually as well, if you’re so inclined. Clicking the map also works during combat, by and by, though you’re unable to run by doing so. Sometimes this is a good thing, but we’ll get to the combat missions later.

During character creation you were given the option to select a weapon. Your first actual combat tutorial will be using that weapon, but you will then be given a chance to try out the full selection of weapons, of which there is a wide variety. You can equip a poleaxe, such as the one I used, or a spear. Sword and board (shield), dual wielding blades, a giant nodachi sword remnant of Sephiroth from Final Fantasy VII, a bow, and even a flintlock style rifle are all options, each with their own strengths, weaknesses, and skill trees. You’re not locked in, and after a certain level you can pick up any weapon you wish, provided you have the funds and/or resources.


The sheer selection of weapons and their diversity is a bit daunting to go into without making this simple preview into a novela, so I’m mostly going to just focus on the poleaxe. I quite enjoyed this weapon with reach, which was able to hit several enemies at one time. The poleaxe does a mixture of piercing, slashing, and bashing damage. Other weapons might be more focused, depending on their type. The poleaxe also had a very nice reach to it, and during one combat I earned an achievement for unhorsing four separate enemies (out of five of them total). This was a very gratifying feeling (sorry boss).

Mounted combat is also a thing, and there’s a tutorial for it, but not until you move to the next town. Since I brought mounts up, though, I’ll just touch on them now. As expected, mounts give you a good deal of maneuverability in combat, but also make fighting tricky. You will swing (or shoot) your weapon which way you’re facing, but in an arc to the side of your mount. Mounts can also be killed (or at least injured) as I mentioned before, leaving you on foot. Mounts will not respawn during a combat mission, but can be replaced between. You can, however, bring more than one mount to a mission, which will allow you to continue riding if your first is taken out of commission.


As mentioned earlier, armies are the core of the game. Each player will lead a unit of troops into battle, which they can give orders to. There are three basic orders you can give: Follow, Hold, and Attack. By holding the button for these orders, you can modify them somewhat. Follow, well, that’s just a basic thing. The hold or guard button, however can be used to choose different formations and tactics, depending on the unit.

Your first units tend to be peasants and farmers, outside of the tutorial anyway, so they don’t get many options. More advanced units, like spearmen, can actually take up turtle formations. This can prove extremely effective against cavalry. You can even hold the button and then move your mouse to choose facing for your formation, allowing you to set up ambushes with archers or defensive positions with infantry. I found it to be a fairly deep and well thought out system.

The final button, attack, has two uses. You can simply press it, and your troops will attack at will, staying generally clustered together, or you can hold it, and use a ground placement icon and arrow to order your troops to attack a specific location. This last is especially useful to get archers to fire on a position, either to breach foes behind defenses, or to suppress troops from advancing into an area.

Now, what would an army simulation game be without sieges? More importantly, what would sieges be without siege weaponry? Cannons, ballista, towers on wheels, and battering rams, these are all parts of Conqueror’s Blade, and you have direct control over some of them. You’ll need to use them all, too, in order to take and hold lands. Don’t expect to do a lot of this by yourself though, as lands are generally held by guilds or clans.

Unfortunately, due to E3 timing, I didn’t get to dive too much more into the game, but I did see other mechanics mentioned, such as resource acquisition, crafting, farming, and the like. I have reasonable faith that these systems are as well designed and planned out as the combat systems, which is to say they’re pretty well done. To be quite frank, I enjoyed the time I put into the game. Whether or not you ultimately enjoy the game will probably have more to do with how you feel about the pay model.

Seeing as the game is currently in open beta, and will be free to play when it releases, the only thing you have to lose by trying it out is time. For myself, I dislike the paywall stuff, so I wouldn’t choose to invest that time, but if it doesn’t bother you, then I do recommend taking a look at Conqueror’s Blade, especially if you enjoy games of the Mount & Blade variety. To be honest, I just never got into the series, though I respect the games for what they are, and see the strong resemblance.