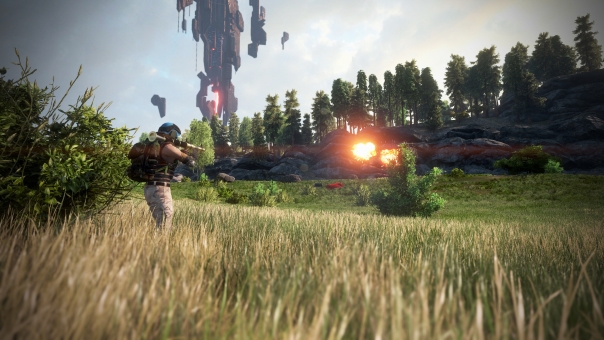 Free Reign Entertainment has announced the launch of Last Man Standing as a free to play title after four months of closed beta. The game offers at least $10,000 in monthly cash payments based on top performances each month, plus seasonal tournaments.

Last Man Standing is an adrenaline fueled non-stop shoot out where players must outwit, outgun and outplay opponents to ultimately be crowned the Last Man Standing in a massive dynamic warzone. Players are thrown into the battlefield with up to 100 other players, fighting each other and searching the environment for weaponry and attachments to enhance their tactical style and get the edge in competition modes. Earn rewards, compete for prizes and fight for glory or death – this is Ultimate BATTLE ROYALE!

Perform well in competition modes and players can earn monthly cash prizes that are based on their 10 best game scores over the course of a month. At the beginning of each month players are ranked in leaderboards based on their scores and put into “Leagues” and within those leagues into “divisions.” Each time a player advances to the next division or league they earn additional score points, giving them a boost as well as additional experience points. At the end of the month, the top players of the “Elite” League earn cash payments and the leaderboards, leagues and division all reset. In addition to competition mode, players can earn a grand cash prize by participating in Last Man Standing’s seasonal Invitational Elimination Style tournaments.

“Last Man Standing is the ultimate eSports player’s game,” said Adam Skidmore, Senior Game Designer at Free Reign Entertainment. “Not only does it contain fast-paced action, but by rating players on their best performances each month, players can win cash prizes when they are able to play. No more tournament times and no more losing out on money just because you had one bad match.”

To ensure fair competition, Last Man Standing features a state-of-the-art anticheat system and a system that records all details about players’ matches that affect their score. At the end of each month Free Reign also manually audits all top players in order to detect any abnormalities or use of cheating programs.

Last Man Standing is completely free and the only purchasable items are Vanity crates that contain cosmetic items. These items do not affect stats and the character will not gain any advantages or boosts.