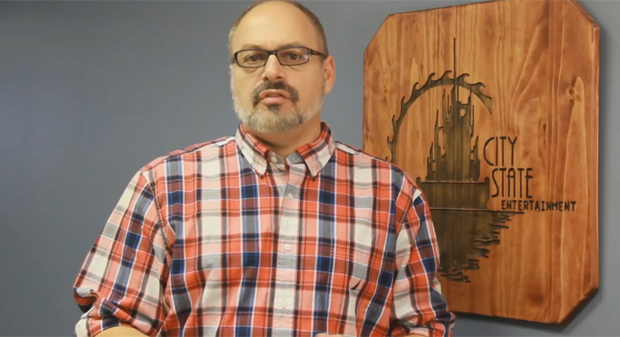 Although focused on the Viking realm warrior known as the Drengr, the more important reveal of the stream focused around the idea of multiple paths offering various armor, weapon and skill specializations that players can build into, master, or mix and match to diversify their build and standing in the community from others. Keeping in theme with horizontal progress, Mark also discussed a soft skill decay system that allows players to make decisions about swapping around their build, but possibly at the cost of previous mastered abilities in other paths.

The second goal of the class system revolves around the promise ensuring that choices matter, and this is best exemplified by the soul binding of weapons, requiring a player spend long periods of time and effort mastering and upgrading a weapon until that weapon is essentially as important to your build as your class and custom built skills. Thus the time you invest and money you spend paying quality crafter players to upgrade your weapon will make it a tough decision to decide to take up a new weapon to pursue another path.

As for unique concepts in the paths themselves, MJ touched upon the general four concepts currently in the works. (Editor’s Note: The path of Thor and Odin seem to have been described differently in the Stream than on actual design document. Updated article to match design document)

The Path of Thor follows a heavier armor hammer wielder capable of throwing his weapon to be a threat even at range.

The Path of Odin seems to be a threat even at range, wearing the lightest armor for fast movement across the field.

The Path of Freya promises a unique swordplay with a magical sword capable of acting intelligently as a quasi-pet. Should be quite the surprise to see where Camelot Unchained goes with this concept.

Finally The Path of Svalinn offers a dual shield that can be broken into individual shields, offering a defensive warrior ideal for holding the line.

For more details, be sure to check out the official post on Camelot Unchained including a link to a 22 page document outlining the full concept ideas behind the Drengr and path system.