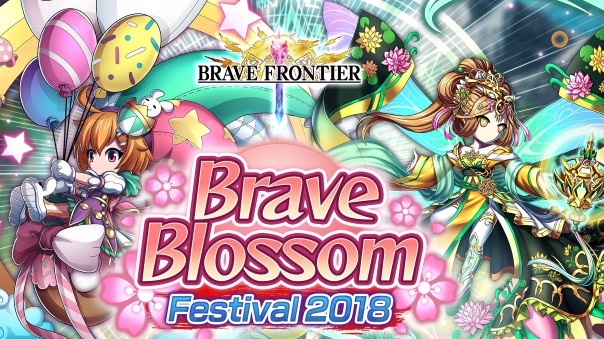 Spring is here, and so is a fun Brave Frontier event to go along with it: The Blossom Festival 2018. It will last from March 21st until April 30th and contain new dungeons, units, raids, and a new feature in Frontier Rift. The login campaign will offer up to 15 gems, 5 Blossom Tickets, and a Free Unit of Choice (from a select group) on the 30th-day login. That’s just the start of it though. A new dungeon is on the way, in the form of Ellie’s Folly, which has a chance to drop special Brave Blossom Festival rewards such as The Burst Queen (Fusion Material that boosts a unit’s Brave Burst/Super Burst to their full potential).

There are also exclusive Global Units during this event:

In addition, there are Free Global Exclusive Reward units made available for summoners to pick up:

Blossom Tickets acquired in this event can be used in the Blossom Omni+ Summon Gates. You can acquire only popular Top 100 units from the Blossom Omni+ Poll from the players, and a Feature Unit of the week from these gates. New to the Frontier Rift, Summoners can now work together with fellow guildmates to reach Rift milestones during a Frontier Rift Event and reap those rewards! In addition, there’s a new Blossom Festival Guild Raid this season, packed with a bouquet of rewards and enemies all who are ready to spring into action.