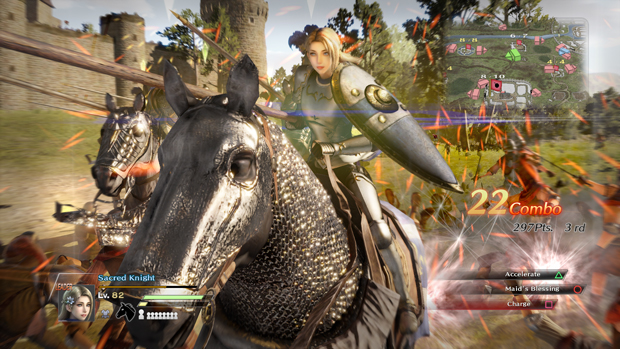 At a San Francisco event last week I had the opportunity to play the PlayStation 4 version of Bladestorm: Nightmare, a combined revamp and sequel of Bladestorm: The Hundred Years’ War. Here’s a quick rundown of what’s new, but beware: minor campaign spoilers ahead. 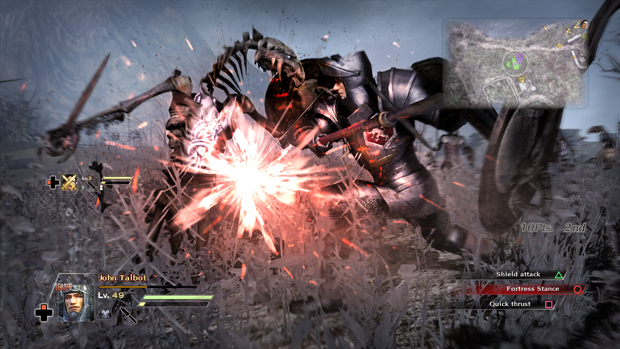 Like Bladestorm: The Hundred Years’ War, the first campaign focuses on a loose interpretation of the Hundred Years’ War between England and France and story arcs between historical figures and mercenaries. Players may choose to fight on either side of the war, control up to four battalions of units, and ‘zap’ (switch) between them in order to capture or destroy objectives. Each battalion is comprised of infantry, cavalry, or archers, with a player-controlled hero to command the battalion’s actions. Alone, the heroes of each battalion are extremely vulnerable and rarely rack up many kills, but they are leveled up and equipped similarly to those in other hero driven games like Dynasty Warriors. Though combat follows a rock-paper-scissors style, knowing which sub-group of infantry, cavalry, or archers to use and when to use their abilities is key to winning. 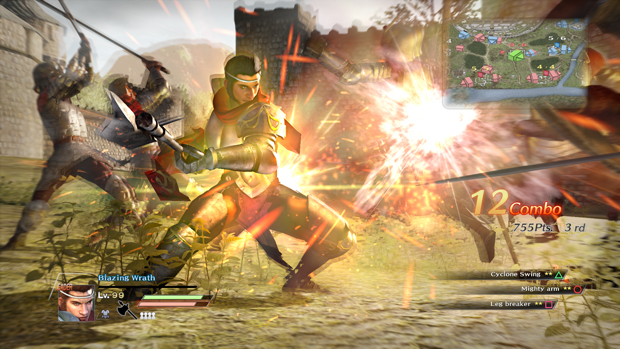 Movement of battalions on the battlefield is similar to that of NPCs in Dynasty Warriors; they move in fluid clumps over and around terrain to strategic locations on the map and will move automatically when not under direct orders from a player. Issuing attack orders to battalions is as simple as pressing a button, and positioning them is easily accomplished with the control sticks. What’s challenging is keeping track of where and how your controllable battalions are acting and assessing when to regroup or press an advantage. 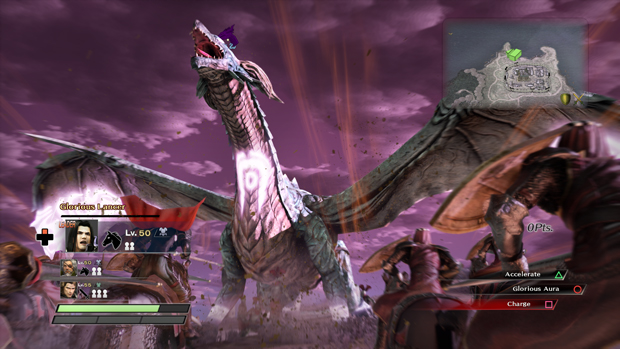 The new campaign, Nightmare, takes place just after the Hundred Years’ War and features an evil Joan of Arc commanding an army of dragons, wizards, goblins, and other creatures. The rise of this new threat prompts an allied effort between France and England, kicking off a weird and crazy story. Based purely in fantasy, this campaign really lets the reigns go with a slew of new units, new battlefield scenarios, and interesting objectives. The scenery and feel of the Nightmare campaign is dark and dreary in comparison to the Hundred Years’ War campaign, with the former taking place on nearly barren wastes and in bloodied villages and cities.

Though Bladestorm: Nightmare doesn’t feature different movement, combat, or vastly improved graphical fidelity, the number of NPCs on screen, and presumably the framerate, has been improved in the Xbox One and PlayStation 4 versions. 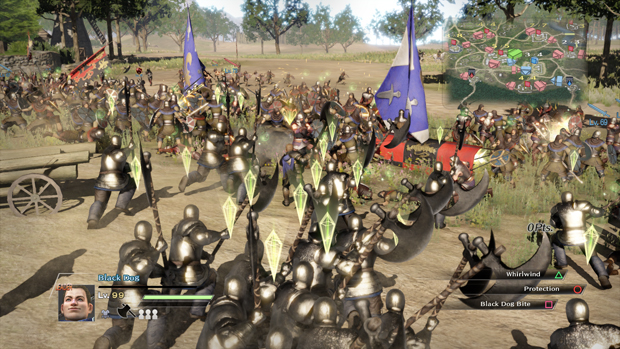 The original Bladestorm was single-player only, but Bladestorm: Nightmare will feature online co-op for two players and any progress made by players during their co-op playtime will count towards their own campaign progression. There will also be online-exclusive missions that require players to compete against each other in various scenarios, like Kill The Captain or Base Takedown, where players compete to kill their target or take over a base first.

In an interesting twist to typical online play, Bladestorm: Nightmare will also have an option to open up campaigns to other players to lead the enemy army, which sets up a PvP scenario and makes the game more challenging and more rewarding in terms of loot. 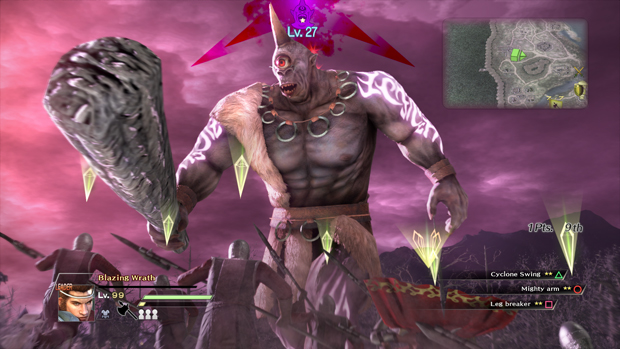 Those who have savedata from Bladestorm: The Hundred Years’ War will be able to transfer it to Bladestorm: Nightmare so they may skip parts of the original campaign or revisit it with new units and equipment, if desired.

Without some serious time with the game it’s hard to judge if the new multiplayer modes, small unit tweaks, and new campaign is quite worth the price and the seven year wait, but for those who wanted to get into the first game but never got around to it then this seems like a great starting point.