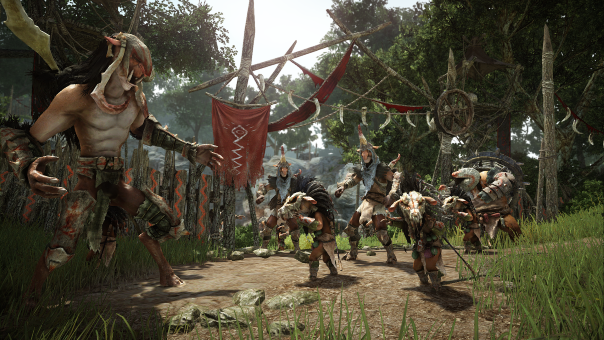 Starting today, Pearl Abyss’ MMORPG Black Desert has an Open Beta live on the Xbox One console until November 12th. It can be downloaded in the Microsoft Store, and more information can be found here. Real-time combat awaits as well as one of the most in-depth character customization tools in any MMORPG to date. Extensive character progression is possible in the Open Beta, and a level cap of 40 has been set to let players get a feel for how the character classes play, and to utilize the skill system. Waiting for players within Black Desert are exciting in-game missions for hefty rewards, four general player events, and seven daily game master events. Beyond showing your worth in battle with monsters and other foes, players can expect to engage in a variety of daily activities such as fishing, gathering and cultivating resources, cooking, trading, and more. Choose from six starting playable classes, each with their own unique playstyle, including the Berserker, Ranger, Sorceress, Warrior, Witch, and Wizard.