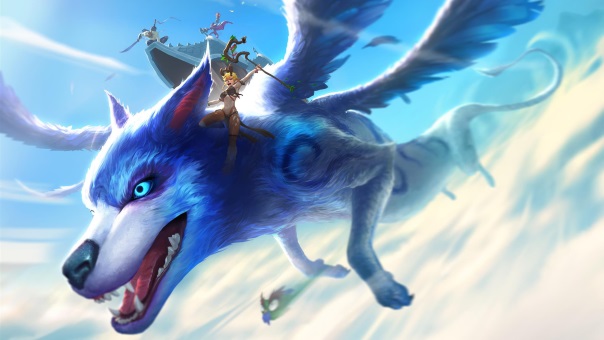 Stunlock Studios announced today that their anticipated Battle Royale mode for Battlerite, Battlerite Royale will be launching as its own game on Steam Early Access. A standalone title in the Battlerite universe, it will be a MOBA Battle Royale game played in a top-down perspective, where victory is dependent on factors like skill, map awareness, and maybe a little luck. Diving down onto Talon Island, players will explore a map 30 times larger than a standard Battlerite map, and find their items and consumables to do battle against other players. There will be a variety of champions to play, with their own unique styles, offering something for everyone as they hunt loot and each other on Talon Island. The signature Battlerite combat and input system remain unchanged, though all Champions have been optimized for Battlerite Royale. Expect Battlerite Royale in September on Steam.

“Early on in Battlerite Royale’s development we noticed how difficult it was to align the battle royale theme with the arena mode and still ensuring the genre and gameplay to work together,” said Johan Ilves, Marketing Director at Stunlock Studios. “Battlerite Royale has become a significantly different experience and we are now separating the games so that each of them can flourish in their own right.”