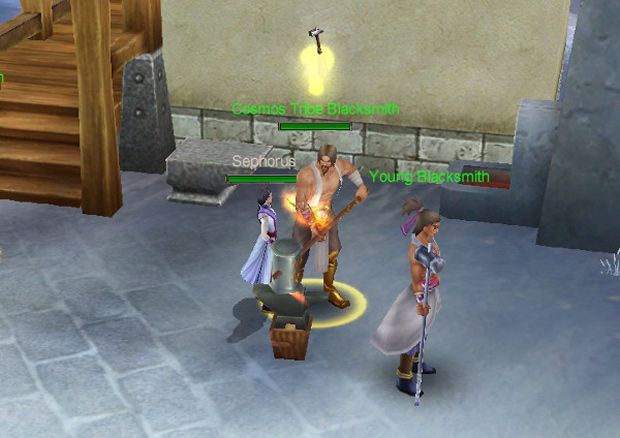 Asura Force, published by Mira Game, is an MMORPG set during a mythological war in the ancient Orient. It promises lush visuals, intense PvP action, and a plethora of activities and diversions to keep players entertained for a long, long time. The reality, however, is that this couldn’t be farther from the truth; with lackluster art and sound, a minimum of innovation, and a horrible localization, the only thing Asura Force does well is act as a prime example of how not to design an MMO.

Character creation is fairly straightforward, if both overly simplified and slightly baffling all at once. You’re given a choice of five classes – three of which are locked to a single gender – and a very small selection of pre-made face and hair styles. There’s also the choice of two tribes – Cosmos Tribe or Chaos Tribe – but character creation does absolutely nothing to explain anything about the two factions. Similarly, class descriptions are written in incredibly broken English, and a few of the entries apparently became large enough in the translation process that they’re partially cut off in the description window. There’s enough to get the gist of each class, to be sure, but it’s indicative of things to come.

From there, you’re thrown into a series of tutorial quests, and while they do a passable job of explaining basic things like movement, equipping items, and turning in quests (IE: typical MMO fare), it falls woefully short on anything more advanced than that, like leveling and caring for pets or using equipment to upgrade a Force Sprite – apparently a spirit companion that travels with you. In one instance, the tutorial segment almost seemed uncooperative, with the person you’re sent to giving you the poorly-translated equivalent of, “Oh, you came to me to learn about this? You figure it out, lawl.”

Visually, Asura Force fails to impress. While the actual design of things like temples, statues, and buildings lean to a more ornate style, textures appear incredibly low resolution, character models seem somewhat jagged and rough around the edges, and animations, as a whole, feel incredibly jerky and unrealistic. Running around felt more like gliding while swinging my arms and legs to poorly try and look like normal movement, and watching PSY – yes, supposedly THE PSY – dance felt more like I was witnessing a terrible hybrid of Gangnam Style and someone really, really trying not to pee their pants. 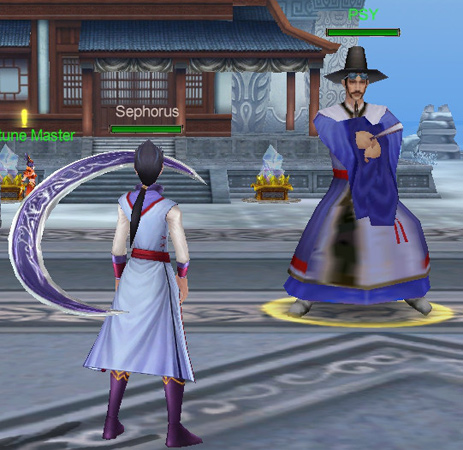 The audio direction is marginally – and I stress marginally – better, but still feels incredibly uninspired as a whole. There’s a few musical tracks that feel quite upbeat and engaging, but offer little in terms of memorability or uniqueness. The fact that they’re short enough to repeat quite often doesn’t help matters, either. The various sounds of abilities, enemies, and other creatures almost feel like placeholders for something much more grand, and there were many a moment where I’d sit back in my chair and wonder, “I just summoned a small flaming dragon to set this thing on fire – shouldn’t this get way, way more than a poof or a whoosh sound?” 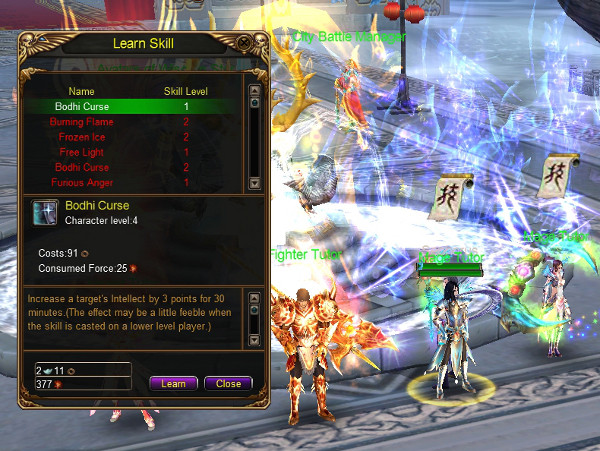 Character enhancement, overall, is both pretty basic and pretty disappointing. You’ll earn trait points – called Inherence Points here – to spend on a whopping two passive skill trees, each with a whopping two choices at each tier. Gear can be enhanced to become progressively stronger, with the old premise that failure can weaken your gear. As you level up, you can purchase stronger versions of your class skills from your trainer. There’s also the aforementioned Force Sprite system that, to this day, I couldn’t figure out – nor do I particularly care to – and some kind of rune system that I hadn’t seen in-game, but seems equally as confusing if the website’s write-up is to be believed. Thankfully, the game also offers an auto-fight system to let you grind out XP so you can go play something far more worthwhile, like Pong. 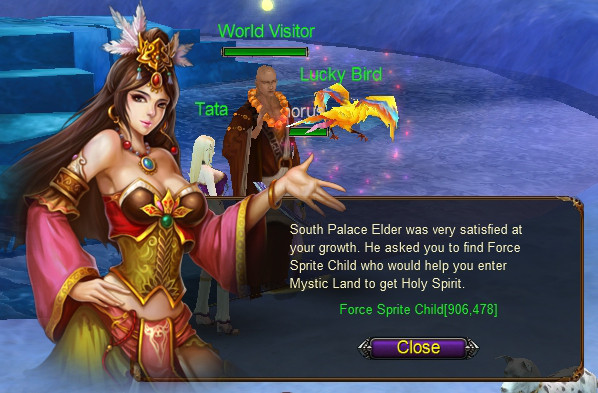 Finally, there’s the localization issue that permeates just about every aspect of Asura Force. Simply put, it’s terrible. Not only is dialogue riddled with phrases like “don’t offend me or you will regret! Lol…” or “You will be able to build a career in future”, but various UI elements were never redesigned to accommodate the differences in language, leading to buttons with text spilling out over the sides or text windows with half the dialogue missing because the ability to scroll was never needed in the original write-up. Broken English is one thing, and potentially something to overlook, but the lack of care with the user interface is just plain sloppy. 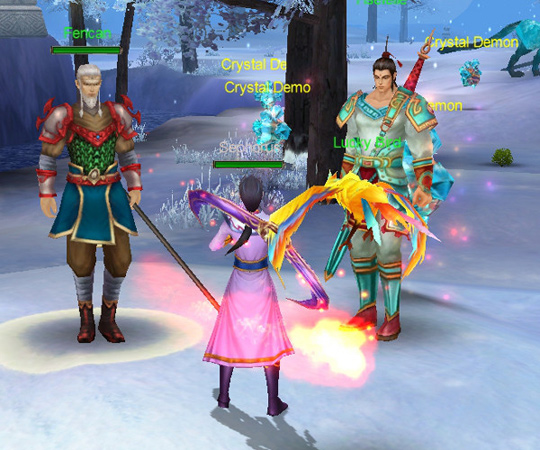 All in all, Asura Force was an incredible letdown. While the initial premise seemed kind of interesting, the overall execution made it seem like none of the developers have any kind of experience with making a good, solid game. Additionally, with the game not being presented as being in beta, it seems like the level of quality – or lack thereof – is precisely what the developers are comfortable with. If that’s the case, the best update this game could see is the one that takes it offline for good.

John Shadle is a reviewer for Game Empire Enterprises, and he’s now thoroughly convinced that playing this game could be used as a sadistic form of torture.