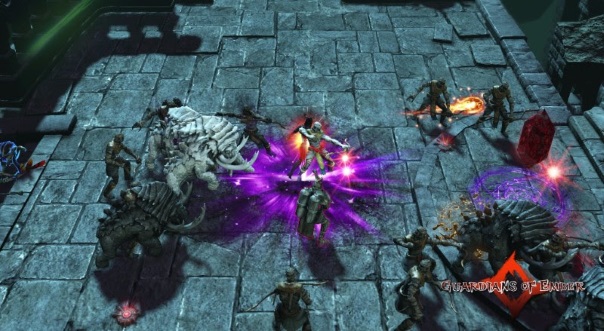 Though longer than anticipated, Guardians of Ember‘s time in Steam Early Access is at an end! After nine months, Insel has nearly tripled the amount of content and added quite a few new features suggested by the community. The action-packed MMO is ready to go for veterans who stuck out the whole nine months and for newcomers who wish to get in on the action, from the “nightmare mode” for dungeons that adds unique rewards and challenges, to group finder and a reworked XP share for groups in general. There’s also a guild skill system, promoting the teamwork of guilds, and players are encouraged to make new friends, or start their own guild to gain these buffs, from extra critical damage, reduced item repair costs, to more regeneration. There’s also the “Horde Mode” which challenges players to ten horrific waves of enemies for honor points to exchange for rare crafting materials for unique, powerful gear. For the whole launch week, Insel games is also offering a 33% percent discount on both editions of the game!