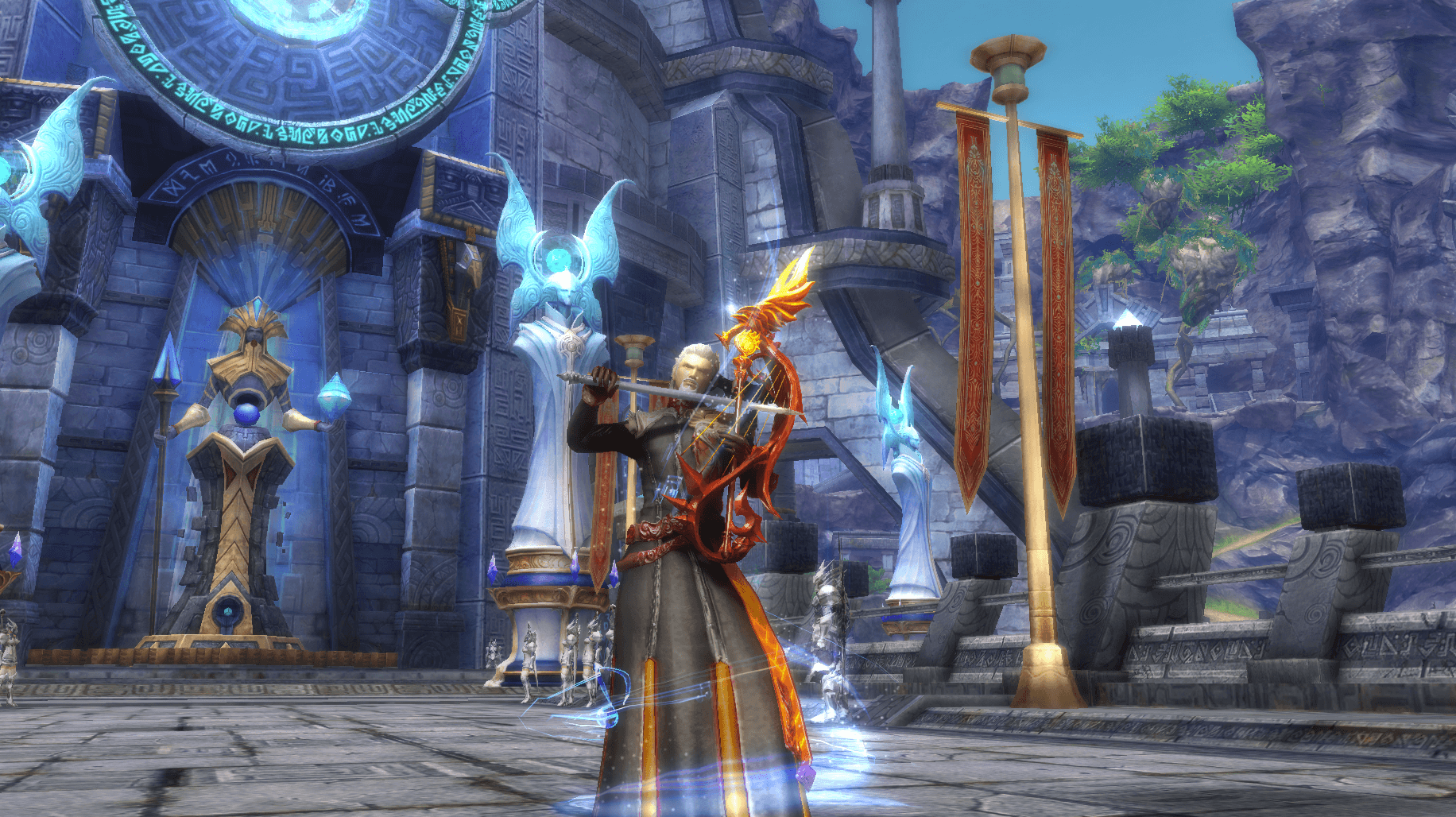 Aion‘s 4.0 latest major update, Dark Betrayal, has been heralded as the start of a renaissance for the aging Korean game. NCSoft reported a greater volume of Aion-related player traffic in July than at any point since its western release in 2009. Pundits around the web have announced a “golden age” for Aion, stating that 4.0 “breathes new life” into the game. Conversely, many long-time players believe it to be on its last legs. Accusations of neglect at the hands of the developers and even the publisher are commonplace, accompanied by complaints about class balance, business model, and game engine performance. Such contrasting extremes of praise and scorn are standard fare for the genre, though, and a veteran gamer knows that it’s much more important to study the facts than it is to listen to regurgitated opinions. 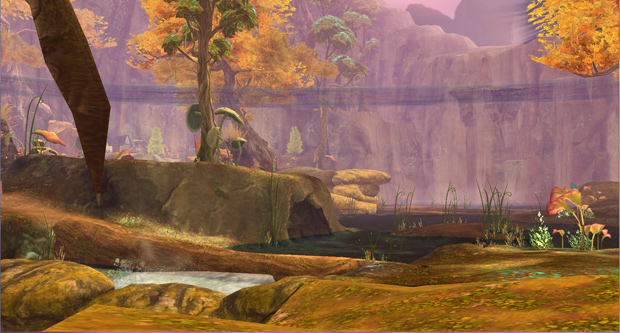 On that note, let’s get started.

One of the most drastic alterations any MMO can make to its fundamental gameplay landscape is the addition of a new player class. With 4.0, Aion has added two: the Gunslinger and Songweaver. In most people’s eyes, player and reviewer alike, the Gunslinger is the more prominent of the two. Featuring snappy gunplay and a host of instant cast skills, this is a fast-firing glass cannon class designed to overwhelm its enemies with a barrage of bullets before they can react. Accordingly, the PvP-centric community (and make no mistake, this is a PvP-centric game) is hotly divided over the Gunslinger’s addition to the roster. The hills are alive with the cries for nerfs. Interestingly, some veteran players speculate that the Songweaver is actually the more potent of the two. That class, however, lacks the streamlined simplicity and obvious appeal of the former. Instead of firearms, the Songweaver uses musical instruments to slay their foes. A multi-faceted supported class, the Songweaver’s capacity for burst damage is mitigated by long wind-up times and a class emphasis on team support that will keep them preoccupied in group encounters. While the Songweaver is often relegated to the role of “mana battery”, the coming months may see their role expanded as the community incorporates them into the ongoing meta. 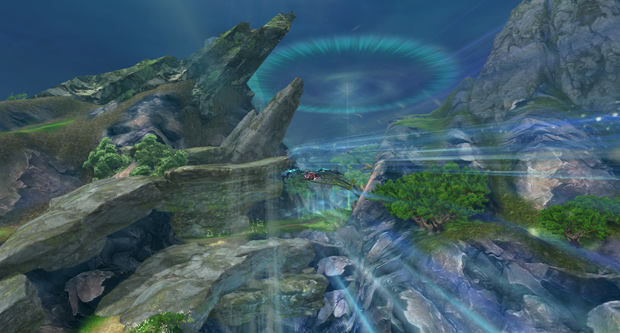 Less drastic changes to the game include facelifts for the character selection menu and character creation screens. Aion still boasts one of the most elaborate character creators in the genre, not only ahead of its own time but even standing head and shoulders above many of its successors. Indeed, one of the main draws of the game is the amount of time and effort a player can invest into the process of making their character as unique as possible. Although the game has only two races to choose from (semi-angelic beings of varying light and darkness), an enormous range of customization exists within each of them. This is further supported by an extensive catalogue of outfits and, on top of that, personal housing. While these luxuries have no direct impact on the mechanical heart of the game, every MMO player has experienced the soul-deadening dread of spending days and weeks of precious time, grinding for experience and then grinding for gear, only to find themselves looking like an exact duplicate of every other player of a similar race or class. The genre as a whole has begun to take steps to address this issue, but any game that’s done as much as Aion has to prevent it deserves a special tip of the hat for that alone. 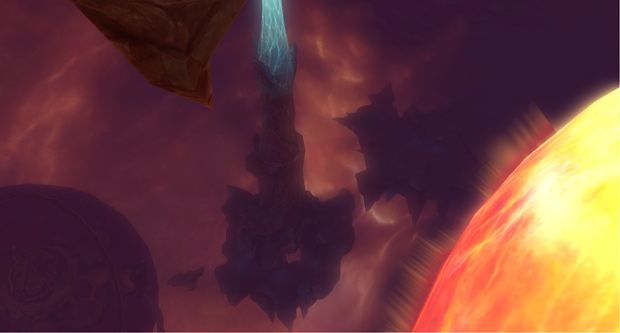 Touching back onto that whole “mechanical heart of the game” thing, though. For all that Aion soars in departments like aesthetic sense (the afore-mentioned character customization, the unique music, and its ambitiously designed environments), it’s mercilessly dragged down by a primitive game engine and an awkward user interface. There is no anisotropic filtering or anti-aliasing here, no texture smoothing nor animation blending of any kind. Auto-looting is available only as a button that takes up precious space on your action bar. The tab-targeting will confound you at every turn and incessant inventory management will demand your constant attention. You will frequently encounter quests that require you to sort through multiple pages of NPC dialogue just to be directed to another NPC who will require that you sort through multiple pages of dialogue just so you can get to the point where they tell you to collect 10 monster butts. This is the norm. While much of the genre has spent the past four years learning how to further streamline and improve the user-friendliness of the gameplay experience, Aion stubbornly refuses. Expect to be impeded by gratuitous bureaucracy when performing the most basic and menial tasks. Look forward to stiff, antiquated gameplay as your reward. 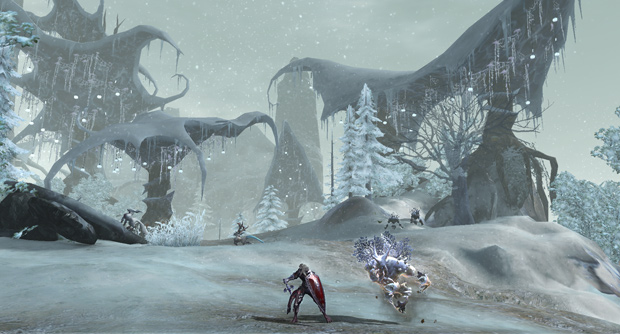 To be fair, the game has made some strides forward in the performance department, cleaning up their network code and removing the need for Pando Media Booster; framerate issues and lag spikes are still common phenomena. Many players loathe and distrust the Media Booster, and many more have complained of crippling and inescapable latency over the years, and these concerns, at least, have been addressed. Many more have not, however, with the official North American website still lacking basic functionalities. MyAion, the online character database, simply does not work. The official game guide hasn’t updated for Dark Betrayal. Patch 4.5 is on the horizon, but the website’s class list doesn’t even feature the Gunslinger and Songweaver yet. 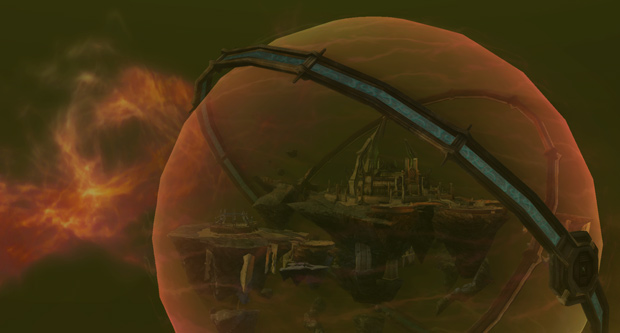 This leads into what might be the community’s ultimate complaint: that the North American playerbase is a neglected relic, a peripheral-at-best interest to the Korean NCSoft. By all accounts, Aion is thriving in its home country while languishing in relative obscurity here. The 4.0 update saw a brief resurgence in player activity, which has since appeared to drop off, and there are already calls being made for server mergers. Veteran players criticize the top-heavy nature of the game, citing the widening gap between the “haves” and “have-nots” while noting the lack of reliable new blood. Even the more optimistic players admit that the four remaining servers have reached a point of stasis. This is compounded by the perpetual faction imbalance, with NCSoft offering in-game incentives to players looking to level characters of the less popular Asmodian faction on certain servers and locking out creation of the consistently more popular Elyos faction characters during certain times. 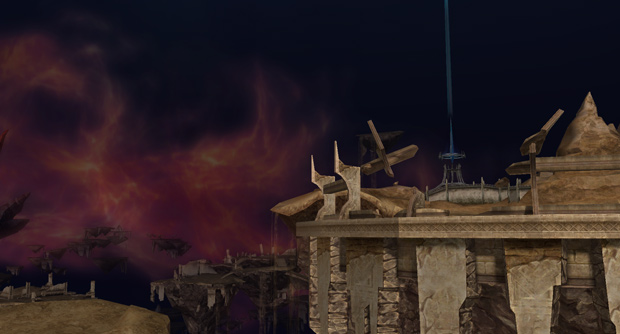 In closing, Aion is a unique game. The grind to level cap has been greatly reduced. The community is small but devoted. The gameplay shows its age, the UI is more hindrance than help, and the art team’s ambitions are often viciously checked by the game engine’s limitations… but it’s an original product, unique in many regards, and potentially a paradise for anyone who loves old-fashioned world PvP.