Ærena: Clash of Champions is an up-and-coming turn-based multiplayer game being brought to us by Cliffhanger Productions. It features a tactical, turn-based style of play in which two players pit their ship and crew against each other in battle. The game has a very unique “Ætherpunk” setting which is quite similar to the popular steampunk and dieselpunk genres. All combined, this should make for a strategy intensive, yet fun gameplay experience. The game is currently available for early purchase via the Steam Early Access program, but will be free-to-play at launch.

The Graphics and Backstory

Ærena: Clash of Champions has a very nice art-style and the backstory appeals to me a lot. I’ve always been a fan of the various ‘punk’ genres – steam, diesel, cyber, etc… And the so-called Æther punk in this game is no exception. I found myself pleased with the art direction the developers chose to go with too. The art fit the setting of the game perfectly, something that is hard to achieve. And I’ve got to say, the newsreel style introduction to the game you get was spectacular and had me hooked right away. 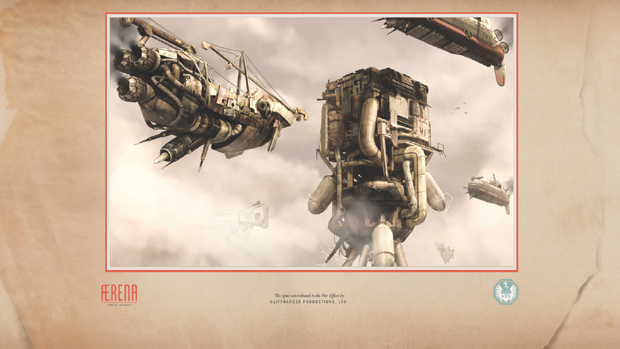 The game board and models themselves were well done and I can’t think of anything to complain about. Textures were of a high quality, too. That, mixed with the music, made for a very intense and immersing experience. You can see the dedication of the art team very clearly while playing. The only thing I would want changed is perhaps some larger maps for the battles as what is available in the Early Access feels a bit cramped at times, but then again I’m not sure how well that would work out with the type of gameplay that is offered. 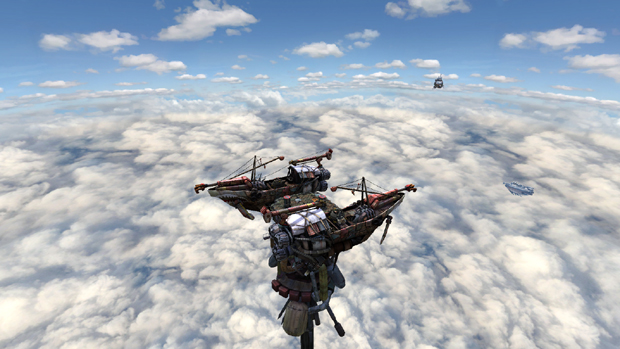 Interacting with the Game

Almost everything is controlled by the mouse. I was a bit confused about how to play, but I suspect that won’t be a problem once the game is released and a full tutorial is implemented. After doing a bit of reading on the website/forums for the game I was able to figure it out. I didn’t notice any clunkyness with the UI, which is great as this is an area that most games tend to suffer with. All-in-all, so far I have found interacting with the game a smooth experience; all that’s missing is an in-depth tutorial – but that will come as development comes further along.

Getting into the Game

Before I talk anymore, I want to stress that the game is still in development and I am currently only playing an early preview of the finished product. You can play this as well via the Steam Early Access program, but you will have to pay to participate (a requirement by Steam). Once the game is finished, and all features have been implemented, the game will be free-to-play and will offer a free rotation of ‘champions’ similar to games like League of Legends. You’ll be able to purchase the ships and champions that you like the most to be able to continue using them even after they’re off rotation, and that’s how most of the income from the game will be made. 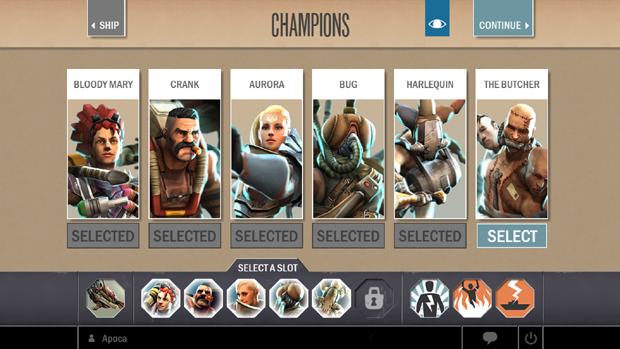 Gameplay is pretty simple to learn, but I imagine it will be hard to master. Currently, the only game mode is a 2v2 match where you fight head on against AI or another player. The end goal is to damage your opponent’s ship enough to cause it to sink. You’ll start out be selecting your ship and your crew of champions. Each champ has his own stats and abilities, so as more are added to the game, more strategies and tactics will be involved. Personally, I found the gameplay to be similar to chess in a few ways but at the same time it was a lot more exciting due to the wonderful animations and graphics. 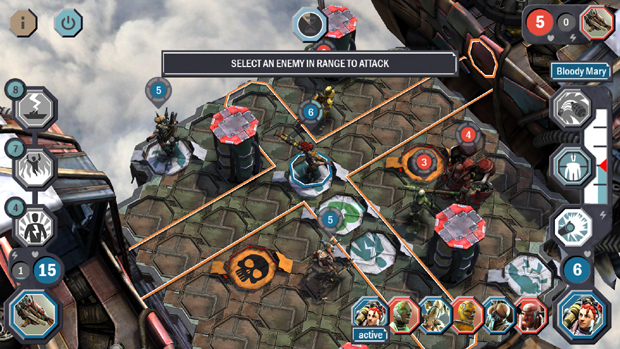 Each match is played in turns. Unlike other similar turn-based titles, you won’t be moving all your units in a single turn. Rather, you will move one unit, then your opponent will get to move a unit, and so on. It’s possible to move and attack in the same turn and this is where the game reminds me of chess in some aspects. Units have a range they can move each turn and each of its attacks have certain restrictions. For example, if you have a rifle-wielding unit, they might have a powerful attack that can only be fired in a straight line in front of the unit, while a melee unit might be able to attack anything within a tile in any direction. 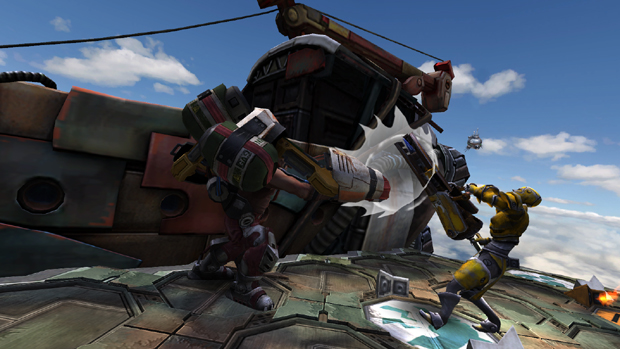 As I said, you’ll build a crew of champions (either from the library of champs you have unlocked or from the free rotation). At the start of the game, you’ll pick three of these to be put on the board. As the game progresses, you’ll lose some champs and then they’ll be replaced by a new one from your pool of available champs that you selected before the match. You can also choose some special bonuses before the match, too. These can be used during the game to give you a bit of an advantage. It’s almost like a TCG in this regard, as you build a crew for your ship from your available champs before going into a match, bolstering them with these special effect shells, similar to how you would build a deck. 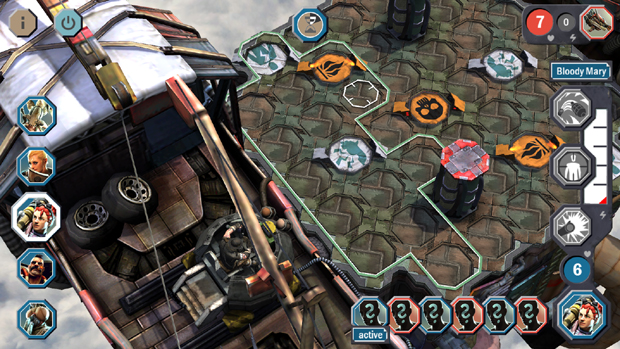 There are obstacles and bonuses on the board. Some tiles will heal your champs, while others will increase the Æther you gather. There are also impassable pillars that you can use for cover, and tiles that have negative effects on you. When you first start out you probably won’t make as much use of these pillars as you should, but as you progress in your understanding of the game you’ll find that they’ll often be important for your strategy to win. The diversity of the champions, the special effect shells, and the stuff present on the game board all make for a game where planning and strategy are king – something that a lot of games tend to avoid nowadays as they try to appeal to everyone and their grandmother.

Ærena: Clash of Champions is shaping up to be quite a fun game. It’s got the strategy that all turn-based games have but is still quite exciting thanks to its pleasant graphics and animations. I’ve come to enjoy the setting of the Ætherpunk universe, too. Thankfully, the game is easy to pick-up, so you won’t have to spend hours reading up on everything to be able to enjoy it. If you’re looking for a new turn-based game that isn’t hard to get into, yet has room for planning and strategy, I’d say keep a close eye on Ærena: Clash of Champions.