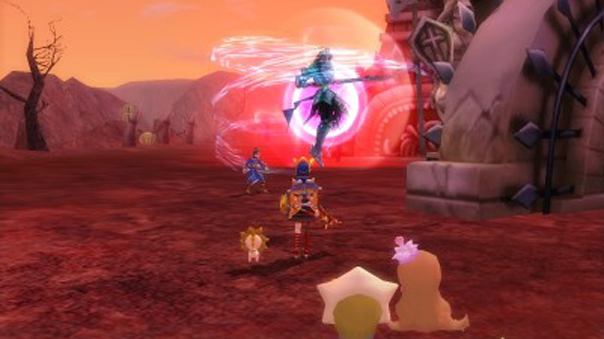 Lucent Heart launched its first major expansion, Scaena, at the end of August, adding two major new features and tons of new content for players to explore. MMOHuts sat down with Product Manager Mark Quilter to look at what makes Scaena so special.

The star of the Scaena update is a trifecta of social dance features. Found underneath the “Emotes” tab, these include a Dance Creator, a Dance Show, and Dance PK. Filled with dozens of dance moves, choreographed by dance instructors and professional dancers, this system has become a popular form of entertainment in Lucent Heart. 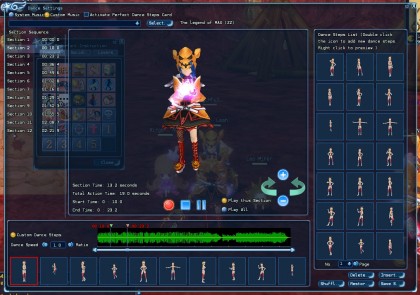 The Dance Creator lets players use one of a few stock songs already available in Lucent Heart, or to load in their own songs (in MP3 format). Personal songs simply need to be dropped in a special folder in the Lucent Heart directory on your computer to be accessed. These songs, when loaded in the creator, are then split into 10-20 second segments. Each segment can be choreographed individually, with dozens of dance moves available on the right hand of the creator. Each move can also be sped up, slowed down, or even held in place to match the music. 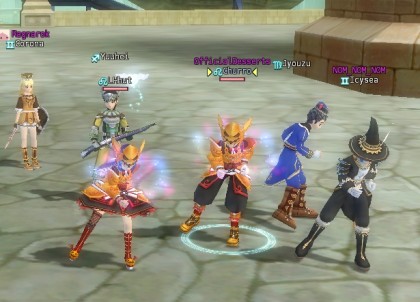 Once complete, players can save their dance and perform at any time through “Dance Show,” the second dance feature. Other players can join in the dance by using “Imitate” (found on the player menu) to sync up with the dancer, although custom music won’t be heard unless the players share the same file name in their music folder. Lucent Heart also recently ran a “Step Up” competition for players to show off their own dances for a chance at prizes, and players can soon have their own pets join them in formation to dance with them. 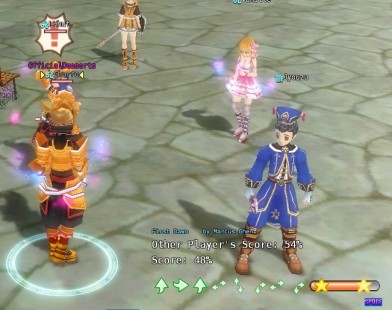 The final feature is the Dance PK. Here, players can challenge their friends to a dance-off with a chosen song. As the song plays, players must enter in a series of arrow commands (much like DDR), and then hit the space bar as a timer (represented by a star) reaches the “perfect” area. Points are tallied up during the dance off, and players can even imitate battling dancers. This function also supports daily dance battle events, where the top players win prizes for their dancing skill. The dance features also include special effects like the Dim Ballroom effect, spotlights, and the pet squad, the last of which allows players to have four pets out at a time in formation to dance alongside them. 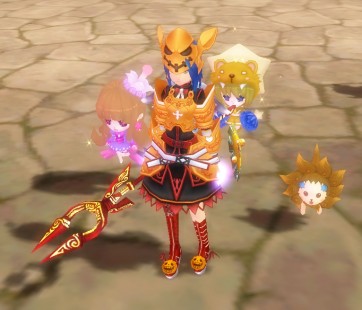 Scaena doesn’t just introduce dancing, though. There are thirteen new areas (including the Heart of Fire, the City of Industry, and more in the new continent of Aislan), and several new world bosses to battle against. There’s also a brand new guild versus guild PvP system, where guilds will battle each other in random match-ups in capture-the-flag style arenas for Battle Points, gear, titles, and other special rewards including guild buffs. These guild battles have sign-ups on Thursday, and take place from Friday through Sunday, making each weekend a miniature guild tournament.

You can see more about Lucent Heart’s Scaena update here.