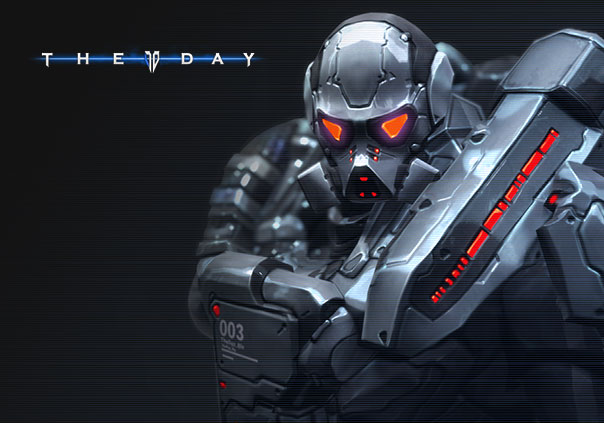 The Day Online is a free-to-play sci-fi MOBA shooter developed by Reloaded Studios for PC and is available on Steam Early Access. In The Day Online players can experience fast-paced MOBA action centered around getting you right into the action.

Gameplay has been tweaked to minimize early-game farming and building, ensuring players aren’t punished too harshly early on if they fall behind. Instead the focus of the game is on it’s intense and speedy combat system with no mana management. You’ll only need to manage the cooldowns on your skills while trying to take your enemies out in this game!

In battle players can freely swap between classes, choosing to play as one of five classes available to four different races. In addition to not all of the classes being the same between races, they also differ between genders within the same race. Playing as a female human and a male human of the same class can have minor tweaks and changes to the playstyle the class offers, lending even more choice to players.

Battles can take place in one of two different arenas with very different objectives. In Resource Battle players will fight on teams to gather points and achieve victory by acquiring resources, destroying structures, and engaging in combat. All actions you take in the match can lead to you getting points for your team, so play hard and fight like your life depends on it. In Downtown players can experience a more classic MOBA battle where two teams will square off, destroying towers down three different lanes that lead to the other team’s Nexus. The first team to destroy the other’s Nexus wins. There are even jungle buffs and monsters to take out in alleys between buildings that will give you a leg up on your opponents.

Delve into a game filled to the brim with hectic player battles where teamwork can mean the difference between victory and defeat. Will you succeed, or fail to blast down your opponents?

THE DAY Online is another game that I personally wouldn't have heard about if it weren't for Steam.

Reloaded Studios has announced that its battle arena game THE DAY Online will begin its second open beta on April 21, 2018.