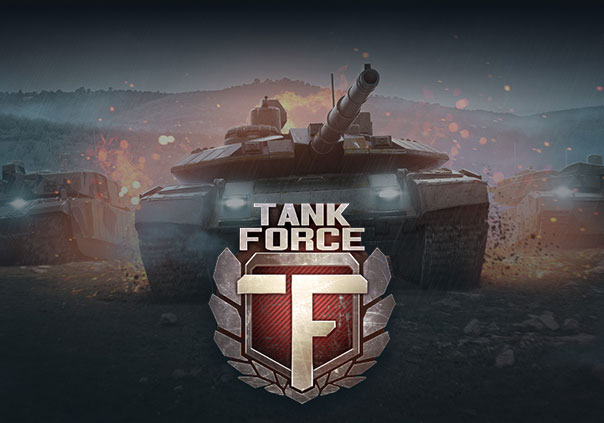 Tank Force is an upcoming free-to-play tank shooter developed by EXTREME DEVELOPERS for mobile devices and can be downloaded for PC on Steam. Tank Force combines the best qualities of a tank simulator and thrilling arcade battles into a single game.

Gear up in some of your favorite Russian tanks and take on opponents from around the world in large-scale battles. Earn money with every match you play to purchase new items. As you progress you’ll unlock even better tanks and modifications to outfit them with, allowing you to customize them to your liking.

Take part in battles across a variety of realistic arenas, battling against players for dominance across platforms. Take up to 10 different tanks into battle to expand your gameplay options and surprise your opponents with each encounter. Realistic physics will carry your shells in the direction you are aiming so make every one of them count. You’ll need to compensate with different trajectories to successfully take down your targets. Environments are destructible as well so get ready to see the earth tremble and part from the massive explosions you cause.

Don’t think you’re going to find yourself getting stuck owning everything in the game either. Tank Force intends to have regularly updated content including new tanks, missions, maps, events, and much more! With 29 different vehicles available at launch and more on the way there’s sure to be a tank that fits your kind of playstyle. Different game modes will also be available to offer even more combat possibilities, giving you different objectives for your battles.

Earn a reputation among other players and show them why you’re one of the best tank operators around. Customize your tank and drive into the battlefield in Tank Force!