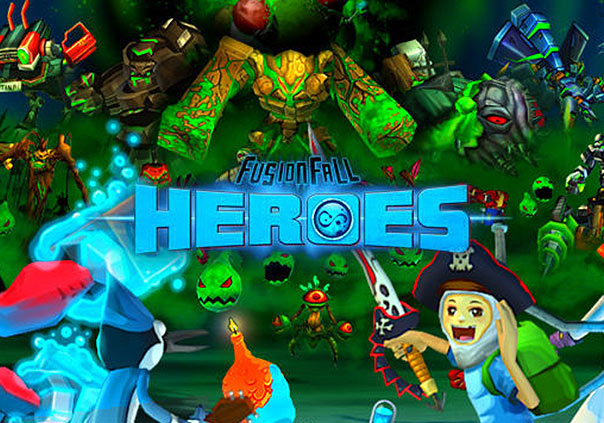 FusionFall sets a new standard in the browser based gaming genre. With huge 3D environments to explore and plenty of voice acting from the cast of your favorite cartoons (like Dexter’s Lab) FusionFall has much higher production value than your typical MMORPG. Even the combat system, interface, and missions are well crafted and easily compete with client based games. But these amazing features come with a steep disadvantage — free players can only access the first few areas of the game which takes place in the future. To put this restriction in perspective: there are a total of 36 Nanos but free players can only acquire the first 4. Full access comes at the price of $6 a month or with the purchase of a $10/month family plan that covers 4 accounts. The first four nanos and their abilities are:

Buttercup – The ‘green’ Powerpuff girl that has the ability to stun your opponents, cast a group heal, or reward you with more fusion matter after defeating an enemy. She is the first nano you acquire during the tutorial.

Numbah 2 – A short fat kid from Codename: Kids Next Door. His abilities include a passive movement increase, teleporting the player back to safe spots or rewarding extra taros for defeating enemies.

Eddy – The most outspoken of the Ed brothers from the series ‘Ed, Edd, and Eddy.’ His three abilities are: a self-heal, a group speed boost, and a shield that protects your boosts & potions from being destroyed by enemy attacks.

Eduardo – A large purple monster from the show Foster’s home for Imaginary Friends. His abilities include a nuke, a radar that detects nearby enemies, and an area of effect heal.