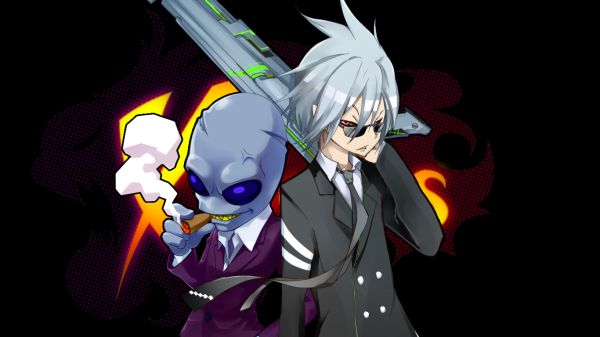 AMKIN Inc., formed by veterans of Square-Enix, Capcom and SEGA, announced today they have begun a crowdfunding campaign on the Indiegogo platform for their latest game: X-Tactics. X-Tactics, is an episodic RPG, set in the modern world, that combines tactical gameplay with elements of urban exploration.

The campaign starts today and will last until Monday, September 15. More details about the campaign can be found here: http://igg.me/at/xtactics

“When we set out to make X-Tactics, we didn’t want to make just another tactical game, nor create some sort of perfect tactical experience. Our goal was to create something new.” said Robert Gould, X-Tactics’s producer and lead designer. “Leveraging our expertise, we combined equal parts of tactical gameplay like that of ‘Final Fantasy Tactics’ and ‘Valkyrie Chronicles’, with fighting game mechanics and aesthetics, like those found in the ‘Street Fighter’ series, to create a new gameplay experience, that we at least, have not seen done before.”

“It is our mission here at GAMKIN, to mashup our gamedev expertise with other fields. So we are using real world data streams, like weather, and location-based data, to enhance X-Tactics gameplay, creating an urban exploration sandbox mode for our players. This combined with the curated episodic nature of X-Tactics will allow us to build a living game, and allow us to expand the X-Tactics universe based on our community’s feedback.”

Regarding crowdfunding, Kengo Okinaga, founder and CEO of GAMKIN, explained that “unlike most other game-related crowdfunding, that depends on funding to start production, we wanted to wait until we had the game’s systems nailed down before starting our campaign, so we could reduce the risks for both our supporters and partners.” adding that “the development team is now focusing on improving features and creating the remaining content needed for release, not simple tasks, but tasks that we feel confident we can handle.”

“We chose Indiegogo as we are based in Japan, and Indiegogo is the best truly global crowdfunding platform out there. And that same global reach will also play an important role to help us build an international community of players that will be able to make the most out of the title’s unique urban exploration features.”